‘Olympus Has Fallen:’ An epic, gory glimpse of Washington’s fall 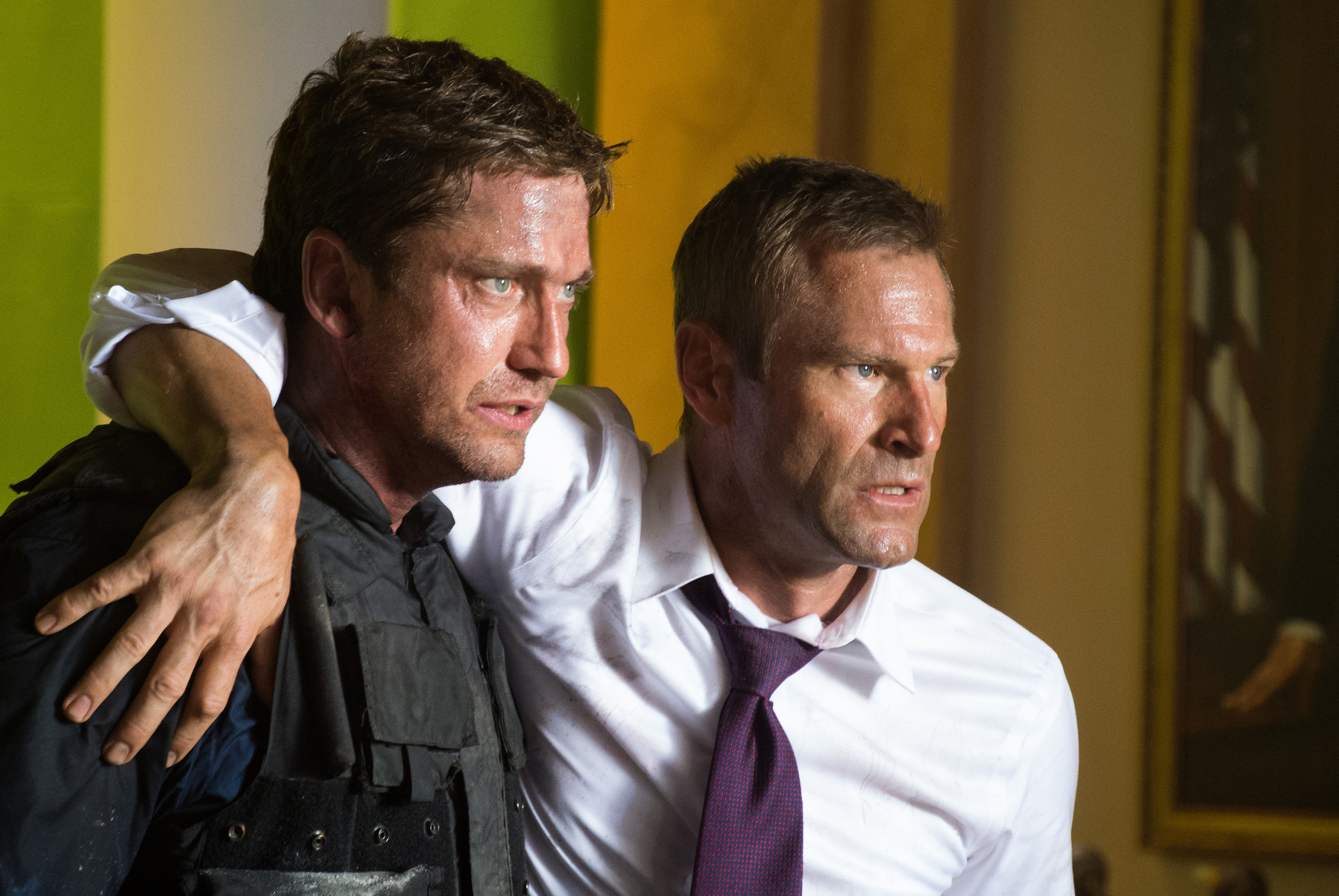 Every so often, Hollywood seems to feel the need to blow a familiar landmark to smithereens. In the frequently bloody action flick “Olympus Has Fallen” (FilmDistrict), it’s the White House’s turn.

Invading this civic holy of holies is a band of North Korean no-goodniks led by an internationally wanted terrorist named Kang (Rick Yune). Ruthless, fanatical and perfectly trained, Kang’s followers require only 13 minutes to take control of the world’s most recognizable residence — whose security code name, it seems, is that of the mountain dwelling of the ancient Greek gods.

The military response time for protecting the White House is, alas, 15 minutes.

This is not good news for President Benjamin Asher (Aaron Eckhart) or the other high officials taken hostage, scrappy Defense Secretary Ruth McMillan (Melissa Leo) most prominent among them. Kang wants the United States to stand down from shielding South Korea, and he’s prepared to use the president’s protective feelings for pre-teen first moppet Connor (Finley Jacobsen) to accomplish this.

The commies, however, have failed to reckon on the fighting skills of Secret Service agent Mike Banning (Gerard Butler). Temporarily sidelined to a desk job in the Treasury Department, Mike survives the initial assault on 1600 Pennsylvania Avenue, though he arrives in time to take out a few of the extras and battle his way into the mansion, guns ablaze.

Bodies litter the White House grounds and corridors; Ruth takes a savage beating as Kang pursues a secret code that will spell doom for the homeland should he possess it; and the Washington Monument is clipped by the wing of a hijacked plane — after which much of it crumbles Twin Towers-fashion. As that venerable obelisk shudders, so too may many viewers.

The film contains gory scenes of combat, murder and torture, several uses of profanity and much rough and crude language. The Catholic News Service classification is L — limited adult audience, films whose problematic content many adults would find troubling. The Motion Picture Association of America rating is R — restricted. Under 17 requires accompanying parent or adult guardian.

PREVIOUS: ‘The Croods’ aren’t so crude; fun for the whole family

NEXT: Jurassic Park in 3-D will leave goosebumps on your goosebumps