While not great, ‘Oz’ revisits Baum’s timeless tale, and those scary flying apes 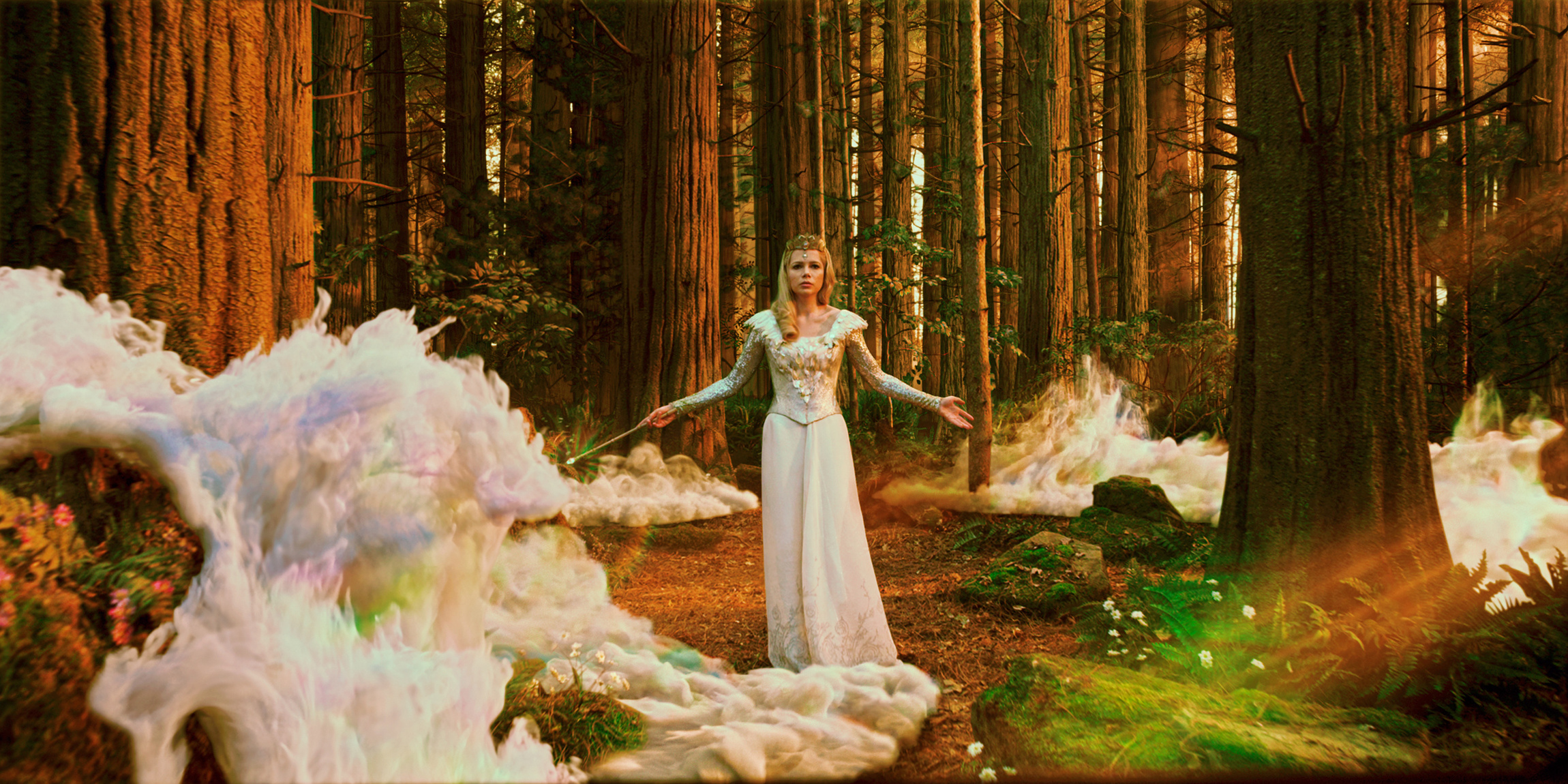 Like its imperishable predecessor, Raimi’s fantasy adventure is based on the writings of L. Frank Baum (1856-1919). This second stroll down the Yellow Brick Road, however, incorporates thematic elements that make it unsuitable for small moviegoers, who also might be frightened by some of the spooky creatures jumping out at them from the screen.

Long before Dorothy was ever heard from — so opening scenes reveal — a small-time carnival roamed the plains that featured among its attractions the magic show of Oscar Diggs (James Franco), a charming rogue known to one and all by his nickname, Oz. Off stage, Oscar is gifted at weaving romantic illusions for the many ladies who take his fancy, a talent that sometimes gets him into trouble.

In fact, it’s while he’s on the run from an outraged rival that he hops into a hot-air balloon and casts off, only to find his escape vehicle caught in the powerful updraft of a tornado. As Judy Garland long ago discovered, transport by twister leads to just one place: the magical land that shares Oscar’s moniker.

There, Oscar discovers that both his arrival and his eventual victory over the forces of darkness gripping the realm have been prophesied. His triumph, should he attain it, will yield Oscar the throne of Oz along with the immense wealth of its treasury.

But Oscar’s self-doubt poses a stumbling block on the way to his promised destiny. So too does his initial inability to determine which of his new homeland’s three presiding witches — Theodora (Mila Kunis), Evanora (Rachel Weisz) or Glinda (Michelle Williams) — truly embodies goodness.

As scripted by Mitchell Kapner and David Lindsay-Abaire, “Oz” emphasizes confidence, cooperation, the marvels of science and the kind of generalized faith in happy endings that constitutes Hollywood’s offense-proof substitute for religion.

Oscar is, nevertheless, shown praying to God in times of need — as, for instance, while spinning through the tornado. And his stated ambition to be a great man, rather than merely a good one — “Kansas,” he says dismissively, “is full of good men” — is eventually proven to be misguided.

There’s even an echo of the Bible — and of John Milton’s great epic “Paradise Lost” — as one character’s consumption of an apple marks her irrevocable embrace of wickedness.

Yet several plot points, including Oscar’s fateful ride in the balloon aforesaid, turn on his womanizing. The specifics of his love-’em-and-leave-’em lifestyle are omitted, as are the limits to which he carries his seductions. Even so, the subject, however vaguely treated, is not one that belongs in a picture for children.

Additionally, tots might be overwhelmed by the sight of grand-scale pyrotechnics and by such sinister beasts as the winged baboons who take flight to protect the interests of dark magic.

The film contains mature references, perilous situations, a couple of mild oaths and potentially upsetting images. The Catholic News Service classification is A-II — adults and adolescents. The Motion Picture Association of America rating is PG — parental guidance suggested. Some material may not be suitable for children.

PREVIOUS: Jack’s giant film adventure: A fun yet scary climb up the beanstalk

NEXT: ‘The Croods’ aren’t so crude; fun for the whole family