All Christians can find their story in overview of first 1,000 years 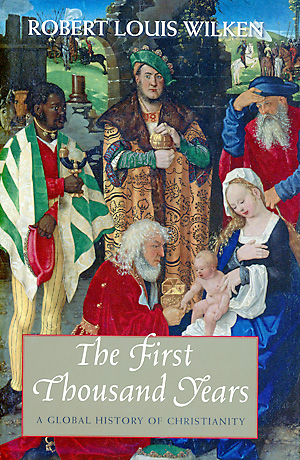 “The First Thousand Years,” a remarkably brief overview of half the Christian story by a prominent Catholic historian, is a refreshing new look at our common biography as Catholic Christians. Traditional histories have tended to privilege the European-centered Western developments, which are crucial in understanding contemporary Protestantism and Catholicism. However, a geographically, theologically and demographically balanced treatment like this one, takes full account of Christianity as it spread to India, Africa, Armenia, Persia and Central Asia in the early centuries, and eventually to China and Mongolia while expanding into northern Europe and the British isles.

We see the Syrian and Egyptian Coptic churches very much in the news, with the Syrian civil war and the so-called Arab Spring. What has not found its way into much of our news is the reconciliation that has taken place between these churches, divided from the Byzantine East and Latin West — Rome and Constantinople — since 451, and Catholic and Orthodox churches. This volume will be a handy way to understand the backgrounds of these churches, the divisions that have divided us and the bases on which reconciliation is developing. The Church of the East (Assyrian/Chaldean), the Armenians, the Ethiopians — as well as Copts and Syrians — are all churches with a dynamic past and rich heritage of resistance to adversity, and a shared ecumenical future based on dialogue and common hopes of restored communion.

The book includes 36 brief chapters, useful maps and a short bibliography. It helps the reader to understand the developments that have made the church what it is today: the canon of Scripture, the formulations of the creeds, the emergence of bishops, the liturgy and sacraments, monasticism, and the rich variety of theologies in the Syriac-, Greek- and Latin-speaking worlds, as well as other cultures throughout Asia, Africa and Europe. The attention given to relations with Judaism and Islam are timely contributions, and essential elements in the story. Half the Christian world came under Muslim rule; many of the churches survive to this day and others did not.

Chapters on the developments in architecture, music, art, governments, social ministries and institutions, and church and civil law give rich insight into the diversity and contribution of Christianity to the variety of cultures where it was received. The volume is particularly useful in expanding the perspective of those raised in their particular tradition, be it Western Protestant or Catholic or Eastern Orthodox, to a time when there were as many Christians in the Persian Church of the East and its missions as far as India and Mongolia, as there were in Europe. It is also helpful in realizing how certain institutions, like church law, the role of the bishop of Rome among the bishops of the world, formulations of the Trinity and the Incarnation, developed in the time after the Bible and in dialogue with the cultures where Christians lived and worked.

The developments of the relationship of the churches with the various civil powers — kings and emperors — is instructive, since Christians sometimes look back romantically to a time when the church was established by authority of the state. However, the relationships were always fluid, often conflictual, and never predictable: “The establishment of Christianity took place as much against political power as in collusion with it.” From Ethiopia to Armenia, from Persia to Spain, the churches inculturated the Gospel in very different ways, with different challenges and different modes of spreading the good news.

We can welcome this volume, both because it presents a new and readable perspective on our own story, but also because it tells the story honestly as it developed, so that it can be read by all Christians who can find in it a way of relating their particular church’s narrative within the larger common account. This should be a helpful tool in reconciling communities who have been divided for centuries, both by culture and by how they have told the story of their relationship to follow Christians who tell the story differently. The thoughtful reading Catholic should take up this tale every few years and read a new history, to be enriched by what we have learned and what the scholars have to tell us about our family narrative.

PREVIOUS: Oblivion: The action-packed movie of the future

NEXT: The Place Beyond the Pines