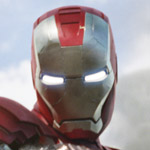 NEW YORK (CNS) — Given that his first appearance in print dates back to 1963, the comics-based superhero of “Iron Man 3″ (Disney) may be said to be turning 50 this year. Perhaps a midlife crisis is to blame for the lack of freshness and charm that mark the latest addition to this blockbuster screen franchise — or perhaps other factors are at fault.

Certainly, the personal advancement that could previously be traced in Iron Man‘s alter ego and inventor — billionaire Tony Stark (Robert Downey Jr.) — has in some respects stalled.

As opening flashbacks to 1999 remind us, Stark was once a booze-swilling, commitment-free playboy. Then his assistant Pepper Potts (Gwyneth Paltrow) won his heart. Yet, while their relationship, cemented in the first sequel, continues to be exclusive, the two are now shown to be living together without benefit of City Hall or clergy.

The latest strain on their yet-to-be-hallowed union arises when Stark’s reckless battle with a mysterious, bin Laden-like terrorist known as the Mandarin (Ben Kingsley) endangers Pepper’s life and sends Stark himself into temporary exile.

The anxiety attacks Stark begins to experience while on the lam — partly inspired by events recounted in “Marvels’ The Avengers” (2012) — leave him questioning his gadgetry-dependent persona as Iron Man. This introduces one of the few substantive themes that director Shane Black’s film — which he co-wrote with Drew Pearce — tarries to explore. Namely, the range of moral and immoral uses to which advanced technology can be turned.

Similar ethical ambiguities can be seen at work in the lives of two promising scientists gone bad: Stark’s long-ago girlfriend of one night’s standing, biochemist Maya Hansen (Rebecca Hall), and lab-nerd-turned-ladies’-man Aldrich Killian (Guy Pearce). These two, it turns out, are somehow in cahoots with the Mandarin, though just what they’re up to is not initially made clear.

Like the touching friendship Stark strikes up with a bullied schoolboy (Ty Simpkins) while on the run, the brief examination of serious issues his newly developed sense of panic initiates gets muscled out of view by serial gunplay and explosions.

So where does it all lead? Why, to the highly flammable deck of an oil tanker, of course.

The film contains much action violence with some gore, cohabitation, an off-screen nonmarital sexual encounter, at least one use of profanity and occasional crude and crass language. The Catholic News Service classification is A-III — adults. The Motion Picture Association of America rating is PG-13 — parents strongly cautioned. Some material may be inappropriate for children under 13.

NEXT: Excesses of ‘The Great Gatsby’ excusable? Not so, old sport