Excesses of ‘The Great Gatsby’ excusable? Not so, old sport 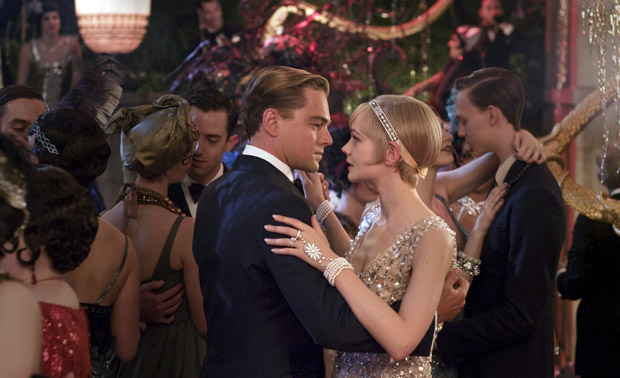 Director and co-writer Baz Luhrmann’s current 3-D adaptation (Warner Bros.) is at least the fourth effort to bring Fitzgerald’s chronicle of the Jazz Age to the big screen, the first of which dates back to the silent era.

Since that 1926 production — helmed by Herbert Brenon — has long been lost, it’s impossible to assess its merits from this remove. But neither of its successors — director Elliott Nugent’s 1949 version starring Alan Ladd and Betty Field and Jack Clayton’s 1974 release featuring Robert Redford and Mia Farrow — generated much critical enthusiasm.

Despite its star power and a script by Francis Ford Coppola, Clayton’s offering was widely regarded as pretty but listless. Though that’s unlikely to be anyone’s assessment of Luhrmann’s film — which is, if anything, overcharged and bursting at the seams — there are other problems afoot.

In particular, Luhrmann’s splashy, sometimes cartoonish approach to the material creates a fablelike setting that distances viewers from Fitzgerald’s characters — and thereby lessens the emotional impact of their downfall.

For those who failed to peruse even the Cliff Notes during high school or college, here’s the setup: Narrator Nick Carraway (Tobey Maguire), Midwestern-bred scion of the WASP establishment, moves to New York, becomes a tyro bond salesman and rents an inexpensive summer cottage on Long Island as a venue for weekend getaways.

His neighbor there, the occupant of a vast, fantastical mansion, is iconic self-made man and would-be social insider Jay Gatsby (Leonardo DiCaprio). Gatsby’s past is shadowy; so too is the source of his seemingly inexhaustible wealth.

Besides sharing the same neighborhood, Nick and Gatsby have something else in common as well: Nick’s alluring cousin Daisy (Carey Mulligan), whom Gatsby, as a World War I-era G.I., once romanced and for whom he continues to carry an obsessively-blazing torch. There’s just one difficulty: Daisy is now married to old-money millionaire and despicable cad Tom Buchanan (Joel Edgerton).

At Gatsby’s request, Nick engineers a reunion for the duo, hardly guessing that the renewed connection will lead on, first to adultery, then to a disastrous confrontation with Tom and finally, through convoluted circumstances, to tragedy.

Luhrmann revels in the frenzied decadence of Gatsby’s lifestyle, choreographing the riotous, gin-laden parties the mystery man hosts in a manner that suggests Busby Berkeley on hallucinogens.

Additionally, Luhrmann’s script, penned in collaboration with Craig Pearce, tends to glamorize the sinful relationship at the heart of the story, suggesting that an unpleasant spouse and the inherent superiority of the illicit lovers are reason enough to ignore the Sixth Commandment.

As Gatsby himself might put it: Not so, old sport.

The film contains scenes of both lethal and nonlethal violence with minimal gore, an uncritical view of adultery, brief semi-graphic adulterous activity as well as some other sexual content, a glimpse of partial nudity, a few uses of profanity, a couple of crude terms and a religious slur. The Catholic News Service classification is A-III — adults. The Motion Picture Association of America rating is PG-13 — parents strongly cautioned. Some material may be inappropriate for children under 13.