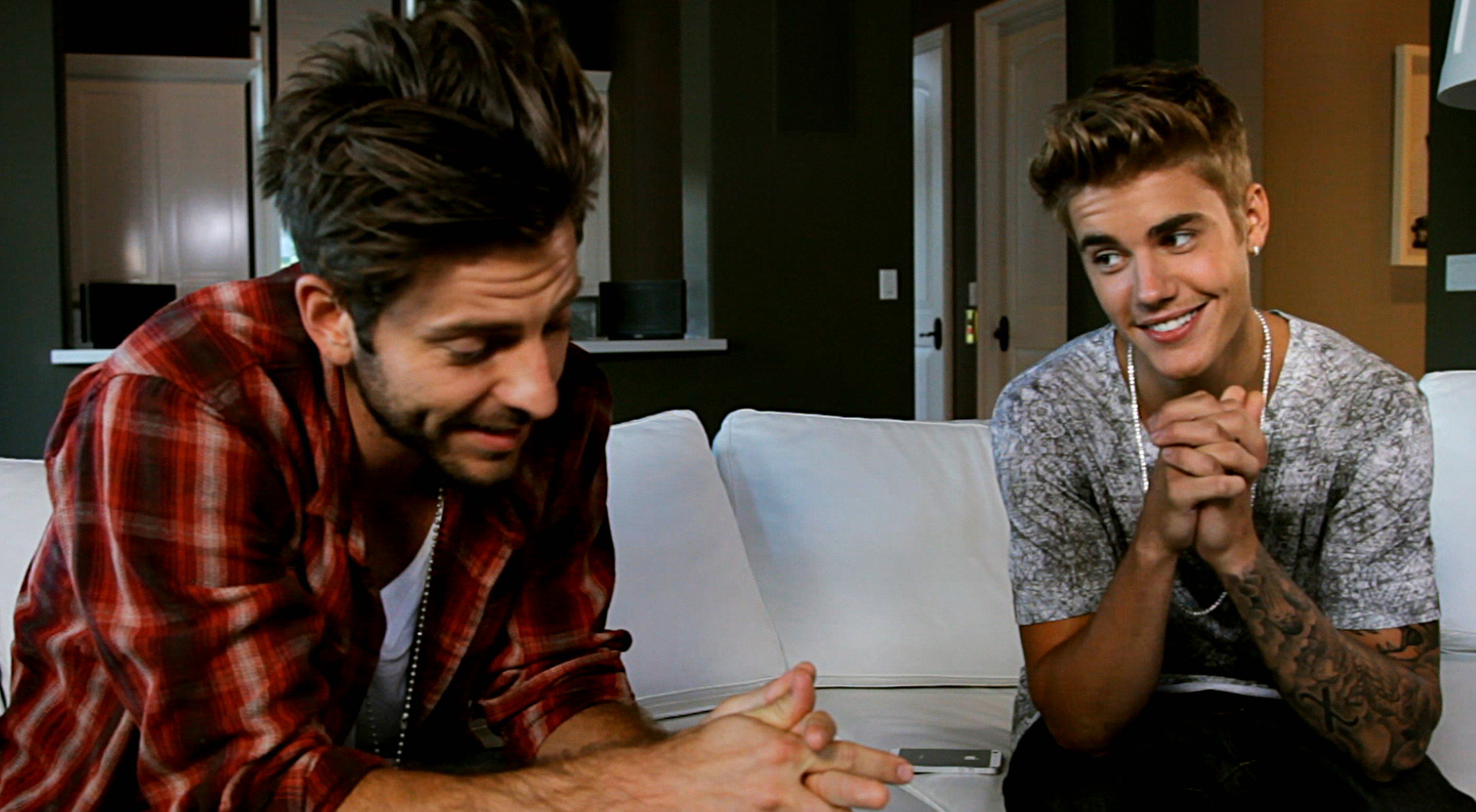 NEW YORK (CNS) — “Believe whatever a pop star and those on his payroll tell you” might be a cynic’s take on the title of the amiable documentary “Justin Bieber’s Believe” (Open Road). Even the harshest skeptic would have to admit, though, that this chronicle of the eponymous star’s second world tour, which began in 2012, provides overwhelmingly harmless entertainment.

The young girls who are Bieber’s carefully targeted audience will certainly need no convincing of his latest project’s worthiness. Exhibit A: home-video footage of one teenybopper awash in tears when her Christmas presents include not only a Bieber book, but concert tickets as well. This is cross-cut with old black-and-white footage of teens weeping at their first sight of the Beatles way back in 1964.

Well-paid idoldom is such a tough job: “When you’ve reached a certain point in your life, there are people out there waiting to see you fall,” Bieber intones in the opening voice-over. “Rather than let gravity take you, you have to take matters into your own hands — and fly.”

On the other side of the spectrum, in following up on his 2011 feature “Justin Bieber: Never Say Never,” director Jon M. Chu does include a brief acknowledgement of the wunderkind’s foul-mouthed encounter with a cursing photographer. “I wanted to know what he was saying!” the Canadian-born singer chirps.

“He is an artist searching for validation. Music is his therapy — it’s his release.” So Bieber’s manager, Scooter Braun, informs us.

All right, already. Stop trying to make all this mean something.

Instead, let true “beliebers” sit back and enjoy the concert footage. They’ll also watch agog as the singer and his producers compose hits, thrill as dancers audition, and chuckle, no doubt, as Bieber directs the video for his 2012 hit ”Beauty and a Beat.”

The film contains a single, incomplete instance of crude language and some gyrating dancers. The Catholic News Service classification is A-II — adults and adolescents. The Motion Picture Association of America rating is PG — parental guidance suggested. Some material may not be suitable for children.

PREVIOUS: Inside the vivid imagination of ‘Walter Mitty’