‘The Book Thief’ explores how reading can overcome bigotry 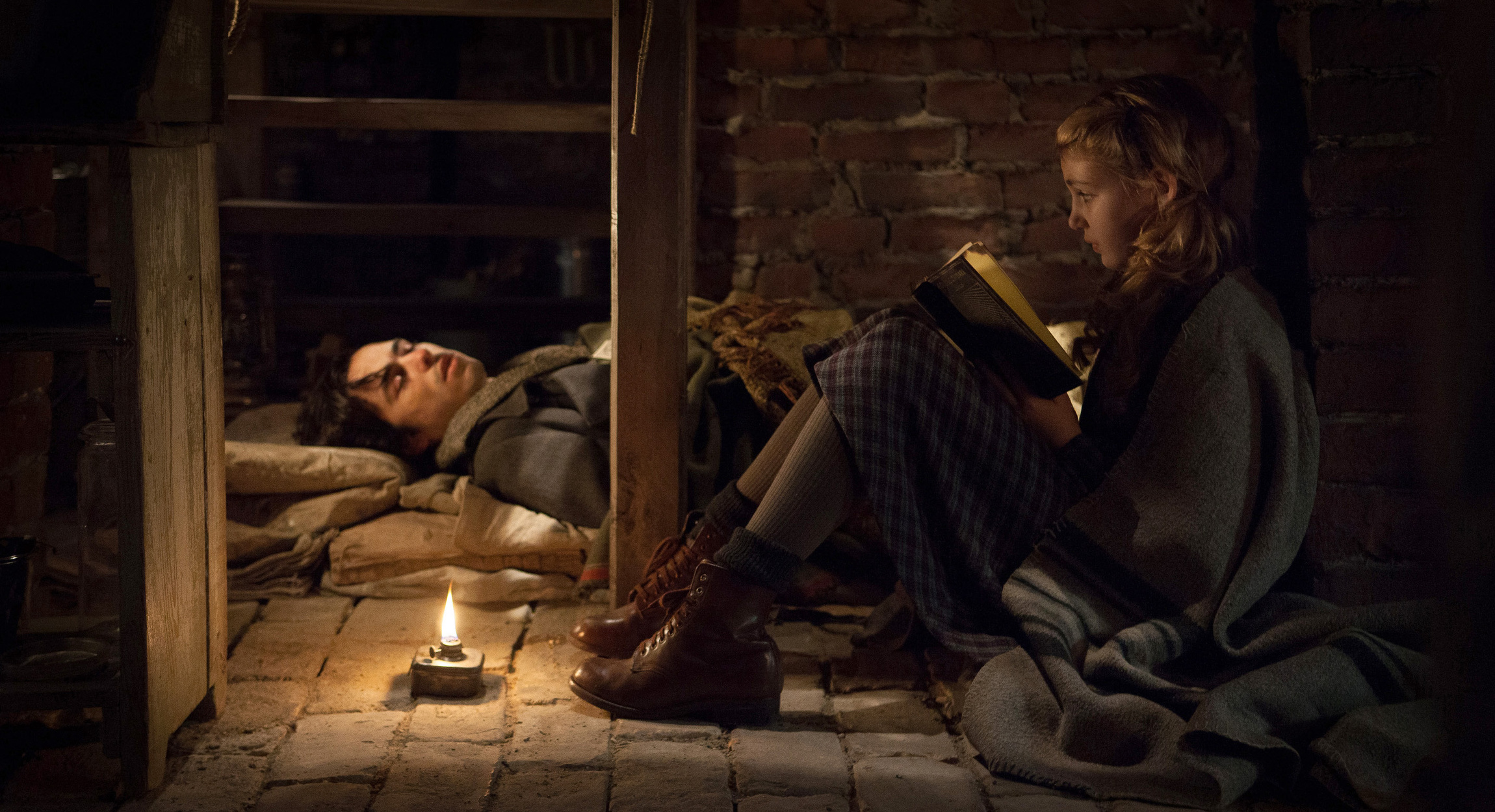 Ben Schnetzer and Sophie Nelisse star in a scene from the movie "The Book Thief." The Catholic News Service classification is A-II -- adults and adolescents. The Motion Picture Association of America rating is PG-13 -- parents strongly cautioned. Some material may be inappropriate for children under 13. (CNS photo/Fox)

NEW YORK (CNS) — “The Book Thief” (Fox), a film about how the power of reading can transcend the vilest bigotry, is so beautifully crafted and performed, it makes you want to embrace and celebrate it.

But the picture comes with a defect that’s too significant to be overlooked.

Director Brian Percival and screenwriter Michael Petroni have squeezed all the nuance and moral ambiguity out of their adaptation of Markus Zusak’s much-lauded young-adult novel of 2005. What’s left is a well-intentioned, awkwardly sentimental Holocaust story filled with “righteous Gentiles” and sanitized of historical context.

It’s still a movie worth seeing, and mature adolescents won’t have difficulty with it. In fact, “The Book Thief” could provide the opportunity for worthwhile group discussions, perhaps focusing on key elements missing from the source novel. Just don’t take what you’re seeing as history.

Sophie Nelisse plays Liesel, adopted by Hans (Geoffrey Rush) and Rosa (Emily Watson) Huberman because her communist mother is on the run. Her younger brother has died en route, leaving her a solitary orphan who, at around age 10, cannot read or write.

She somehow understands that books hold power, beginning with the one she pilfers from one of the men who dug her brother’s grave. Hans spurs her hunger for reading by constructing a dictionary on a basement wall, and she finds a stalwart friend in classmate Rudy (Nico Liersch).

Because she’s such an avid reader, she even grabs a smoldering book when a pile of them are burned in the town square by the bergmeister, Hermann (Rainer Bock). He hopes to placate the Nazi authorities by this show of cultural “purification.” But it turns out he has a substantial library of his own, and his wife, Ilsa (Barbara Auer), happily introduces Liesel to this treasury of knowledge.

Liesel’s love of literature combined with the compassion of her adoptive parents, who hide their Jewish family friend, Max (Ben Schnetzer), in their basement, somehow combine to make her immune from the corrupting influence of the Hitler Youth. Rudy is such a good kid that he happily darkens himself with dirt to imitate his favorite track star, Jesse Owens.

That’s the uplift. Now for the problem.

First, the film is narrated by Death (voice of Roger Allam), who occasionally comments on the purity of someone’s soul. Fine, as far as that goes. But in the scene in which Jews are shown being led at gunpoint to a concentration camp, Death, who’s been quite chatty up until then, is oddly silent.

Second, the screenplay omits the pro-Nazi grown son of the Hubermans, who could have created some balance to the Disneyfied goings-on. His character shows that hatred and bigotry are always among us, inside our walls — not merely outside.

A spoonful of sugar can’t help the Holocaust go down. It’s a big flaw in what otherwise should be a quite inspirational movie.

The film contains anti-Semitic dialogue and scenes of wartime bombings. The Catholic News Service classification is A-II — adults and adolescents. The Motion Picture Association of America rating is PG-13 — parents strongly cautioned. Some material may be inappropriate for children under 13.

PREVIOUS: Movie review: ‘Out of the Furnace’

NEXT: First Christians focus of PBS TV series, Dec. 24 and 31