Movie review: ‘Out of the Furnace’ 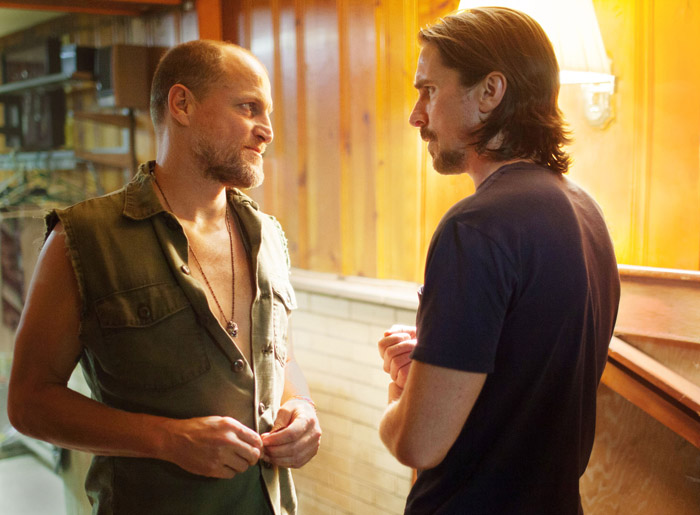 Woody Harrelson and Christian Bale star in a scene from the movie "Out of the Furnace." The Catholic News Service classification is L -- limited adult audience, films whose problematic content many adults would find troubling. The Motion Picture Association of America rating is R -- restricted. Under 17 requires accompanying parent or adult guardian. (CNS photo/Relativity)

NEW YORK (CNS) — Director and co-writer Scott Cooper’s often bleak, sometimes touching drama “Out of the Furnace” (Relativity) is a grim journey into hardscrabble, rust-belt America. Religion in general, and Catholicism in particular, are shown to offer a ray of hope to the good characters who must live within this impoverished landscape. But late plot developments involving vigilantism are treated equivocally at best in Cooper and Brad Ingelsby’s script — and thus require mature interpretation.

Set in the decaying mill town of Braddock, Pa., this is the story of two brothers: stalwart steel worker Russell Baze (Christian Bale) and his younger sibling Rodney (Casey Affleck), a directionless Iraq War vet. Together they endure a series of personal misfortunes, ranging from their bedridden father Rodney Sr.’s (Bingo O’Malley) lingering illness and young Rodney’s repeated tours of duty overseas to Russell’s run-in with the law and the subsequent departure of his live-in girlfriend Lena (Zoe Saldana).

These afflictions culminate when Rodney tries to make a living as a bare-knuckle boxer. Despite the warnings of local bookie John Petty (Willem Dafoe), who organizes the spectacle in Braddock, Rodney wants a shot at the bigger purses on offer in the Ramapo Mountains of New Jersey. But that means getting mixed up with vicious backwoods fight promoter Harlan DeGroat (Woody Harrelson).

With naive Rodney discovering, too late, that he’s out of his depth, it’s up to Russell and their Uncle Red (Sam Shepard) — effectively the family patriarch — to try to rescue him.

Adult viewers will need to bring a well-formed conscience and seasoned judgment to bear on a conclusion as bleak as what has gone before.

Though their presence is welcome, the religious details in the background of these downbeat proceedings are somewhat confused. Rodney Sr. has a statue of the Madonna by his bedside, and Red is shown praying the rosary. Yet when Russell goes to church, which he does more than once, the setting seems more Protestant than Catholic.

Perhaps this is merely a bid not to appear too sectarian. At any rate, the implicit message is that faith is a source of at least some minimal sustenance in an otherwise comfortless environment.

Scriptural values are left in the dust, however, as one of the main characters takes justice into his own hands. Though this is hardly presented as a good thing, there is also no clear-cut condemnation of it. So adult viewers will need to bring a well-formed conscience and seasoned judgment to bear on a conclusion as bleak as what has gone before.

The film contains much harsh violence, with some gore, revenge and narcotics themes, cohabitation, several uses of profanity and pervasive rough and crude language. The Catholic News Service classification is L — limited adult audience, films whose problematic content many adults would find troubling. The Motion Picture Association of America rating is R — restricted. Under 17 requires accompanying parent or adult guardian.

NEXT: ‘The Book Thief’ explores how reading can overcome bigotry