Streaming TV for pre-teens: Fraught with peril or promise? 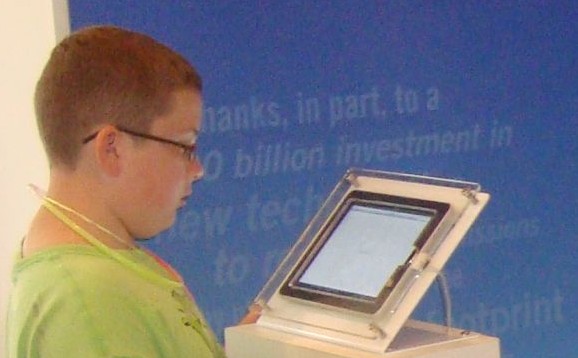 WASHINGTON (CNS) — Do you want your children to be in charge of your TV?

Your answer may depend on how much TV is available to you. Are you getting over-the-air TV, now with fistfuls of subchannels? Are you getting cable? Are you in the 500-channel satellite TV category? Then there are the streaming TV services like Netflix.

That could be an awful lot of choice for any child — and maybe too much, depending on their age and development, even if kids tend to pick up new technology faster than their elders. What if they hook up a gaming console to the TV and can play interactive games over the Internet with other kids? Or maybe those “other kids” are just pretending to be kids.

Even though technology can cause problems, technology also can help parents restrict the choices available and steer kids into age-appropriate content.

A service from Canada called Ameba can help parents sift through what can be a daunting maze of content. Ameba was spiritually begotten from YouTube, although it has no connection with the Web-based, Google-owned video service.

Computer users easily gravitated toward YouTube because it was easy to use, said Ameba CEO Tony Havelka. But Havelka’s idea was to send the stream in the other direction, tailoring it to children.

“Kids are one or two clicks away from some terrible content. Rather than have ‘kids and family’ being a genre, why not just make it the service?”

“Kids are one or two clicks away from some terrible content,” Havelka told Catholic News Service. “There’s some stuff there that nobody should ever see.” He added that his thinking was along the lines of, “Rather than have ‘kids and family’ being a genre, why not just make it the service?”

“Five years ago we had it so the parent would become the programmer. Children would then choose from that selection. Parents knew that everything was within their social and moral values. But it turned out they didn’t have the time. So we started parsing out the content,” he noted.

“We talked to rights holders from around the world,” Havelka told CNS. “Most of them buy in right away. We pump up to almost 25 million devices in the U.S. and Canada, so it gives them a great reach. We don’t curate a library. We deal with professionals. We don’t deal with content providers who work in their backyard,” so a random, camcorder-shot birthday party video is not going to appear on the service.

Havelka talks in terms of the “10-foot experience” (TV), the “four-foot experience” (computers) and the “two-foot experience” (tablets). Ameba can be hooked up to each of them, even a tube TV, he said. Ameba also can be accessed through Roku and Xbox devices, signing up a thousand new users a day via Xbox since the deal was inked last year, Havelka added.

Ameba “knows” what children like and don’t like based on their previous choices and can suggest similar content. If you have more than one child, Ameba will gear content suggestions for, say, an 8-year-old girl instead of her 11-year-old brother once she logs in.

Teachers and home-schooling parents have also taken to Ameba to select and show educational content to students. “There’s a lot of programming that’s in line with the curriculum that’s being taught in schools right now,” Havelka said, even as schools spend to upgrade technology before acquiring content to maximize its potential.

Ameba is hardly the only entrant in this field. Netflix has an app for iOS and Android users which, like Ameba, can accommodate multiple user profiles. Nickelodeon has both the Nick and Nick Jr. apps, and Cartoon Network has its own app as well. You’d have to be a cable subscriber to successfully “authenticate” the app.

Parents would have to steer away kids away from any “Adult Swim” content that might crop up on Cartoon Network’s app. Nick Jr. has the ever-popular “Dora the Explorer” available on its app as well as some original content. As for Nick, I’ve found that the commercially supported cable channel’s fare is coarser than that of its competitor Disney Channel, which takes its pound of flesh in fees up front from the cable franchise, which in turn marks up subscribers’ monthly bills.

NEXT: In two popular comics, faith is central for one hero, missing in another