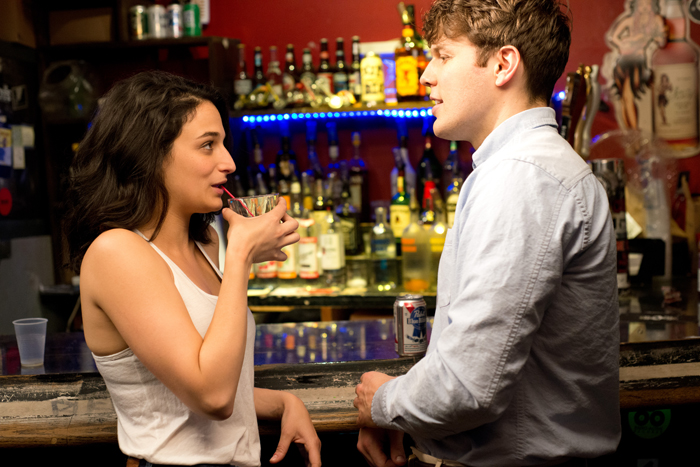 NEW YORK (CNS) — If Satan were a movie critic — and who can doubt he has the right temperament for the job? — he’d likely give the abortion-themed romantic comedy “Obvious Child” (A24) an enthusiastic “two horns up.”

What, after all, could please the Father of Lies more than a piece of baneful propaganda designed to seduce viewers into believing that the termination of a pregnancy — to employ the widespread Orwellian euphemism for this tragic act — is really no big deal. In fact, according to writer-director Gillian Robespierre’s deplorable film, an expansion of her 2009 short of the same title, killing a baby in the womb can serve as the gateway to a bright and fulfilling future.

Just ask down-on-her-luck twentysomething Donna Stern (Jenny Slate). A vulgar-minded stand-up comedian, Donna specializes in regaling her audience with tales of her sex life with live-in boyfriend Ryan (Paul Briganti). Until, that is, Ryan reveals that he’s been cheating with one of Donna’s good friends and takes a hike.

Professional worries are piled on personal woes as Donna is informed, shortly thereafter, that the left-wing bookstore that provides her with her day job — she does her comedy routine for free — is closing.

Predictably, Donna decides to react to all this bad news by drowning her sorrows. She’s well on the way to doing so when she crosses paths with aspiring business executive Max (Jake Lacy).

In a classic case of opposites attracting, the free spirit and the button-down preppy take a shine to each other. So, once Max has been vetted by Donna’s gay friend Joey (Gabe Liedman), he and Donna repair to his apartment for what all concerned assume will be a one-night stand.

Fast-forward a few weeks and it turns out that their encounter has had more lasting consequences. Donna is resolute from the outset, however, that abortion is the only option for her.

Throughout the events that follow, Robespierre treats the taking of innocent human life as something between an unpleasant necessity — on the order of having your wisdom teeth removed — and a rite of passage. Under the latter heading, we learn that Donna’s sympathetic roommate Nellie (Gaby Hoffmann), among others, has undergone the experience and emerged from it emotionally unscathed and morally unrepentant.

Asked if she ever thinks about her abortion, Nellie reveals the depths of her narcissism by saying that she does so occasionally and that it makes her sad — for her teenage self. But, she adamantly concludes, for Donna’s benefit and ours, “I never regret it.”

Worse is yet to come, though, as Donna not only jokes about the impending procedure in private, but makes it the subject of one of her monologues.

Learning of Donna’s situation and her intent, Max is supportive to the point of being submissive. We’re clearly meant to understand, as Max docilely does, that Donna’s choice is really none of his business.

Nonetheless, he brings her flowers and accompanies her to the abortion mill, the waiting room of which becomes one of the venues in which the two deepen their initially casual bond. The fact that they manage to strengthen their relationship while colluding in the liquidation of their unborn child will only bother the backward, sarcastically speaking; all right-thinking moviegoers will welcome Donna’s improved prospects.

With Donna on the operating table, drugged and largely oblivious, smiling dopily as the machinery of death quietly gears up, the soothing sight is meant to convey how painless an abortion can be, at least for the mother.

A better interpretation of the image, however, might be to see Donna, at that moment, as the embodiment of a society lulled to narcotic indifference by one of the oldest, most convenient and most destructive falsehoods in human history — namely, the idea that some class or category of human beings are not in fact human, and that they are not therefore endowed by their creator with rights of which no individual and no government can ever legitimately deprive them.

Resources in support of human life and dignity can be found here.

NEXT: ’22 Jump Street’ takes a flying leap into ugliness