‘Hercules’ is, in a word, strong 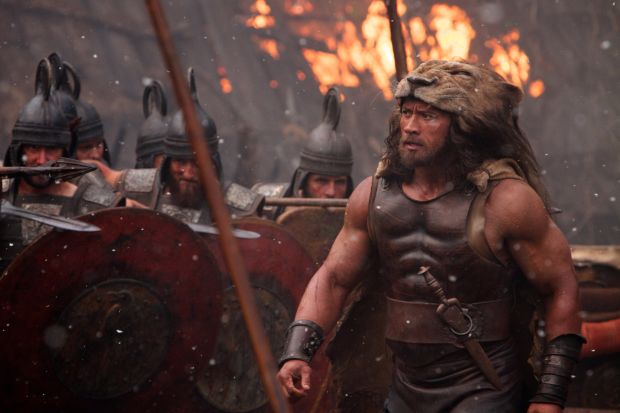 NEW YORK (CNS) — This much can be said for the passable 3-D adventure “Hercules” (Paramount): By comparison with this year’s earlier cinematic addition to the store of lore about antiquity’s most acclaimed strongman, “The Legend of Hercules,” the new film is practically a masterpiece.

Considered on its own, though, director Brett Ratner’s mildly demythologizing take on the subject — which stars Dwayne Johnson in the title role — nets out as amiable and reasonably diverting, but unlikely to linger in moviegoers’ memories.

Based on Steve Moore’s graphic novel “Hercules: The Thracian Wars,” this variation on a durable theme finds the hero — who may or may not be a demigod — following up on the completion of his 12 canonical labors by leading a band of super-skilled mercenaries around the political patchwork of ancient Greece.

When fetching Princess Ergenia (Rebecca Ferguson) turns up to offer this formidable ensemble a job, her proposal seems straightforward enough at first. She wants Hercules and his followers to help her father, King Cotys of Thrace (John Hurt), rid his realm of a marauding rebel called Rhesus (Tobias Santelmann). Their reward? Hercules’ weight in gold.

Of course, anyone familiar with court intrigue, at least as it’s portrayed on screen, will realize that all is not what it seems and that Hercules and company will end up getting more than they bargained for when they struck their initial deal with Ergenia.

The odd witticism and some on-target messages about believing in oneself and putting strength at the service of goodness are scattered through Ryan J. Condal and Evan Spiliotopoulos’ script. But the real agenda of Ratner’s sweeping movie is large-scale combat and plenty of it.

Still, for those grown-ups content to munch popcorn in an air-conditioned theater, this summer dole out of derring-do will no doubt … well, do.

The film contains constant, mostly bloodless violence, some gory images, a glimpse of rear nudity, occasional sexual references, at least one use of the F-word and a handful of crude and crass terms. The Catholic News Service classification is A-III — adults. The Motion Picture Association of America rating is PG-13 — parents strongly cautioned. Some material may be inappropriate for children under 13.

NEXT: Movie review: The Fluffy Movie