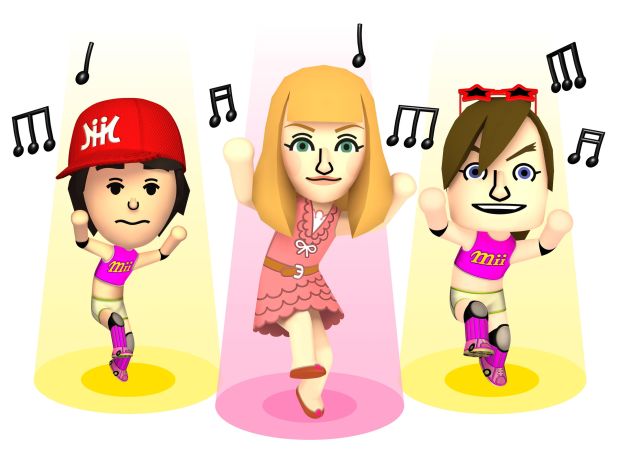 This is an image from the video game "Tomodachi Life." (CNS/Nintendo)

NEW YORK (CNS) — “Tomodachi Life,” a new title for the Nintendo hand-held consoles 2DS and 3DS, is exactly what it claims to be: a game about life.

You create characters, give them distinctive personalities and watch while they sleep, dance, fall in love, go shopping — everything.

It’s a pixilated, G-rated version of the sometimes too-revealing TV show “Big Brother.” It’s also similar to earlier games such as “The Sims” and “Animal Crossing.”

That may sound terribly dull. But playing “Tomodachi Life” is a charming experience — even, at times, a profound one.

Animated characters called Miis are programmed to act consistently with the personalities that gamers give them. But there also can be surprises, because Miis act on their own when their creator isn’t looking.

When players come back to the game after a break, Miis can be visiting each other’s apartments, napping or dancing together. They are digital creations, but seemingly not without some degree of free will.

There are no sources of moral concern in “Tomadachi Life.” Characters can argue and even fight, but this amounts to nothing more than tossing objects at one another that don’t make any contact. Miis, moreover, are not allowed to use profanity.

However, there is a forthcoming change in the game to which parents should be alerted. Upon the release of “Tomadachi Life,” Nintendo was criticized because none of the characters is allowed to partake in same-sex relationships. Nintendo is including such bonds in future iterations, so concerned guardians will be well advised to purchase the first version.

“Tomadachi Life” takes place within an island community. The player names the island, and then goes about creating Miis.

A Mii is formed either from scratch by providing information via a kind of low-tech Myers-Briggs questionnaire, or by importing characteristics from photos and personal profiles found on the console. You can also use celebrity Miis, such as Christina Aguilera and Shaquille O’Neal. Your island boasts a fully functioning urban landscape, with apartment buildings, a town hall, shops, fountains, etc.

The player’s job is to make sure that the Miis are happy. Miis need to be fed, clothed and given medicine when they’re sick. They also have to be introduced to other Miis.

Miis acquire different homes, better furniture. They wear hats, get married, have children — and then have to hire baby sitters. As it turns out, it’s actually more fun to see what a Mii will do on his or her own rather than trying to over-program the figures.

By increasing the happiness of a Mii, the player earns money in a bank account. It’s almost like piling up riches for kindness and good deeds before you get to heaven.

Missing in “Tomodachi Life,” however, is the idea that people can gain greater rewards through self-sacrifice and the renunciation of materialism. A Mii priest or nun would have added a spiritual, countercultural component and made the game even more interesting.

Different generations may react in varied ways to “Tomodachi Life.” Little children and young people will delight in the game, as it provides a kind of cartoon blueprint for some of the dynamic things that happen in life. Kids also love hotels, and the apartment buildings in “Tomodachi Life” are like big vacation resorts full of diverse characters.

Adults, however, may be more ambivalent. Whether through the breakdown of the family, suburban sprawl or a digital revolution that keeps human faces glued to small screens, real-life communities are not as strong as they once were. It’s almost sad that “Tomodachi Life” is so captivating. Previously, people could have experienced something similar just by going about their nondigital routines.

Reviewers have given “Tomodachi Life” strong marks, delighting in its realism and in the sometimes oddball behavior of the Miis. But before the homogenization of modern life, such characters really existed. Now they subsist in the digital world — safe, cute and pixilated.

NEXT: ‘Let’s Be Cops’: One of those bad ideas from the start