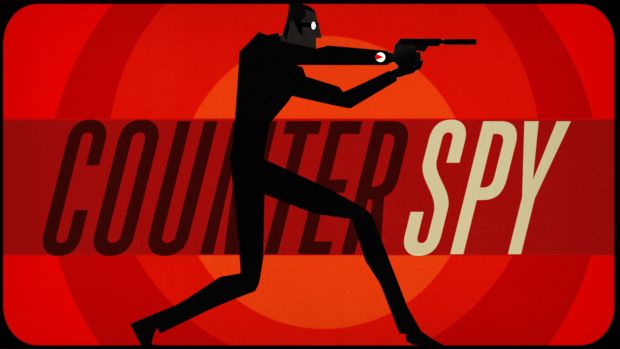 NEW YORK (CNS) — Take one part James Bond, one part arcade-game shooting gallery, mix in some Pixar-style animation from “The Incredibles,” and you’ve got “CounterSpy” (Dynamighty), the new video game for Sony consoles.

It’s a retro Cold War adventure that skips nudity and profanity but goes heavy on the gunplay. As the title suggests, you’re a spy, and the object of the game is to disable a missile system. That requires taking out a lot of guards, and while the resulting violence is not overly graphic, it is intense, and contains distantly viewed blood splatter, making this an unsuitable choice for children.

“CounterSpy” features two predominant forces: the Imperialists and the Socialists. These are obvious stand-ins for the United States and the old Soviet Union. But here both governments want to launch nuclear missiles at the moon. That, in turn, will draw the moon into Earth’s orbit, destroying it.

Why either the Imperialists or the Socialists would conspire to bring on a worldwide catastrophe that would result in their own demise is not made clear. Perhaps they’re too Dr. Evil- or Dr. Strangelove-demented to care.

But the graphics are sleek, drawing heavily from the “cartoon modern” style of the 1950s and ’60s. And the soundtrack is brassy jazz, complete with a pronounced guitar reverb that calls to mind the most iconic operative of them all, 007.

The gamer takes on the role of an agent of C.O.U.N.T.E.R. (cue Austin Powers), a group whose goal is to prevent the two superpowers from destroying the planet. Once you choose which side you want to infiltrate, you have to disarm their launch codes. This involves negotiating a military installation that is a labyrinth of corridors, computers, ladders and guards.

As you purloin codes, medicine and intel, you gain money — which allows you to buy better weapons. But get ambushed and the “countdown clock” stars, giving you only minutes to abort the launch sequence and save humanity.

“CounterSpy” is generally fun, but it does have some technical glitches. The game shifts from 2- to 3-D when you duck behind an object to take cover, and this can lead to confusion, making it difficult to return fire smoothly. And it’s sometimes hard to shoot at opponents coming at you from perpendicular angles. Additionally, the load time for a new game, especially if played on the Sony Vita, can be long.

There also is the more basic philosophical problem posed by the narrative’s historically inaccurate moral equivalence. The United States may not always have been ethically pure when it fought the various battles that made up the Cold War. But as a general matter, the West — including, of course, the Catholic Church — was fighting for freedom and human dignity.

To reduce the real-life conflict to a fictional contest between equally deranged Socialists and Imperialists is an insult to those who fought on the side of right. It also does a disservice to youthful gamers who may not be well versed in recent history.

The game contains considerable gun violence with mild gore. The Catholic News Service classification is A-II — adults and adolescents. The Entertainment Software Rating Board rating is T — teens and up.

NEXT: Doll keeps popping up with devil-may-care attitude