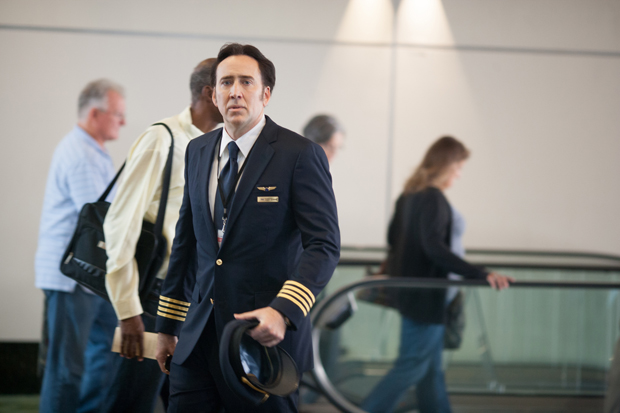 In part, that’s a good thing, since, in bringing the first in a series of novels by Tim LaHaye and Jerry B. Jenkins to the big screen, director Vic Armstrong has steered clear of the anti-Catholicism that characterized the overall saga’s print version.

What remains, however, is a low-rent drama based on an interpretation of the Apocalypse at odds with church teaching on the subject. That, by itself, makes this inappropriate fare for youngsters — or poorly catechized adults for that matter.

Like a previous set of films based on LaHaye and Jenkins’ works, and starring Kirk Cameron, this reboot rests on — and exists to promote — rapture theology. As portrayed here, that’s the notion that there will be stages to the Second Coming of Christ, the first of which will be the sudden gathering up to heaven of all true believers.

Those unfortunate enough to find themselves in the situation of the title will then face a period of tribulation characterized by the famines and earthquakes Jesus prophesied in Chapter 24 of St. Matthew’s Gospel.

Not surprisingly, the spontaneous disappearance of millions of people — many of them driving cars or even airplanes at the time — triggers all manner of catastrophe. And the low morals of those rejected by the Lord mean that shoplifting and other forms of social chaos are bound to commence tout de suite.

Observing all this is the movie’s trio of main characters: airline pilot Rayford Steele (Nicolas Cage), his daughter, Chloe (Cassi Thomson), and Chloe’s newfound crush, famed journalist Cameron “Buck” Williams (Chad Michael Murray). Conveniently for all concerned, Chloe met and fell for Buck at the airport, just as he was about to board a London-bound flight helmed by none other than you-know-who.

Halfway across the ocean, the rapture kicks in, and panic breaks out among the unrighteous.

Those at the center of the story can’t say they weren’t warned, though. Chloe’s mom, Irene (Lea Thompson), was a fervent convert who served as a Christian Cassandra to all around her.

As for Buck, a woman back at the airport made a nuisance of herself asking if he didn’t recognize the divine plan behind all those disasters he’d been covering lately. But would he listen? If he had, there’d be nothing left of him on earth but his clothes and wristwatch.

In the end, “Left Behind” amounts to little more than a 1970s-style disaster movie with a tedious overlay of misguided messaging.

The film contains themes requiring a solid grounding in faith, pervasive mayhem with brief gore, drug use and a single crude term. The Catholic News Service classification is A-III — adults. The Motion Picture Association of America rating is PG-13 — parents strongly cautioned. Some material may be inappropriate for children under 13.

NEXT: Readers get a thrill with book’s unique plot and spiritual message