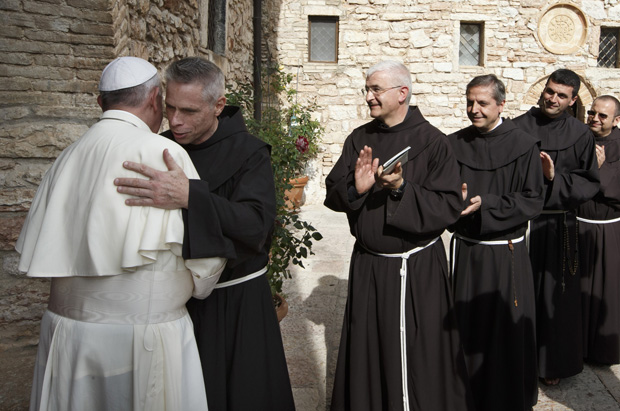 Following an internal investigation into the order’s finances, U.S. Franciscan Father Michael Perry, the superior, announced to all members of the order that its general curia “finds itself in grave, and I underscore ‘grave,’ financial difficulty, with a significant burden of debt.”

He attributed the situation to unapproved financial activity by some friars as well as non-Franciscans and said the curia had retained lawyers and contacted civil authorities.

The announcement was published as an open letter on the order’s website Dec. 17. The announcement included a plea to Franciscan superiors around the world for “your understanding and for a financial contribution to help address the current situation, which involves also the repayment of significant debts.”

An investigation begun in September discovered that “the systems of financial oversight and control for the management of the patrimony of the order were either too weak or were compromised, thus limiting their effectiveness to guarantee responsible, transparent management,” Father Perry wrote.

The inquiry revealed that “there appears to have taken place a number of questionable financial activities that were conducted by friars entrusted with the care of the patrimony of the order without the full knowledge or consent of the former and current” leaders, he wrote.

The general treasurer, identified by Italian media as Father Giancarlo Lati, has resigned as treasurer and as legal representative of the order, Father Perry said, and the Franciscans have informed the Vatican about the situation.

People who were not Franciscans also seem to have played a “central role” in the illicit activity, he added. The “scope and magnitude” of such activities have put “the financial stability of the general curia at grave risk,” he said, and have warranted calling in “civil authorities to take up this matter.”

Father Perry was elected minister general of the order in May 2013 with a mandate to serve until 2015, completing the six-year term of Spanish-born Archbishop Jose Rodriguez Carballo, who in April 2013 was appointed secretary of the Vatican Congregation for Institutes of Consecrated Life and Societies of Apostolic Life. Father Perry had served as the order’s vicar general since 2009.

Despite the shock of discovering how serious the situation is, he said, “we are encouraged by the example set by Pope Francis in his call for truth and transparency in financial dealings both in the church and in human societies.”

“We must trust that by following a course of truth, God will lead us on the journey of conversion,” he wrote.

Three Franciscans appointed to investigate the current situation will continue their work, he said. The Franciscan curia also is relying on the assistance of a “highly regarded group of lawyers.”

Father Perry promised to make a complete report on the situation when the Franciscan general chapter meets in 2015.

PREVIOUS: Christmas decorations inspire everyone, even nonbelievers, to love

NEXT: Pope wishes Rome well 2024 Olympic bid, but says he won’t see it