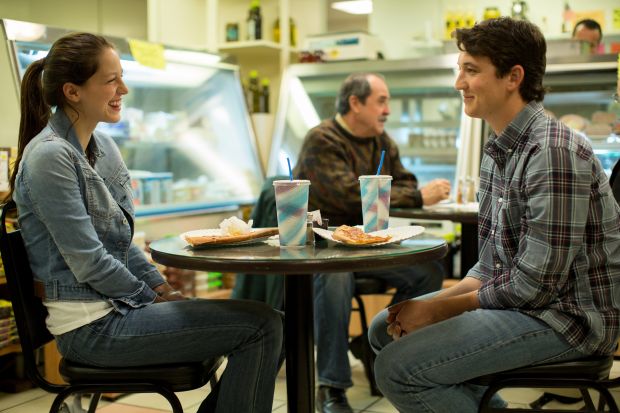 Screen dramas set in the notoriously exacting milieu of the jazz world are exceedingly rare. The morally troubling and illogical “Whiplash” may make them even scarcer.

Writer-director Damien Chazelle sets out to portray a familiar story about a hard-driving teacher, a willing student and the tough-minded sacrifices necessary for professional success.

Instead, he produces a bizarre amoral fiction in which both emotional and physical abuse appear to be their own reward.

Since the drummer controls the tempo in jazz, and Andrew wants to play in the school’s elite ensemble, there’s no room for error. Impatient when he’s not being vicious, Fletcher is the demonic embodiment of rampaging perfectionism.

“There are no two words in the English language more harmful than ‘good job,'” he sneers at Andrew.

Fletcher frequently repeats the story of legendary jazz saxophonist Charlie Parker, who supposedly stepped up his game after Jo Jones, the drummer for Count Basie, hurled a cymbal at his head when his timing was off. (In truth, Jones probably lobbed the cymbal at Parker’s feet).

Andrew’s rage for musical immortality is so consuming that he gives up a budding romance with girlfriend Nicole (Melissa Benoist). At a family gathering, he announces, “I’d rather die drunk, broke at 34 and have people at a dinner table talk about me than live to be rich and sober at 90 and nobody remember who I was.”

Thus we’re treated to the depressing spectacle of a kid deliberately surrendering his soul.

It’s not unexpected when Fletcher resorts to insults, humiliates all the band members, throws drums against the wall or learns that one of his previous star pupils committed suicide. It’s when he starts slapping Andrew to keep tempo and begins sadistically breaking down his pupil’s psyche that the proceedings really cross the line.