Pope calls for solidarity with migrants after deadly sea crossing 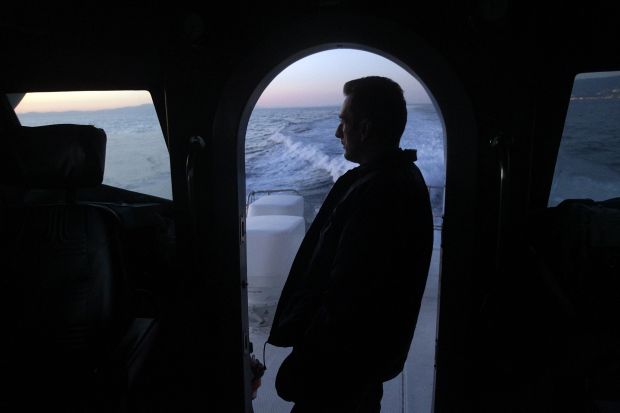 VATICAN CITY (CNS) — Pope Francis once again urged solidarity with migrants who risk their lives crossing the Mediterranean Sea for Europe, and assured prayers for the victims of a deadly crossing in early February.

During his general audience Feb. 11, the pope called for a spirit of solidarity with migrants “so that no one lacks necessary aid.”

He said he was following the news coming out of Lampedusa “with concern.” Lampedusa is a southern Italian island that serves as a port of entry for many of the migrants illegally entering Europe by sea.

The pope was responding to reports Feb. 9 that 29 migrants had died of hypothermia after being rescued by the Italian coast guard; they were part of a group of 105 African migrants whose raft had capsized in the Mediterranean. Their raft had set off from Libya Feb. 7.

Later, the office of the United Nations High Commissioner for Refugees (UNHCR) reported that the loss of life in the Mediterranean over the weekend of Feb. 7-8 was feared to be as high as 300 people, including children.

The revised report came after nine more migrants, who were saved from the Mediterranean Feb. 9 and arrived in Lampedusa Feb. 11, told UNHCR officers that a total of four boats had set off together from Libya. The 29 who died of hypothermia were on the first boat. But, the nine survivors said, the other three inflatable rafts each had about 100 people on board and they were the only ones who survived.

Several church organizations have responded to the tragedy by once again issuing a call for better search-and-rescue operations in the Mediterranean, migration reform and joint government cooperation in Europe.

So long as “Europe looks the other way and pretends not to understand that Italy is really the door to Europe and that what happens in Italy belongs to everyone, things will continue like this, with these tragedies at sea,” Cardinal Angelo Bagnasco of Genoa told L’Osservatore Romano, the Vatican newspaper. The cardinal serves as president of the Italian bishops’ conference and vice president of the Council of European Bishops’ Conferences.

In a statement Feb. 11, Jesuit Refugee Service said the latest deaths demonstrate “the failure of European border policy” and “may have been avoided if the European Union had implemented a search-and-rescue operation of the same size and scope as the former Italian rescue program, Mare Nostrum.”

The E.U.’s Operation Triton, which replaced Mare Nostrum, is “vastly under-equipped and focuses almost exclusively on border security and surveillance,” the statement said.

JRS also accused European states of setting up “legal obstacles” to those fleeing conflict in Africa and the Middle East and of not taking “the necessary measures to save lives in the Mediterranean.”

“We will not and cannot accept that the Mediterranean continues to be a migrant graveyard,” said Jesuit Father Camillo Ripamonti, director of JRS Italy. “It is crucial that the E.U. and its member states swiftly act to ensure the safety of refugees.”

PREVIOUS: College of Cardinals to be briefed on progress of Curia Reform