If a friend invites you to ‘Unfriended,’ click ‘unfriend’ 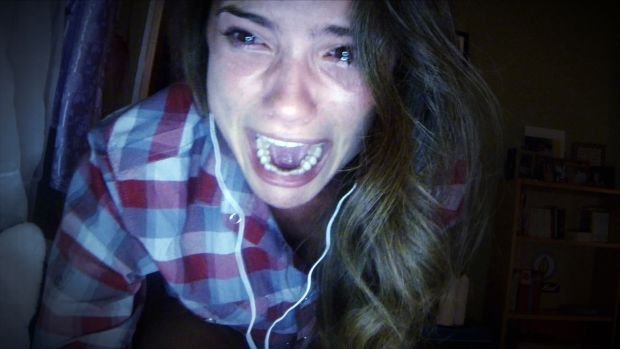 Shelley Henning stars in a scene from the movie "Unfriended." (CNS photo/Universal)

This silly thriller unfolds in the “found footage” style popularized by 1999’s “The Blair Witch Project.” Viewers become voyeurs as director Levan Gabriadze shares the “true” story, purportedly as it was seen on the home computers of six high school friends.

The members of this sextet share a dark secret: they mercilessly bullied a fellow student, Laura (Heather Sossaman). When one of them posted a humiliating video of a drunken, unconscious Laura online, the poor girl committed suicide.

That was a year ago. The amigos are still chatting up a storm when — lo and behold — a mystery visitor joins the group, sounding a lot like their deceased victim.

Needless to say, this “Laura” has a few scores to settle, none of them pretty. Try to hang up and stop chatting, Laura warns her persecutors, and someone will die.

“Unfriended” ramps up the mayhem and bloodshed — as well as a demonic possession theme — as secrets are revealed and our feckless teens learn the hard way that actions have consequences. Lost amid the ensuing slaughter is a potentially valuable message about the harmful effects of online harassment.

While there are only 82 minutes of this nonsense to endure, chances are that audiences will be longing to hit the “ignore” button well before even that brief period has elapsed.