Like Halloween treats, ‘Goosebumps’ has frights of many kinds 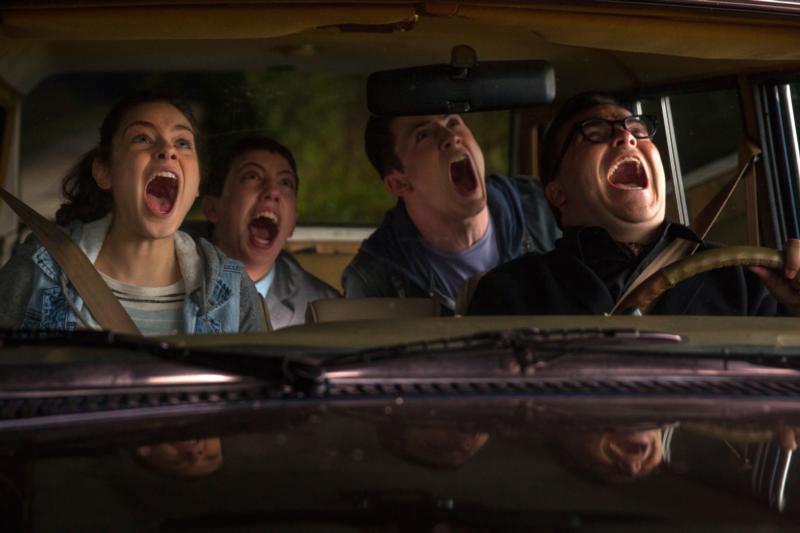 NEW YORK (CNS) — As ideas for Halloween-themed movies go, a big-screen version of the blockbuster children’s book series “Goosebumps” (Columbia) is better than many. Not only do author R.L. Stine’s numerous volumes have what might conservatively be called a proven commercial track record — 400 million fright fans can’t be wrong — they also trade in the more innocent aspects of the genre.

Thus no oversexed teens were harmed in the making of this movie. No summer campers had their lakeside idylls ruined by a slit throat; nobody had a blood-soaked nightmare on Elm or any other street.

What we’re offered instead is a mildly scary adventure that serves as an overview of Stine’s prolific works, rather than an adaptation of any one of them, and that wittily incorporates the writer himself into the story via an amusingly self-deprecating portrayal by Jack Black.

The plot is built on the conceit that the monsters Stine has created over the past 23 years — a vast menagerie of them by now — are not only vivid but real. Though each is safely confined in the bound and locked manuscript of the tome that contains his story, the danger of any one of them escaping has forced Stine and his teen daughter, Hannah (Odeya Rush) to live a reclusive life marked by frequent relocations.

Their latest home base, a small town in Delaware, seems a safe enough refuge until transplanted New Yorker Zach Cooper (Dylan Minnette) moves in next door. Much against his will, Gotham-loving Zach has been forced to take up residence in the sticks because his mom, Gail (Amy Ryan), has found a job as the assistant principal in the local high school.

Though he expects to be incurably bored in this new setting, Zach quickly finds two consoling diversions. The first is friendship with his awkward but irrepressible classmate, Champ (Ryan Lee). The other is love at first sight with Hannah.

Stine, needless to say, does his petulant best to squelch the young pair’s puppy-style romance. But his aggressive behavior backfires when Zach jumps to the conclusion that her weird dad is somehow a danger to Hannah, and decides to do a little trespassing to investigate.

In the course of his peaceful home invasion, during which he gets reluctant backup from Champ, Zach inadvertently releases one of Stine’s ghouls. Soon they’re all breaking free and wreaking havoc — with Slappy (voiced by Black), the creepy ventriloquist’s dummy who serves as both Stine’s alter ego and his nemesis, leading their campaign of gore-free destruction.

The remainder of the running time is devoted to the struggles of Stine and his trio of youthful companions to unite their efforts and recapture their malevolent adversaries. Watching them do so will make pleasant viewing for most family members.

Still, director Rob Letterman’s cheerful bit of gothic fluff isn’t for everyone. Small fry may be overly unsettled by the marauding array of creatures — which includes a mummy, a werewolf and others of that ilk.

Parents, meanwhile, may find themselves annoyed by the inclusion of some fleeting dialogue between Zach and Champ that acknowledges — albeit very distantly — the existence of same-sex dating. The real intent is, of course, for the duo to team up in pursuit of female companionship. But the underlying humor of their momentary misunderstanding is very much of the “not-that-there’s-anything-wrong-with-that” variety.

The film contains frequent peril, tense situations and an implicit reference to homosexuality. The Catholic News Service classification is A-II — adults and adolescents. The Motion Picture Association of America rating is PG — parental guidance suggested. Some material may not be suitable for children.