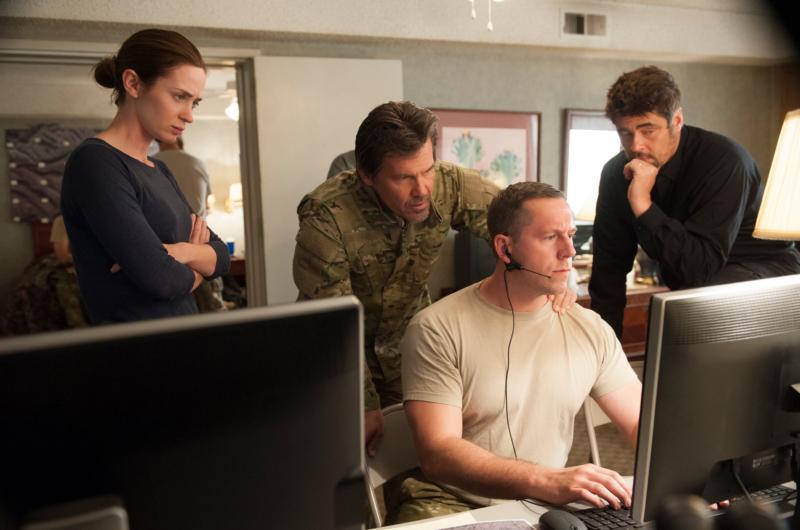 NEW YORK (CNS) — A deadly game of cat-and-mouse plays out along the U.S.-Mexico border in the ultraviolent thriller “Sicario” (Lionsgate). This all-too-realistic film follows the ongoing war against drugs and the machinations of rival cartels willing to do anything — no matter how depraved — to gain supremacy.

“Sicario” deals in harsh truths about greed, addiction, revenge and corruption. Unfortunately, although the movie is well-acted, its moral compass is skewed and its outlook excessively bleak. Caught in the crossfire of its Wild West-style shootouts, the audience is left to wonder just who the good guys are.

The picture’s title, at least, could hardly be more appropriate: In Mexico, a “sicario” is a hit man.

The action kicks off in Arizona where Kate Macer (Emily Blunt), an idealistic FBI agent, joins a raid on a suspected drug den. Dozens of mutilated bodies are uncovered — one cartel’s gruesome warning to turncoats.

Anxious to hunt down and help eliminate the anonymous gangster responsible for this slaughter, Kate volunteers for a black-ops mission south of the Rio Grande. Its leader is Matt Graver (Josh Brolin), a gleeful if enigmatic fellow agent whose stated objective is “to dramatically overreact.” Translation: C’mon, get trigger-happy.

Matt’s main collaborator is an even more mysterious figure, Alejandro (Benicio Del Toro). Though he’s a former prosecutor from Colombia, it’s unclear whether Alejandro is currently friend or foe, ally or assassin.

As the operatives dig in, and Kate witnesses random rub-outs, abductions, and torture, her doubts grow. Alejandro, on the other hand, insists the normal rules don’t apply.

“Nothing will make sense to your American ears, and you will doubt everything we do,” he proclaims. “But in the end you will say, ‘Those guys were right.'”

Moral uncertainty haunts “Sicario,” as director Denis Villeneuve (“Prisoners”) raises the body count on both sides of the frontier.

NEXT: Movie review: The Walk