We can tell you what ‘The Peanuts Movie’ is all about, Charlie Brown 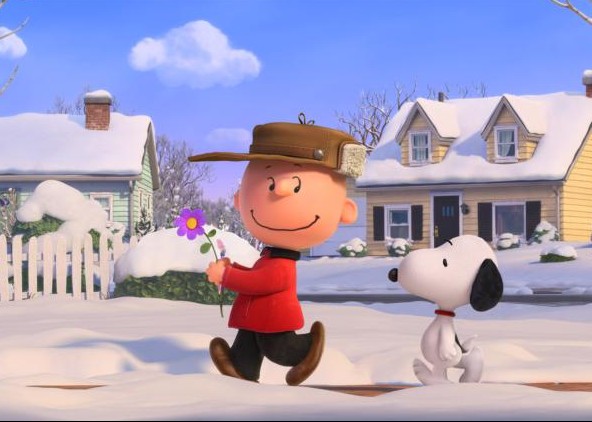 Animated characters Charlie Brown and his best pal, Snoopy, are pictured in a scene from the movie "The Peanuts Movie." (CNS photo/Fox)

NEW YORK (CNS) — Anyone familiar with the perennial TV special “A Charlie Brown Christmas” will know that the “Peanuts” franchise, which began life as a comic strip penned by cartoonist Charles M. Schulz between 1950 and 2000, has a knack for unabashed but also un-bashing spirituality.

That fine tradition continues with the charming animated comedy “The Peanuts Movie” (Fox).

Just as blanket-loving Linus succeeds, each year, in pointing small-screen viewers toward the real meaning of Dec. 25 — by the sound method of quoting the Gospel of Luke — so hapless Charlie Brown (voice of Noah Schnapp) teaches moviegoers a lesson about divine providence and the power of prayer at the climax of this latest “Peanuts” outing.

In extending a feature film legacy that dates back to 1971’s “A Boy Named Charlie Brown,” director Steve Martino is scrupulously faithful to the understated tone as well as the tried-and-true chemistry of his source material. It’s a wise decision.

What might be called the Zen of Schulz’s world — in which the everyday quirks and travails of children take on a poignant significance when viewed from an adult perspective — has, after all, been delighting audiences across multiple media formats for decades.

And the pleasure endures as Charlie resumes his pining for his fetching classmate, and seemingly unattainable love interest, the Little Red-Haired Girl (voice of Francesca Capaldi).

The needless incorporation of 3-D effects leads to an overemphasis on Snoopy’s airborne adventures during which the mild strain of padding the action out to reach the 90-minute mark becomes apparent. Back on the ground, however, top-notch values — including altruism, honesty and loyalty — prevail in a touching story well calculated to win the hearts of old and young alike.