Vader to Vatican film critic: ‘I find your lack of faith disturbing’ 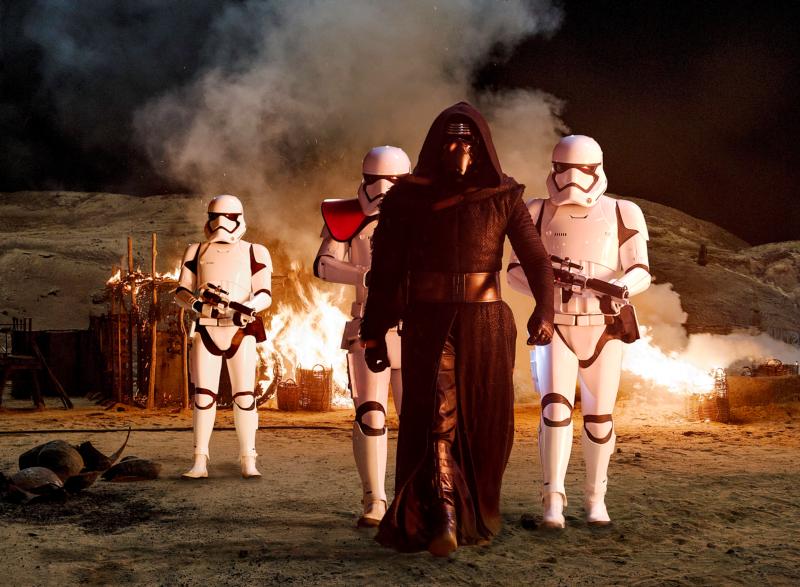 VATICAN CITY (CNS) — “Star Wars: The Force Awakens” broke box office records and restored a new hope in the franchise to the delight of fans worldwide with a few exceptions, including the Vatican’s newspaper.

Emilio Ranzato, author and frequent movie critic for L’Osservatore Romano, wrote Dec. 18 that the first installment of the sequel trilogy was “confusing and vague,” but he reserved his harshest criticism for the film’s new villains.

In “The Force Awakens,” Ranzato wrote, “the counterpart of Darth Vader, Kylo Ren, wears a mask merely to emulate his predecessor, while the character who needs to substitute Emperor Palpatine as the incarnation of supreme evil represents the most serious defect of the film.”

The use of computer-generated imagery in creating Snoke’s appearance, he added, “is the clumsiest and tackiest result you can obtain from computer graphics.”

Ranzato also criticized certain elements of the movie that were similar to George Lucas’ original trilogy, going so far as to referring “Star Wars: The Force Awakens” as more of a reboot than a sequel.

“Not a classy reboot however, like (Christopher) Nolan’s ‘Batman,’ but an update twisted to suit today’s tastes and a public more accustomed to sitting in front of a computer than in a cinema,” he wrote.

Although the movie pulled in more than $500 million at the box office, with countless fans praising director J.J. Abrams for returning the franchise to its roots after the lukewarm reception of the prequel trilogy, Ranzato believed otherwise.

Abrams’ direction, he wrote, “is in fact modeled on the sloppiest current action films derived from the world of video games. The only merit of J.J. Abrams’ film is to show, by contrast, how the direction of the previous films was elegant, balanced and above all appropriate.”

The Vatican critic’s review might have some die-hard Star Wars fans quoting Darth Vader’s words when facing criticism: “I find your lack of faith disturbing.”