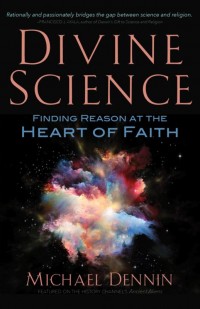 Walking hand in hand through history has not been easy for science and faith. People on both sides too often and easily toss invectives at the other, such as “superstition” and “heresy.” At the same time, ambitious historical efforts have been made, going back at least to the fourth-century St. Augustine of Hippo, to reconcile or bridge some of the gaps between the two.

True, faith and science abide comfortably in many people; but so far no one has succeeded in convincing all of the diverse mentalities in either camp to accept a basic compatibility.

Adding his voice to the reconciliation effort is Michael Dennin. A cradle Catholic who continues to attend Mass regularly and is active in parish life, Dennin also is a professor of physics and astronomy at the University of California, Irvine. Dennin’s book, “Divine Science,” uses his faith and scientific knowledge to make a case that believers should embrace science as a tool for deepening their belief.

As others before him, Dennin uses several key building blocks to make his case: science can’t prove or disprove the existence of God; the Bible is not a scientific textbook; science can tell us how the earth and its inhabitants came to be but can’t tell us why this occurred; science deals with the physical while theology and philosophy deal with the nonphysical.

To these, he adds a definition of God as the “fullness of reality,” the “I am who am” of the Old Testament. His thesis is that as science helps us understand the reality of the physical world, this knowledge deepens our understanding and personal relationship to God, the “fullness of reality.” While arguments over the existence of God can be fruitless, believers and scientists can more easily come together to discuss what is reality, goes his argument.

Dennin squarely confronts scientific evidence that many things described in the Bible could not have occurred, such as God creating the world in six days. He parries this by debunking literal biblical interpretations such as creationism, noting that the Bible is more interested in conveying truths rather than facts, similar to Shakespeare. Shakespeare’s historical plays, he writes, were not an effort to accurately describe all the events that happened to these historical figures but to explain truths about how humans related to each other and the world around them as it was understood in Shakespeare’s time.

Dennin is not so convincing in discussing biblical miracles and the afterlife. His basic argument is that while science may not be able to prove specific miracles or the afterlife, it does provide academic underpinnings that these things may be possible.

Yet in his discussion of biblical miracles, he dwells on Balaam, an Old Testament sorcerer employed by the Moabites to place a curse on the Israelites who are defeating them in battle. Balaam is thwarted by his talking donkey who keeps seeing an angel who diverts their path from the place where Balaam is to deliver his curse.

The author’s point is that “miracle” also can be defined as a conversion, a change of heart, provoked by God. One would have hoped that Dennin tackled something more noteworthy such as the parting of the Red Sea allowing Moses to lead the Israelites out of Egyptian bondage.

Despite some failings, Dennin succeeds in his overall aim of showing believers that science is an aid rather than an obstacle to furthering their faith.

PREVIOUS: ‘Risen’: The Resurrection from a skeptic’s point of view

NEXT: ‘The Choice’: A comfort-food movie that’s bland