‘Risen’: The Resurrection from a skeptic’s point of view 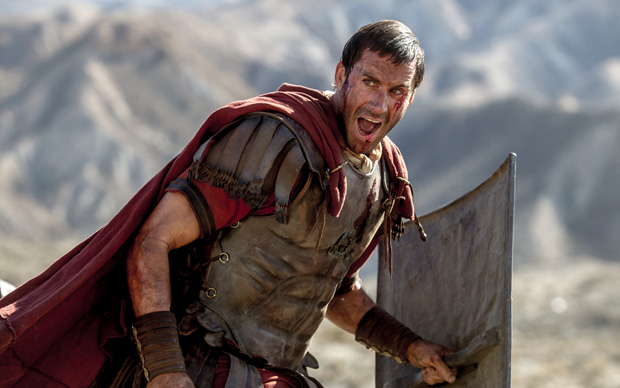 ROME (CNS) — Hollywood is no stranger to movies depicting the life and death of Christ, trying to present Jesus from the perspective of the Gospels, which are the written accounts of Jesus’ life and ministry from those closest to him.

Joseph Fiennes, the actor starring in “Risen,” said his new project seeks to illustrate the story of Christ’s death and resurrection from a unique perspective.

Fiennes plays Clavius, a Roman tribune charged by Pontius Pilate to investigate the events following Christ’s death. His character, he said, begins as an enemy “who is there to put down any zealot insurrections; so from his point of view, Yeshua (Jesus) is just another terrorist.”

The film, Fiennes said, departs from other depictions by picking up where most movies leave off: the crucifixion. Additionally, Clavius sees Jesus’ execution as acceptable punishment for threatening the established order. “For (Clavius), the crucifixion is just another day at the office, so he’s deeply conditioned to think in one way,” he said.

The 45-year-old British actor told CNS that a pivotal scene, one in which Clavius meets Jesus, was akin to his brief encounter with Pope Francis at the general audience Feb. 3.

“To tell you the truth, I had so many questions and when he looked me in the eye, the conversation seemed pointless,” Fiennes recalled. “It was a connection beyond conversation, he’s deeply connected as a spiritual being and so talking seems like a waste of time, it seemed shallow. And it’s the same with the character meeting Christ, as if to say, ‘This is enough.'”

Clavius’ initial doubts, Fiennes said, speaks to the nature of faith “whether you are an absolute, ardent believer or an atheist.” The main character’s knowledge and intellect can’t grasp what he has witnessed.

“He can’t reduce the noise and tune into the greater consciousness, and a lot of us suffer from that,” Fiennes said. “I think if there is any takeaway from this movie, that might be a big one.”

To prepare for the scene in which Jesus, played by actor Cliff Curtis, and Clavius meet, Curtis took a 30-day vow of silence, Fiennes said. Saving their first moment of speaking to each other for that scene, he said, allowed them to imbue it “with a sense of respect toward what that moment would mean for those two characters.”

“That’s our little way of trying to prepare for that moment. We’ll never get it right, we’ll never get the huge monumental essence of it, but we try to get a thread of it,” he said.

The story of “Risen,” he added, is not meant to preach or to divide those who believe and those who don’t but rather unite them “in the experience.”

“I hope that a believer and a nonbeliever, an agnostic and an atheist can all sit in the auditorium together in a wonderful, positive environment and enjoy the narrative,” Fiennes said.

PREVIOUS: ‘Madoff’ tells how a nice guy made off with ill-gotten millions