Vengeful anti-hero of ‘Deadpool’ no more than a punk, with wit 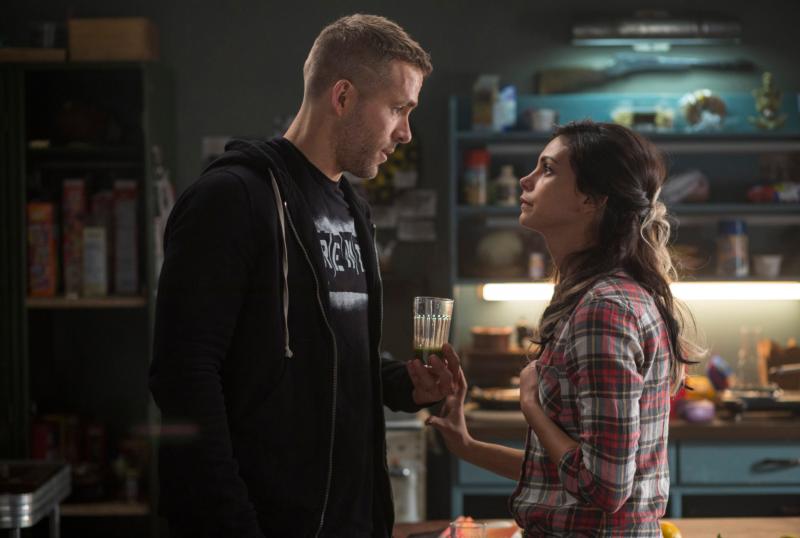 NEW YORK (CNS) — There’s punk in the fancy, cultural, Johnny Rotten sense of the term, and then there’s the plain old meaning of the word before it went all meta on us.

The latter perfectly captures the character who lends his name to the vengeance-driven Marvel Comics adaptation “Deadpool” (Fox).

Sarcasm and splatter predominate in director Tim Miller’s profile of a smart-alecky antihero (Ryan Reynolds) whose machine-gun patter, while undeniably clever at a certain level, reveals a profoundly distorted view of the world. His debased witticisms drag viewers down rather than enlightening them.

These baleful bon mots are delivered along the course of a nasty odyssey marked by relentless grittiness and a series of unpleasant experiences. In fact, as conjured up by screenwriters Rhett Reese and Paul Wernick — as well as Deadpool’s creators in print, Fabian Nicieza and Rob Liefeld — the protagonist’s biography is, for the most part, a machismo-saturated adolescent fantasy.

Thus, Wade Wilson, as he’s originally known, is a former Special Forces operative — what else would he be? — whose combat experiences, though merely hinted at, have left him as jaded as any existentialist philosopher sipping coffee in a Left Bank cafe. And when he finds true love, wouldn’t you know, it’s with a hooker, Vanessa Carlysle by name (Morena Baccarin).

Wade and Vanessa connect emotionally based on their shared status as damaged goods — if only the world understood us! But their carnal bond is such that we’re shown (all too explicitly) a yearlong round of bedroom romps celebrating the passing holidays. No time for midnight Mass in this pair’s Yule.

Even an antihero needs his quest, though, and must be tested by adversity. So Wade takes a bathroom break from Vanessa’s charms, collapses, and is promptly diagnosed with terminal cancer.

Cue a mysterious, unnamed stranger from central casting (Jed Rees) who offers Wade an unorthodox but complete cure. The “treatment” that follows not only heals Wade but transforms him into a superhero with a self-regenerating body. Yet the process involves a series of horrific tortures — something to do with stress unlocking mutant genes — and also winds up horribly disfiguring him.

More than a little teed off by his descent from Ryan Reynolds to the Elephant Man, Deadpool, as he’s now known — please don’t ask why — resolves to catch up with and kill his principal tormentor, a British sounding sadist who goes by the moniker Ajax (Ed Skrein). As if to befuddle Homer fans everywhere, Ajax has an Achilles heel, to wit, his given name is Francis.

Francis, can you imagine? Oh, the lack of testosterone! Wade/Deadpool teases him with a degree of cruelty not to be found this side of your local schoolyard.

So far so good for the ordinary fanboy. But undiluted masculinity is rather politically incorrect.

So, apparently in keeping with his comic-book antecedents, the screen version of Deadpool’s persona comes complete with vague hints of bisexuality. These carry over to his relationship with Vanessa, who experiments with a deviant inversion of gender roles that should have no place in a mainstream movie whatever its rating.

Like the battered prize at the bottom of a box of rancid Cracker Jacks, there are some traces of morality to be found here. Before his illness, Wade puts his thuggish services at the disposal of the vulnerable, scaring off a teen girl’s stalker, for instance. And he does seem poised to forsake his womanizing ways for marriage with Vanessa, though the manner of his proposal is tinged with queasy scatological details meant to be laughably unromantic.

Yet any rewards that might be gained by digging down for such positive fragments are thoroughly canceled out by an ethics-empty conclusion blatantly denying the inherent value of human life.

NEXT: ‘Race’: How tolerance outran hatred at ’36 Olympics