A scary yet clever thrill ride along ’10 Cloverfield Lane’ 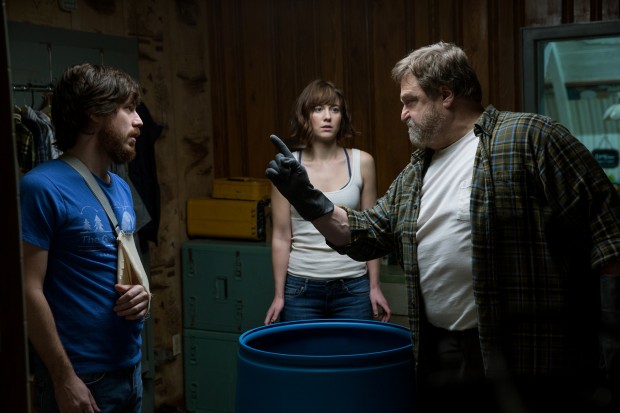 Even so, it’s not really a family film. But mature adolescents as well as their elders should be able to enjoy this as a deadpan thrill ride, particularly during the second half. Dyed-in-the-wool fans of the 2008 found-footage thriller “Cloverfield,” though, may be disappointed on finding that this sequel has only a very tenuous connection to its forerunner.

Director Dan Trachtenberg and screenwriters Josh Campbell, Matthew Stuecken and Damien Chazelle mash up the tropes of apocalyptic stories with a simple twist: What if all of the scenarios they present happen to be true?

As a result of this approach, the viewer doesn’t feel insulted by a stale bag of “gotcha” tricks and crude references.

Protagonist Michelle (Mary Elizabeth Winstead) combines the fearlessness of Sigourney Weaver’s Ripley in the “Alien” franchise with the skill set of TV’s intrepid MacGyver. Her engagement has broken up, and she’s on a lonely nighttime drive toward Lake Charles, Louisiana, when her car is broadsided.

She wakes up chained to a wall in the well-appointed underground bunker of Howard (John Goodman), a survivalist who displays all the smugness of someone who expected trouble from sinister forces, then got it.

“There’s been an attack,” he tells her. “A big one. Down here, we’re safe.” He claims to have rescued her from the crash and from whatever’s been going on outside.

This is not, he insists, insane: “Crazy is building your ark after the flood’s already come!”

His story is confirmed by Emmett (John Gallagher Jr.), the bunker’s only other resident, who helped Howard build it.

Michelle is frightened, but she’s no dewy-eyed scream queen. The first time she tries to break out, she discovers through an airlock window that something awful — maybe nuclear, maybe chemical — has, in fact, taken place in the wider world.

This leads her to trust Howard for a time. But despite his resolve to operate his bunker as a grumpy but caring paterfamilias, she learns that his teen daughter’s death may not have been an accident.

The film contains some bloody physical violence, including a shooting death, an intense atmosphere and a single use of rough language. The Catholic News Service classification is A-III — adults. The Motion Picture Association of America rating is PG-13 — parents strongly cautioned. Some material may be inappropriate for children under 13.

NEXT: Christ’s passion to be retold in live musical broadcast from New Orleans