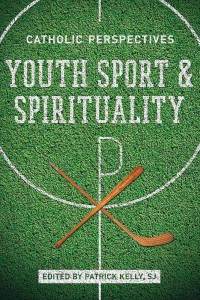 In an age when an increasing number of Americans find themselves on ball fields on Sunday mornings either watching or participating in the ritual of sports, rather than in the pews, Jesuit Father Patrick Kelly offers a much-needed perspective to place sport in its proper context.

“Youth Sport and Spirituality” examines sports from various lens and perspectives dating back to Homer’s “Iliad” when the categories of play, sport and war were used to describe different levels of this human endeavor called athletics that is now a multibillion-dollar enterprise.

In addition to the historical perspective, the reader will find commentary from scholars in several disciplines including theology, philosophy and psychology that are helpful to coach and parent alike. These scholars put forth their observations and commentary on how sports can foster and impact the personal growth of young people in both positive and negative ways. At times their scholarly commentaries are at odds with one another so readers have to do some reflection themselves and grapple with the questions raised, especially regarding the training and upbringing of young people.

The second part of Father Kelly’s book includes essays written by athletic directors, coaches and experts in the field who work specifically with coaches in youth athletics. An aspect of this book that is valuable for the Catholic and the religious believer is the integration of the transcendent within the context of sports.

Youth are fully engaged by successful coaches who inspire young people and increase the athletes’ desire to give 100 percent for the coach and the team. How do the disciplines involved in sports translate into the spiritual life and is there mutual ground for sports and spirituality to co-exist so they can truly feed off each other rather than compete against one other in our often sports-crazed society?

In chapter five, Clark Power examines the coach-minister model of moral and spiritual development through the “Play Like a Champion Today” educational program in which “the child-centered approach to coaching differs in important ways from the traditional character-education approach espoused by most coach education programs today.” He emphasizes that children are not “mini-adults” and need the care of coaches to “establish a nurturing environment that meets the children’s needs.”

Without this environment in sports, coaches are too often driven by their own ego and end up doing more harm than good in developing the morality and spirituality of the child entrusted to them by God.

Opportunities abound for Catholic schools, institutions and individuals to “seek that which is above” through participation in athletics and Father Kelly’s thoughtful analysis and perspective makes coaches, athletes and parents alike co-creators in the development of youth through the participation of sports.

NEXT: ‘The Jungle Book’ never looked so good