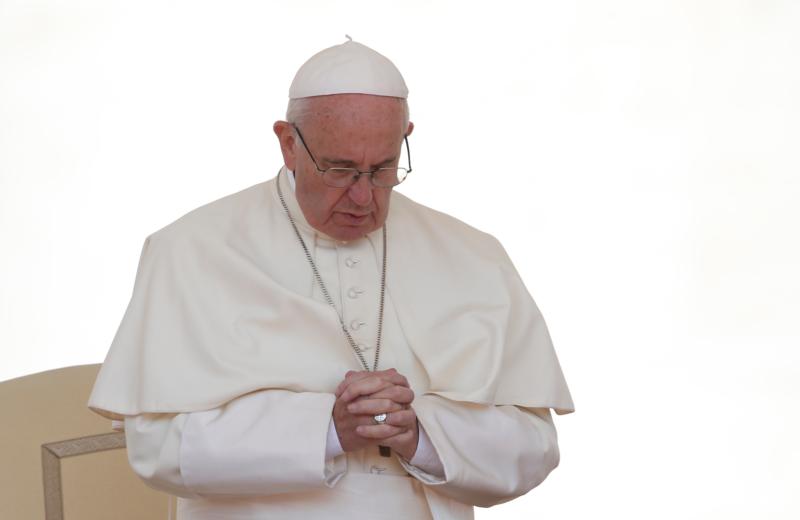 “I urge all parties involved in the conflict to respect the cease-fire and strengthen talks underway — the only path that leads to peace,” he said after reciting the “Regina Coeli” prayer with pilgrims gathered in St. Peter’s Square May 1.

The pope’s appeal came in the wake of a surge in violence in Syria. Government-led air raids reportedly bombed hospitals and other medical centers, killing patients and medical personnel.

“The violence is soaring back to the levels we saw prior to the cessation of hostilities. There are deeply disturbing reports of military buildups indicating preparations for a lethal escalation,” U.N. High Commissioner for Human Rights, Zeid Ra’ad Al Hussein said in a statement April 29.

The U.N. office has been documenting numerous attacks against medical facilities and marketplaces during busy shopping times, he said. Such acts, which might qualify as war crimes, “indicate a serious, alarming disregard for one of the cornerstones of international humanitarian law: the duty to protect civilians,” he said.

Pope Francis said he was saddened by the news of the escalating violence “that continues to aggravate the already desperate humanitarian situation in the country, particularly in the city of Aleppo.” He noted how the violence was striking “innocent victims, even children, the ill and those who with great sacrifice are committed to offering help to others.”

In his midday talk, the pope also appealed for an end to child abuse, saying, “It is a tragedy. We must not tolerate abuse against minors.”

“We must defend minors and we must severely punish the abusers,” he said.

The pope thanked the Italian association Meter for working to fight “every form of abuse against minors.” The group came to St. Peter’s Square as part of a campaign to demand justice for all children who are abandoned or violated.

Father Fortunato Di Noto, who founded the group 25 years ago, said supporters in the square would be wearing yellow to be a “visible sign” of their opposition to silence and indifference and “our rebellion against evil.”

The nationwide organization staffs a telephone hotline for reporting child sex abuse and child pornography and operates several centers where concerned parents and victims of abuse can receive counseling and assistance.

PREVIOUS: Reconciliation with God and others is key to peace, pope says