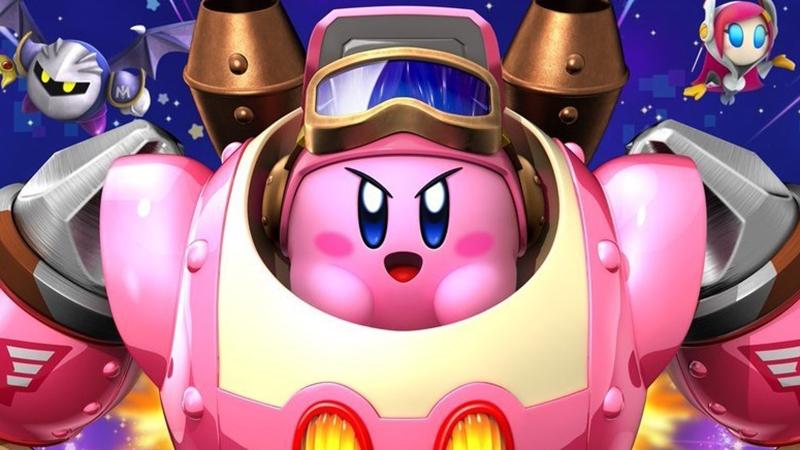 This is a still image from the video game "Kirby: Planet Robobot." (CNS photo/Nintendo)

NEW YORK (CNS) — “Kirby: Planet Robobot” (Nintendo), the latest adventure for a character who dates back to the early 1990s, can be likened to the dynamic interpretation of a classic jazz tune.

At a certain level, you know the piece, because you’ve heard the original. But the new version adds some elements that makes the whole experience fresh.

“Kirby” is a basic platforming game. This long-standing industry genre takes its name from the fact that the main character in such a game moves in a 2-D world through different platforms — bridges, tunnels, pipes, ladders — blasting enemies, jumping over obstacles and, in the case of Kirby, occasionally floating through space.

Platforming protagonists acquire powers and talismans that aid them in their ultimate goal, unseating a final adversary. This opponent is only reached, however, after hours — or even days — spent conquering different scenarios.

In this iteration of “Kirby,” playable on the Nintendo 3DS system, the opponents are robots from space and super powerful enemies called bosses. The plot is simple: Kirby, a small pink ball with red feet and short arms, is taking a nap on a gorgeous, candy-colored planet called Pop Star when the invaders wake him up.

He springs into action. If Kirby can plow through enough smaller robots and get to the bosses, monsters with names such as Clanky Woods and Gigavolt, he can save his beloved Pop Star.

There is some cartoonish violence in “Kirby,” but nothing so graphic as to make it inappropriate for children.

The gameplay here consists of action, platform and puzzle-solving elements. Although platforming games go back to the Reagan era, they can still be a lot of fun if the creators have a sense of humor and sense of scale.

There’s a kinetic, slapstick quality to the animation in “Kirby” that makes it not just engaging, but funny. It’s also a real kick when the lovable little pink ball, after passing through enough trials, suddenly acquires a bulky suit of rosy armor, becoming a combat powerhouse. He’s the cutest variant on Iron Man imaginable.

There are several different platforms to conquer in “Kirby: Planet Robobot,” each one having from one to six stages. Kirby’s unique approach to dispatching enemies involves not only a direct frontal attack, but his superhuman ability to inhale as well. Kirby sucks up adversaries, acquiring a range of special abilities from them, powers he can then use against future enemies.

There are 27 of these “copy abilities.” They enable Kirby to become, by turns, a jet, a ninja, a bomb, even a doctor. (In this last guise, amusingly enough, he tosses pills at the invaders.) Additionally, he can acquire ESP. The constant costume changes and new capabilities keep the game diverse and enjoyably surprising.

The alien invaders in “Kirby: Planet Robobot” can take various forms, from small yellow creatures that simply pop when blasted to large monsters that clang, heave and blast away in a manner reminiscent of the eponymous car in “Chitty Chitty Bang Bang.” These more sizable aggressors also combine elements of surrealist art with ingredients drawn from the currently fashionable science fiction-based style known as streampunk.

NEXT: ‘The BFG’: A smart children’s movie for sharp kids