‘The BFG’: A smart children’s movie for sharp kids 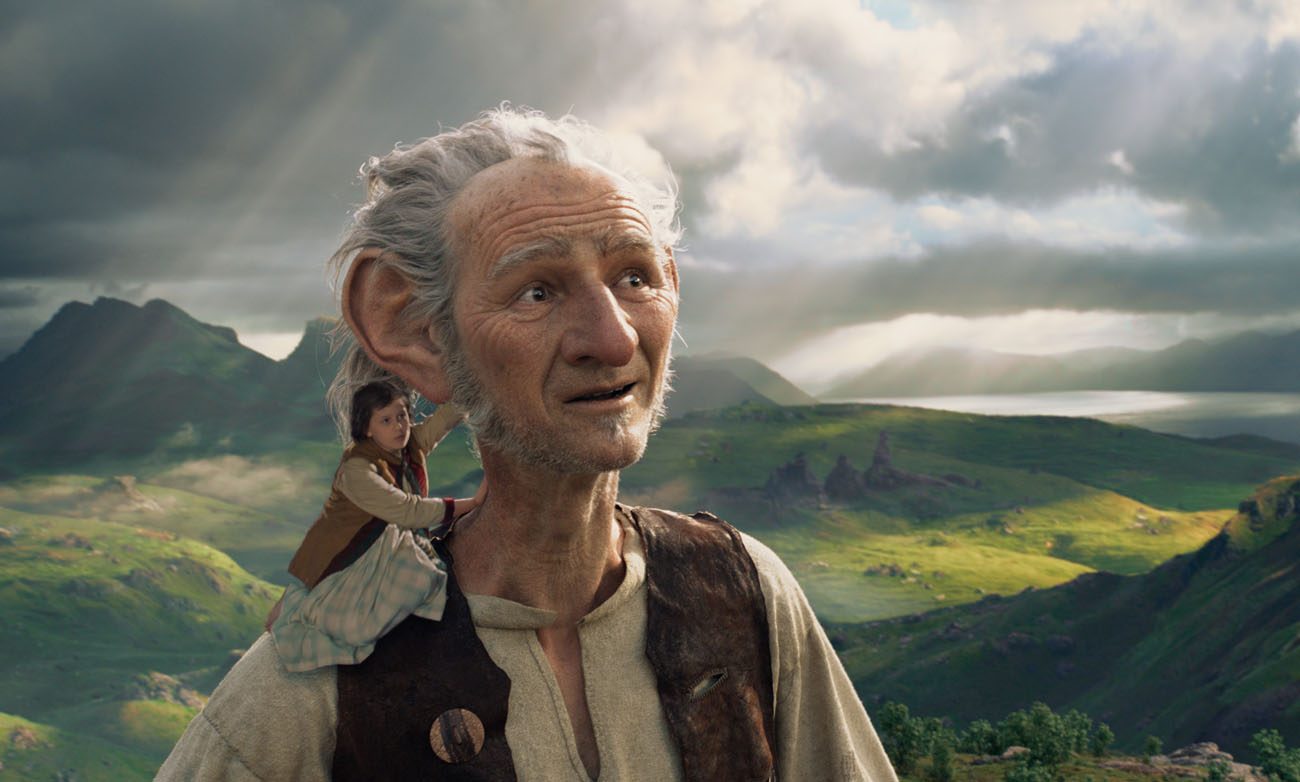 Ruby Barnhill and the Big Friendly Giant, voiced by Mark Rylance, appear in the animated movie "The BFG." (CNS photo/Disney)

A golden phizzwizard, for instance, is the best kind of dream, while frobscottle is a fizzy drink that produces a less-than-dreamy intestinal reaction referred to as whizpopping.

As gentle as that ideal slumber, and no naughtier than that digestive disturbance, this adventure is certainly far superior to most offerings for youngsters broadcast over what Dahl called the telly-telly bunkum box. It’s entertainment for the discerning child who reads, and enjoys fairy tales with a slightly skewed perspective.

Lovingly directed by Steven Spielberg from a script by the late Melissa Mathison (who also wrote “E.T.”) “The BFG” combines live actors with motion-capture animation to recount the celebrated story of the Big Friendly Giant (Mark Rylance) and his orphan friend Sophie (Ruby Barnhill).

Admittedly, the film lacks some of the interactive whimsy and silliness of the long-running children’s theater versions, in which the language-mangling giant is an actor inside a massive puppet. Here, all the threats to the intrepid Sophie are dangerously literal. But Spielberg is unmatched in his ability to visualize the colorful dreams the giant magically collects, then distributes to sleeping kids.

Director Steven Spielberg is unmatched in his ability to visualize the colorful dreams the Big Friendly Giant magically collects, then distributes to sleeping kids.

Ten-year-old Sophie lives in a gruesome London orphanage operated by an incompetent. So at night it falls her to see to it that the doors are locked and the windows shut. This is how she first spots the homely behemoth making his nocturnal rounds.

Like King Kong snatching Fay Wray, the giant quickly reaches in to abduct Sophie, carrying her off at a sprint to faraway Giant Country. There he explains that he had no choice but to remove her lest, having spotted him, she blow his cover.

The BFG, we learn, subsists on a single foul vegetable, the snozzcumber. But he’s the only vegetarian in Giant Country.

The rest of the landscape is occupied by even larger, far meaner creatures with names like Fleshlumpeater (voice of Jemaine Clement) and Bloodbottler (voice of Bill Hader). As their monikers more than hint, they’re all rampaging carnivores.

Thus the BFG has to protect Sophie from the others of his ilk. She’s not the first child who’s visited his homeland and, as he puts it, his flesh-loving counterparts are “always swallowing up human beings like they was sugar lumps.” However, that doesn’t stop spunky Sophie from arguing fearlessly with her outsized defender about anything and everything.

After several dangerous encounters and a sequence — the picture’s best — in which the giant demonstrates his dream-catching technique, Sophie works up an unlikely plan. She and the BFG will visit Buckingham Palace and appeal to the Queen (Penelope Wilton) to find a way to capture the bad giants so their child-snacking days will be over.

There, predictably, the frobscottle wreaks havoc on royal protocol — as well as on the sovereign’s pet corgis.

Since genuinely objectionable material is entirely absent from “The BFG,” parents’ only task will be to assess whether the peril in which Sophie finds herself, together with the delight the movie takes in whizpopping, makes this unsuitable fare for the smallest viewers.

The film contains potentially frightening situations and some mild bathroom humor. The Catholic News Service classification is A-I — general patronage. The Motion Picture Association of America rating is PG — parental guidance suggested. Some material may not be suitable for children.

NEXT: Offenses abound in ‘The Purge: Election Year’