Movie review: Me Before You 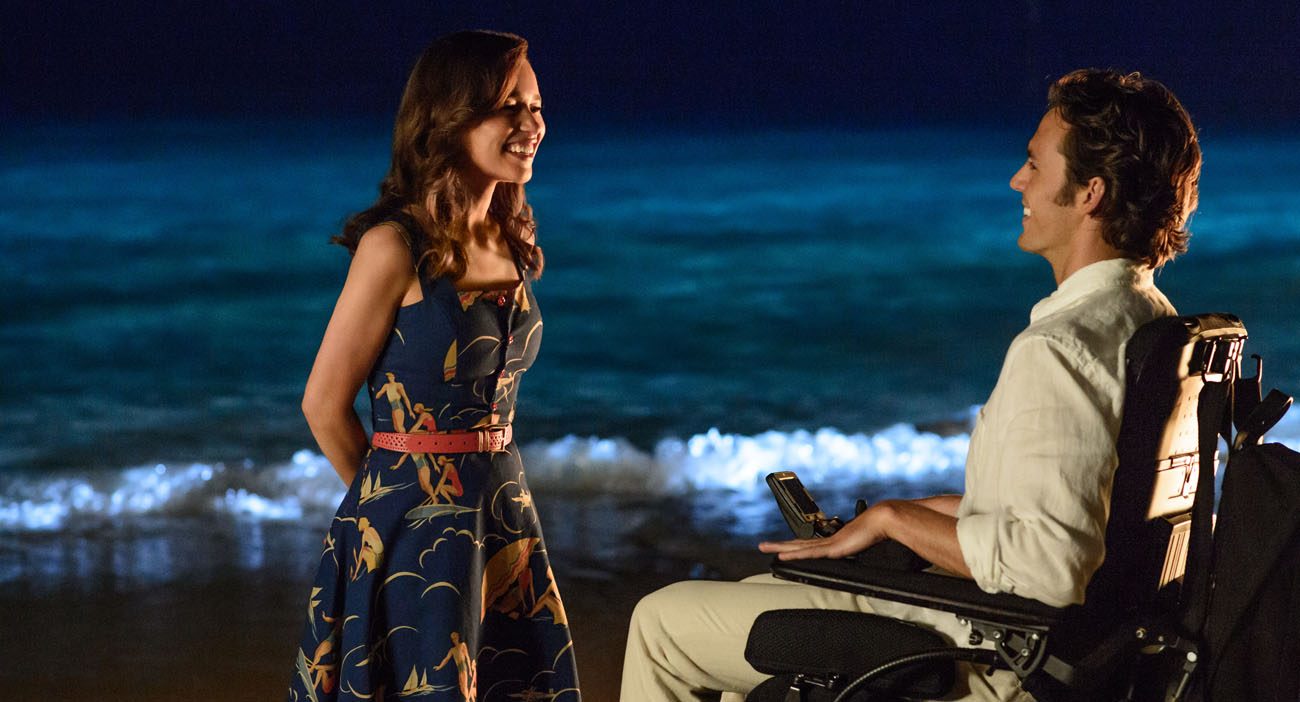 Emilia Clarke and Sam Claflin star in a scene from the movie "Me Before You." (CNS photo/Warner Bros.)

NEW YORK (CNS) — The folks behind the grand-scale weepie “Me Before You” (Warner Bros.) clearly intend their audience to come to the multiplex armed with an abundant supply of tissues. Regrettably, though, any tears shed by viewers of faith will turn out to be bitter ones.

What begins as a charming love story with a strong pro-life message veers off course toward a climactic endorsement of behavior no one committed to scriptural values can accept. That’s a pity, because director Thea Sharrock’s adaptation of the 2012 novel by Jojo Moyes (who wrote the screenplay) initially has a lot going for it: an attractive, talented cast and a poignant Cinderella story that tugs at the heartstrings.

Louisa “Lou” Clark (Emilia Clarke) is a vibrant 26-year-old with a single goal in life: to support her tight-knit family. Her father, Bernard (Brendan Coyle), is out of work, so it’s up to Lou to bring home the bacon in the quaint English town they call home.

Despite her total lack of relevant experience, Lou throws caution to the winds by becoming caretaker and companion to wheelchair-bound local resident Will Traynor (Sam Claflin). Handsome, wealthy and adventurous, Will was on top of the world until he was struck by a motorcycle in an accident that left him paralyzed from the neck down.

Now, two years later, he’s become withdrawn, bitter, and cynical. Needless to say, Lou provides a much-needed breath of fresh air. Slowly but surely, she wins her charge over with her quirky style and appealing demeanor.

“I have become a whole new person because of you,” Will says.

Predictably, the couple fall in love, and Lou envisions their future together.

So far so good. Lou’s sincere, tender devotion to Will is exemplary, reminding viewers that life is to be cherished in every circumstance — all the more so where disability has rendered it vulnerable.

Some of the dialogue expresses an equally positive outlook. “You only get one life,” Will admonishes Lou. “It’s actually your duty to live it as fully as possible.”

With all that to the film’s credit, accordingly, it comes as a perplexing shock when Will, who has already attempted suicide once, persists in a plan to travel to Switzerland where he can “die with dignity” and no longer be a burden to society.

Not everyone, of course, is supportive of Will’s death wish. Lou is devastated, whisking Will off to the tropics in an effort to convince him that life is worth living. Her mother, Josie (Samantha Spiro), calls Will’s plan murder.

Yet Will’s supportive but smothering parents, Stephen (Charles Dance) and Camilla (Janet McTeer), are resigned to losing their son. And the script ultimately puts an unmistakable seal of approval on Will’s blatant rejection of the gift of life.

The Catechism of the Catholic Church is crystal clear on this topic: “We are stewards, not owners, of the life God has entrusted to us. It is not ours to dispose of.” (2280) With an active movement afoot to legalize so-called euthanasia, it’s as distressing as it is surprising that a romantic drama intended as popular entertainment should so flatly contradict that fundamental truth.

The film contains a positive view of assisted suicide, implied nonmarital sexual activity and a couple of profanities. The Catholic News Service classification is O — morally offensive. The Motion Picture Association of America rating is PG-13 — parents strongly cautioned. Some material may be inappropriate for children under 13.

NEXT: History a refreshing departure from overly pious views of St. Francis