Thought-provoking, well made ‘Free State of Jones’ rises in theaters 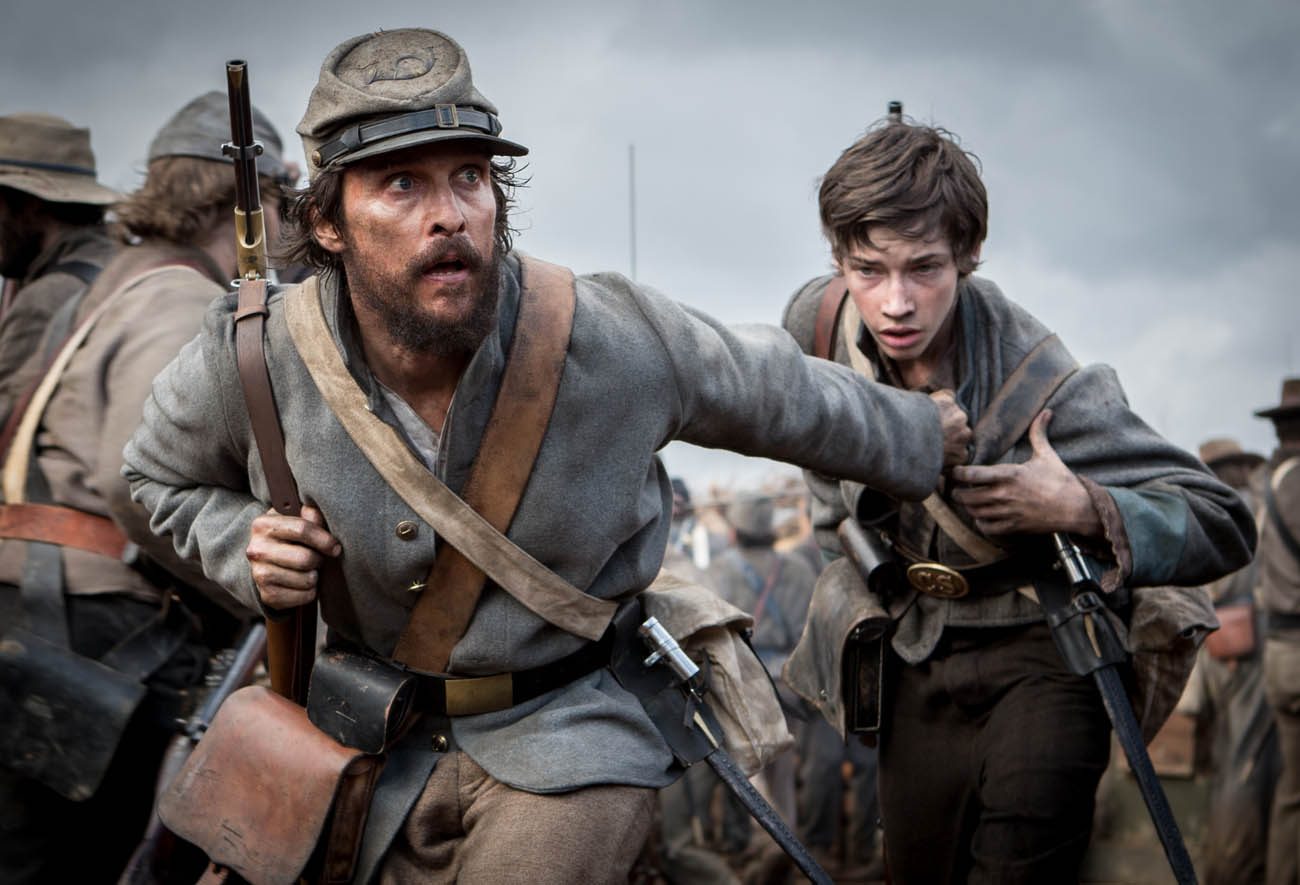 Matthew McConaughey and Jacob Lofland star in a scene from the movie "Free State of Jones." (CNS photo/STX Entertainment)

NEW YORK (CNS) –- The ambitious historical drama “Free State of Jones” (STX) considers a little-known aspect of the Civil War: armed dissent within the South born of opposition to how the war was being conducted and to the principal reason it began.

Earnest and frequently riveting, the movie revolves around Newton Knight, the Mississippi farmer who led a group of runaway slaves and fellow army deserters in a guerrilla campaign against the Confederacy. It also looks at the tumultuous early years of Reconstruction and traces the bitter legacy of slavery and racial segregation into the middle of the 20th century.

Although the material is complex and often harsh, “Free State of Jones” is suitable for mature adolescents. It ought to kindle (or reignite) awareness that precisely because racism in America is an issue fraught with pain and controversy, it warrants responsible treatment in myriad formats. One truth animates this particular effort, written and directed by Gary Ross: the absolute immorality of slavery, plainly expressed through a recitation of the biblical proscription against buying or selling any “child of God.”

Matthew McConaughey is charismatic as Knight, a hero possessing the attributes of an inspirational preacher, brave civil rights activist, and sanguine militiaman. The role gives McConaughey ample opportunity to orate and emote, and he does so with a bridled gusto that proves durable and affecting.

Knight is working as a battlefield medic when his 14-year-old nephew is killed. Already bristling at the war’s inequities — in particular the law exempting the sons of wealthy planters from fighting based on the number of slaves their families own — he deserts.

Back home in Jones County in southeast Mississippi, he sees the degree to which the army exploits the women and children who remain on small farms.

After helping several resist the confiscation of their crops, livestock and provisions, he’s forced to flee and with the help of a handful of runaway slaves takes refuge deep inside local swampland. As the war rages, more and more Confederate soldiers — unwilling to die fighting “a rich man’s war” — go AWOL. Scores from Jones County and environs join Knight.

Using the swamp to evade capture, the Knight Company lashes out against the army and plantation owners. Knight becomes a Robin Hood figure who denounces slavery and, in effect, fights for the Union against the South.

After the war, he champions the right of blacks to vote and pushes back against efforts to circumvent the Emancipation Proclamation. Several times during the main action, which takes place between 1862 and 1878, the movie flashes forward to the 1948 trial of Knight’s great grandson, Davis Knight (Brian Lee Franklin), who was prosecuted for violating Mississippi’s laws against mix-race marriage.

Many viewers will be unable to overlook two blots on Knight’s moral character. The first is his savage murder of a Confederate officer, inside a church no less. The second concerns his personal life. When he goes on the lam, his wife, Serena (Keri Russell), has little choice but to leave Mississippi with their son. A slave named Rachel (Gugu Mbatha-Raw), who once saved his son’s life and who helped Knight when he first fled into the swamp, becomes his common-law wife. They have a son together and when Serena and her boy return at war’s end, they all live together on the same parcel of land.

Filmmaker Ross (“Seabiscuit,” “The Hunger Games”) spent a decade researching the project and consulting with various scholars. He painstakingly provides historical context using screen titles and other slightly less obvious guideposts, which can give the movie a lumbering feel. There’s a sense that every emotional reaction and cognitive response has been calculated in an attempt to craft a rousing, informative Hollywood narrative. As a result, the story doesn’t unfold as organically or artfully as one hopes it might.

That said, the picture hangs together seamlessly enough, and the production values are uniformly good, with first-rate cinematography, music and design work giving it a subdued aura of realism and authenticity.

In an unusual move, Ross has created the companion website freestateofjones.info where, on a scene-by-scene basis, he discusses the historical records that informed his creative decisions, cites his sources and points visitors toward additional information.

No doubt the site will facilitate the pedagogic utility of “Free State of Jones,” but the movie stands on its own as a thought-provoking piece of popular entertainment, not to be mistaken for a great work of art or scholarship.

The film contains frequent graphic war violence including some grisly images, several hangings, the brutal execution of a wounded soldier, off-camera sexual exploitation of a woman, many racial epithets, and one use of crude and one of crass language. The Catholic News Service classification is A-III — adults. The Motion Picture Association of America rating is R — restricted. Under 17 requires accompanying parent or adult guardian.

PREVIOUS: ‘Central Intelligence’ tests the wisdom of yet another buddy film

NEXT: ‘The Shallows’ menaces as the ‘Jaws’ of our time