Cars and bikes crash aplenty, but not the plot of ‘Jason Bourne’ 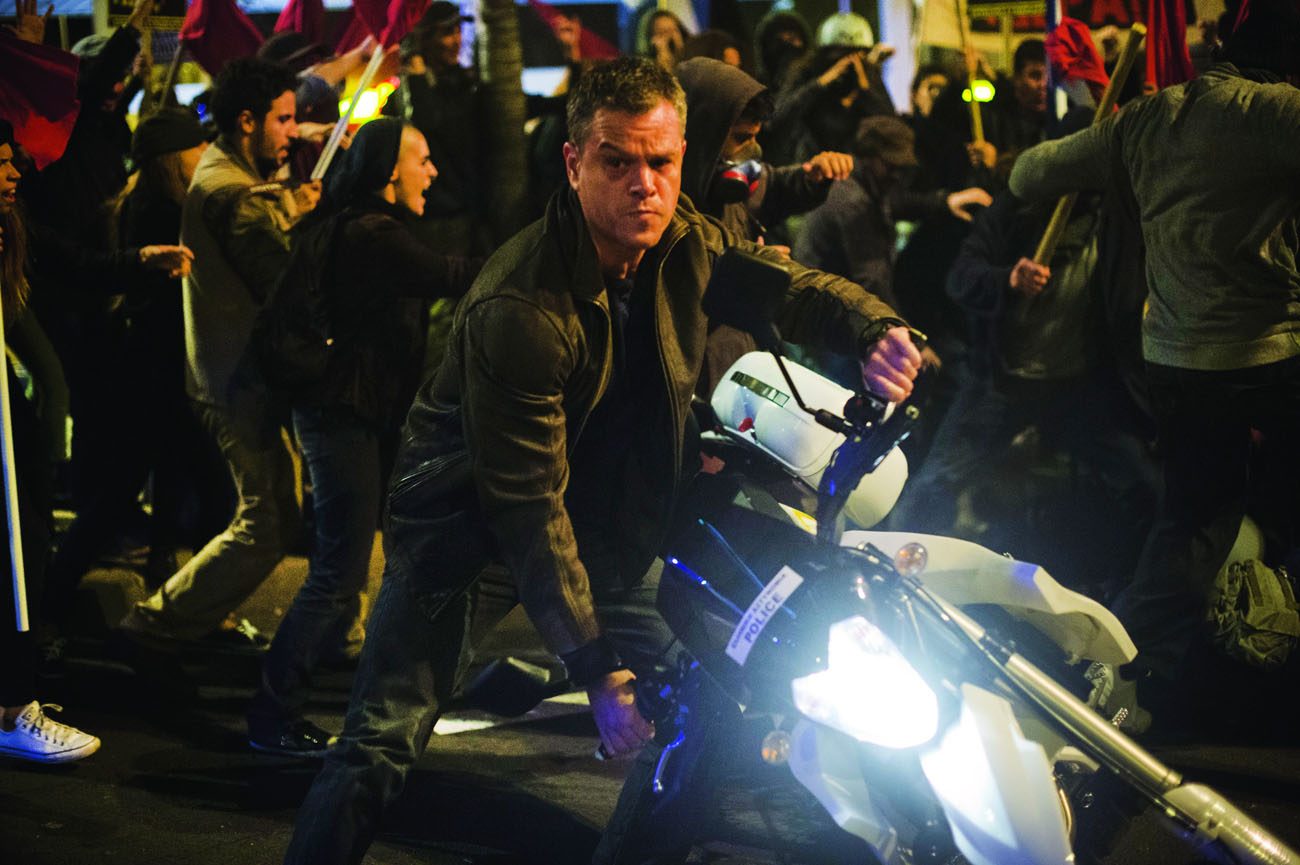 NEW YORK (CNS) — Nearly all of the characters in “Jason Bourne” (Universal) are under surveillance, being hacked, or in the gun sight of a government assassin.

Director Paul Greengrass, who co-scripted with Christopher Rouse, bookends the story with extended car and motorcycle chases, with the result that vehicle casualties considerably outnumber the body count from weapons.

Although the number of shootings does necessitate an adult rating, the film’s lack of gore and relatively mild language make this possibly acceptable for older adolescents — especially those who understand that the longer the car chase, the thinner the plot.

Matt Damon returns in the fifth big-screen outing for the monosyllabic government agent who first appeared in the novels of Robert Ludlum. He’s still seeking justice for his father, who died in a “black ops” expedition in Beirut some years earlier, and for himself, since the CIA’s Operation Treadstone turned him into a pitiless killer with memory problems.

He finally gets close to learning the truth about the project when Nicky Parsons (Julia Stiles), his fellow operative from the earlier installments, downloads all the relevant files onto a flash drive with the intention of putting them online. This produces the comment, from an anxious CIA official, “We’ve just been hacked. Could be worse than Edward Snowden.”

This threat never comes to pass, though. The CIA, it seems, not only has video cameras worldwide, it can shut down any computer with just a few clicks. And since CIA director Robert Dewey (Tommy Lee Jones) prefers killing people off rather than having them arrested and imprisoned, Nicky is doomed.

The moral center here is the CIA’s tech whiz Heather Lee (Alicia Vikander) who manages to warn Jason about impending peril in the nick of time with split-second texting and protect him with a sharpshooter’s aim.

The ethics of making secret government information available to the world becomes an undeveloped story thread.

There’s also a subplot about an underhand deal between the government and tech mogul Aaron Kalloor (Riz Ahmed). But this only serves as another way of putting Jason and Heather in shared danger.

The film contains frequent gun and physical violence and fleeting profanities. The Catholic News Service classification is A-III — adults. The Motion Picture Association of America rating is PG-13 — parents strongly cautioned. Some material may be inappropriate for children under 13.

PREVIOUS: Story of stressed-out moms morphs into a crude joke