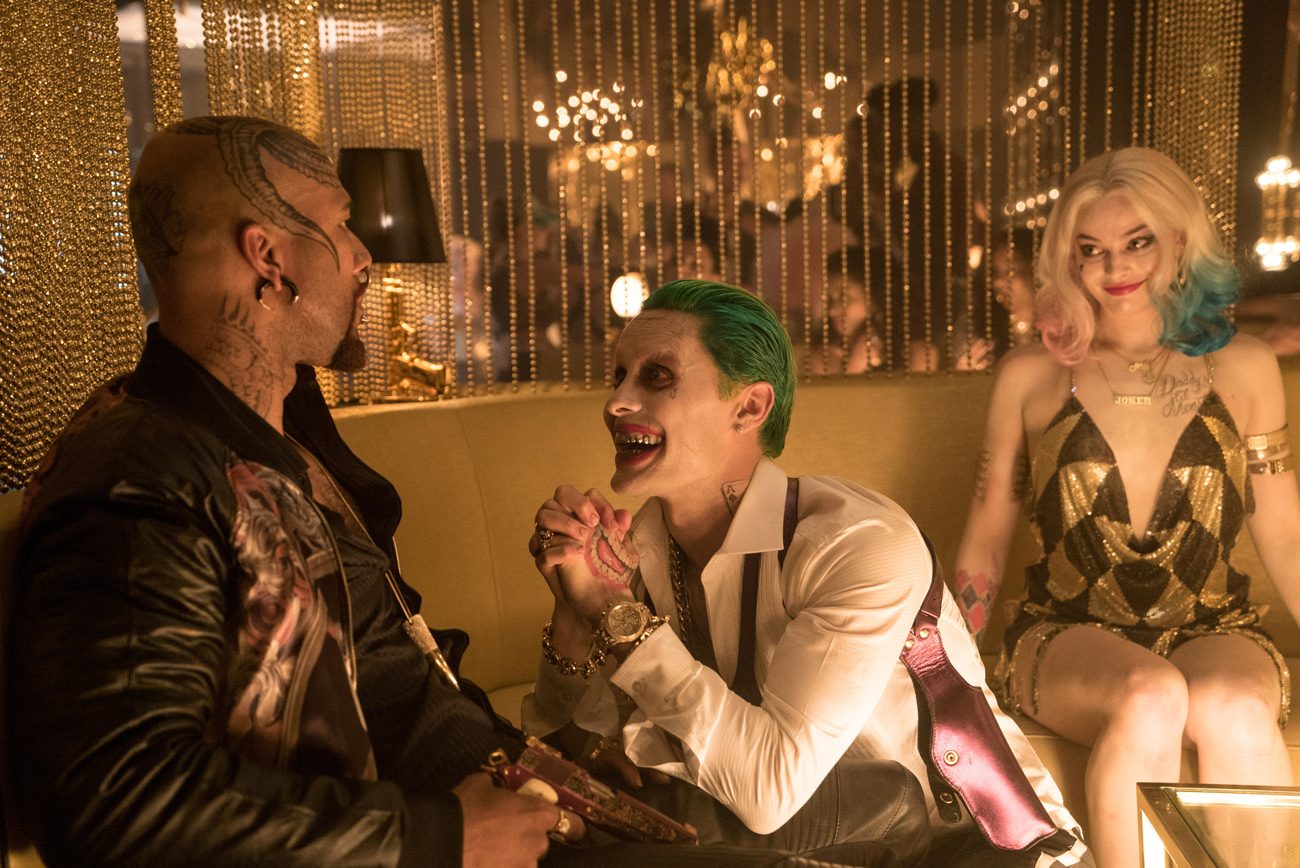 If there’s any good news to be salvaged from this mess, it’s that casting Viola Davis as a tough-as-nails government bureaucrat works quite well. Davis plays hard-bitten intelligence agent Amanda Waller. Waller’s pet project is the creation of the combat team of the title, an ensemble of violent villains she’s determined to spring from prison and put at the service of the government.

The leading figures in this dirty half-dozen are skilled assassin Floyd Lawton (Will Smith), aka Deadshot, and psychiatrist-turned-psychopath Harley Quinn (Margot Robbie), or Dr. Harleen Quinzel in her old job.

Together with Australian killer Boomerang (Jai Courtney), arsonist Diablo (Jay Hernandez), skin disease-afflicted brute Killer Croc (Adewale Akinnuoye-Agbaje) and escape artist Slipknot (Adam Beach), Deadshot and Quinn find themselves placed under the command of the military’s leading special ops warrior, Col. Rick Flag (Joel Kinnaman), and compelled to do Waller’s bidding. Their first mission is to take on an evil specter whose campaign of destruction has forced the evacuation of an entire city.

Whence this malignant spirit? Well, it seems that archaeologist June Moone (Cara Delevingne), Flag’s true love, got more than she bargained for when she went barging into an Aztec temple one day. She not only unleashed — and became possessed by — a long-dead witch called the Enchantress, she also summoned up the Enchantress’ brother, thus ultimately enabling his current bout of urban non-renewal.

As if to complicate a murky plot still further, Batman’s (Ben Affleck) longstanding adversary, the Joker (Jared Leto), gets added to the mix, pursuing an agenda of his own. Primarily, that means reuniting with his girlfriend, Quinn, whose love — or at least lust — he won in prison, and whom he then drove bonkers using the tools of electroshock therapy.

And then, straight out of left field, there’s Katana (Karen Fukuhara), a lady samurai whose deceased husband’s soul is trapped in her sword. For no very clear reason, she winds up tagging along on the quest to quell the Enchantress’ sibling as well.

Writer-director David Ayer’s film is barely passable while the action is chugging along. But scenes attempting to give moral shading to the characters — and bonding them as a pseudo-family — misfire completely.

Viewers are supposed to be impressed by the fact that career hitman Deadshot loves his young daughter, Zoe (Shailyn Pierre-Dixon), for instance. More persuasively, Diablo expresses his penitence for having misused the fire that shoots from his hands at will by refusing to employ this supernatural gift — at least, that is, until the script really needs him to for the sake of an explosive finale.

The film contains pervasive action violence but with minimal gore, scenes of debased sensuality, a couple of uses of profanity, and much crude and crass language. The Catholic News Service classification is L — limited adult audience, films whose problematic content many adults would find troubling. The Motion Picture Association of America rating is PG-13 — parents strongly cautioned. Some material may be inappropriate for children under 13.

PREVIOUS: Cars and bikes crash aplenty, but not the plot of ‘Jason Bourne’

NEXT: Cinematic subtleties show depth of morality tale in ‘Indignation’