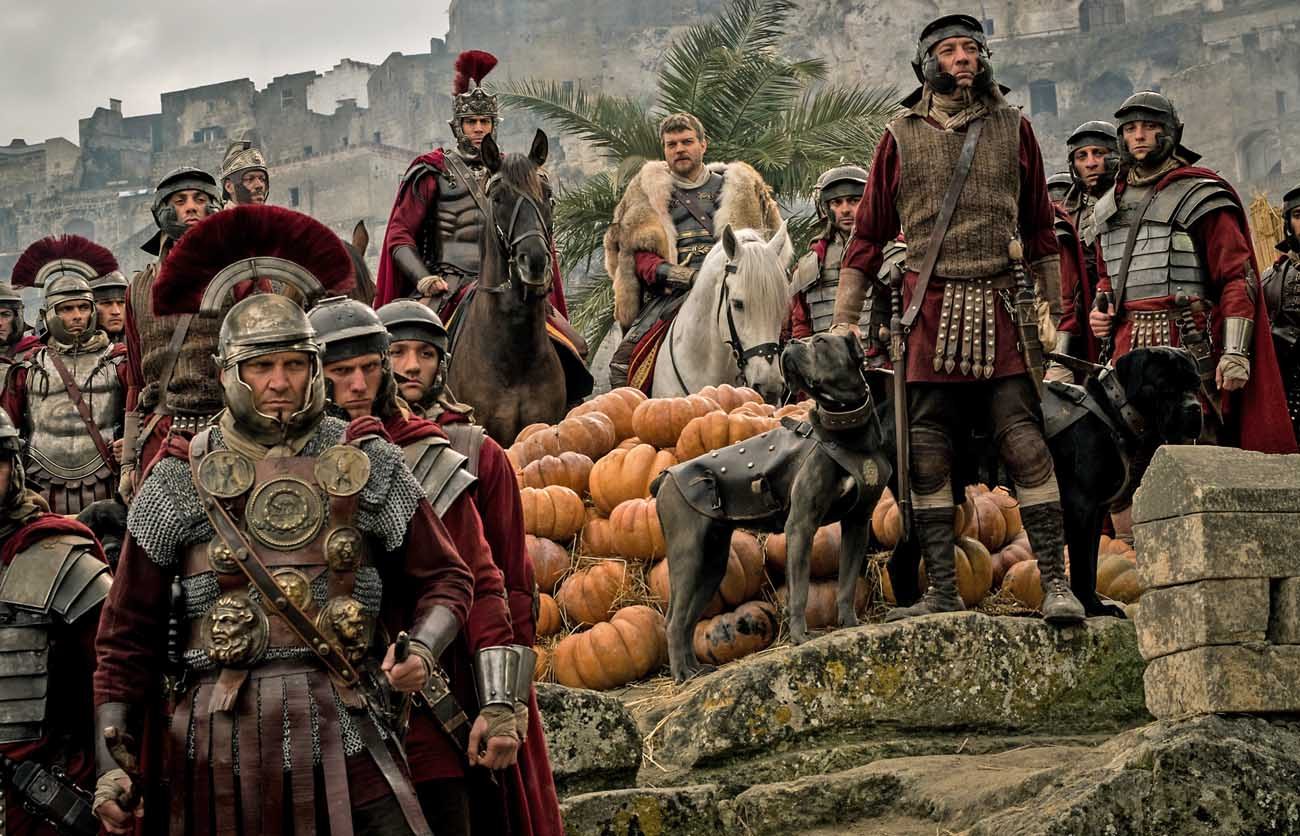 WASHINGTON (CNS) — It’s been 57 years since the last film version of “Ben-Hur” hit movie theaters. That alone is, for most Hollywood types, reason enough for a remake.

But when the husband-and-wife team of Roma Downey and Mark Burnett saw the screenplay of the new version from John Ridley, he of Oscar-winning “12 Years a Slave” fame, “we loved the script,” said Downey, an executive producer of the new film, as is Ridley. “We loved the rephrasing of the story as one of forgiveness and reconciliation instead of the previous incarnations which were revenge-driven.”

Downey added, “Certainly, my faith is important to me as a Catholic and I feel that the values in this film are important and valuable. In the time we’re living, in a world that’s uncertain, with fear and confusion, I feel the central themes of forgiveness and reconciliation is a message that’s needed now more than ever. It’s my hope that audiences will leave the film with this message of reconciliation.”

Downey and husband Burnett, one of the producers of “Ben-Hur,” spoke to Catholic News Service during an Aug. 13 telephone interview from Los Angeles, in a last promotion push for the film, which was to open nationwide Aug. 19.

(Read a review of the film here.)

“It’s very tricky, all the marketing,” Burnett said. “All it means is a number. You’ve got to make projects that you love, you’ve got to make them very well, do your best job, then tell people about it, and sit back and let it happen.”

Burnett added, “There’s a big push in the secular market,” noting big “Ben-Hur” billboards around Los Angeles, which she said is exciting. “We were excited to see the letter from Cardinal (Donald W.) Wuerl (of Washington in support of ‘Ben-Hur,’ and Archbishop (Jose H.) Gomez here in town (Los Angeles), and Cardinal (Sean P.) O’Malley (of Boston).”

Advance support for the movie has come “across denominations from all churches across the country,” Downey added, “but the Catholic Church this time has really stepped up and endorsed the film.” She said she hopes the church can “reach out to people who are unchurched and maybe don’t know about Jesus.”

Downey praised the performance of Brazilian actor Rodrigo Santoro as Jesus. “He brings a gentle strength but also a beautiful timelessness to the role.” Jesus in the 1959 version was played by Claude Heater, who didn’t even get his name in the credits. “Jesus was more of an imperial presence, he wasn’t interpreted as a person you could see or feel his presence,” Downey told CNS. “That’s something John Ridley addressed in his script. Not only he (Jesus) the son of God, but the son of man.”

The new “Ben-Hur” was filmed at Rome’s Cinecitta studio complex, and Burnett and Downey “had the opportunity to get a blessing from the pope,” she added. “Pope Francis personally blessed Rodrigo Santoro. That was an extraordinary moment for him, and for us.”

Even amid the busy-ness of moviemaking, the couple still finds time to pray. “Every day,” Burnett said. “For me personally I try to start my day with small prayers, and then I try to train physically for a couple of hours, then I take a solid half an hour after training to do nothing but praying.”

Apart from the cinema and television work, Downey and Burnett co-founded a charity, Cradle of Christianity, last year to address the exodus of Christians from the Middle East. Downey is working on a documentary called “Faithkeepers” to tell their story.

“We should be doing more to help them,” Downey said. “They’re about to be going into another winter over there, displaced and homeless. We’re trying to find ways to get organized and get money and help these people before the winter hits.” She said she appreciated the declaration by Secretary of State John Kerry that Islamic State was committing genocide against Christian and other populations in the region, “that a spade would be called a spade.”

Burnett told CNS how Cradle of Christianity last year played “a small part in getting 153 Iraqi Catholics resettled in the Czech Republic. It was really, really complicated to get people visas and passports and settled in another country.”

NEXT: Take a stroll down two different paths to confronting stress