Meryl Streep charms and charges ahead in touching, humane tale 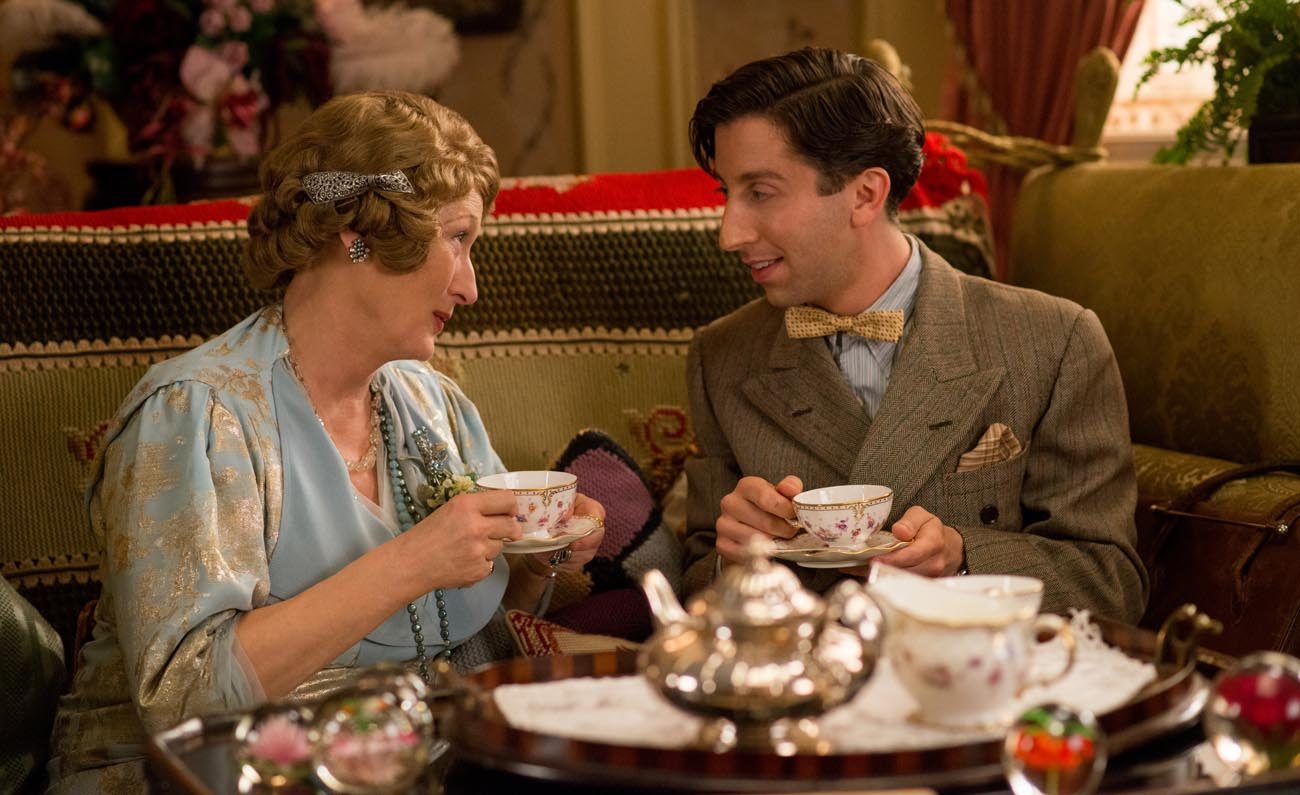 NEW YORK (CNS) — Like the World War II-era New York socialite it profiles, “Florence Foster Jenkins” (Paramount), a charmingly eccentric blend of comedy and drama, has its heart in the right place.

Yet moral complications are integral to this fact-based story, and they limit its appropriate audience, as a general matter, to discerning adults.

That’s a shame, because other objectionable elements in director Stephen Frears’ film are few, and this is, overall, a deeply humane tale from which young people might benefit.

Not content with her role as a generous and influential patron of Gotham’s music scene, Foster (Meryl Streep) yearns to take to the stage as a singer. The only difficulty is that she is spectacularly untalented. Not just bad, excruciating to a point that’s unavoidably comic.

Attempting to square this circle, and protecting Foster from the truth about her voice, becomes a full-time job for her husband, failed British actor St. Clair Bayfield (Hugh Grant). He shamelessly bribes the city’s newspaper critics, and assiduously restricts ticket sales to a small circle of friends willing to focus on Foster’s sincere enthusiasm rather than the outrageously awful effects she produces.

Bayfield gains an ally in his efforts when sympathetic young pianist Cosme McMoon (Simon Helberg) comes on board as Foster’s new accompanist. But this duo of guardians faces heightened stakes when Foster insists on booking Carnegie Hall for a night.

With characteristic deftness, Streep gets across both the full ridiculousness and the touching pathos of Foster’s situation. But her complex marital arrangement, and Bayfield’s concurrent relationship with his girlfriend, Kathleen (Rebecca Ferguson), whom he maintains in a separate household, require careful sifting.

For reasons not to be revealed for fear of a spoiler, Bayfield is not the straight-out adulterer the description of his lifestyle given above might make him seem. There are circumstances beyond his control that mitigate, though they cannot fully excuse, the guilt of his actions.

In fact, Bayfield’s character evokes just as multifaceted a response from moviegoers as does Foster’s.

While his unusual love for his wife appears genuine enough, viewers are bound to ask themselves to what degree it’s tainted by the desire to share in her wealth. Nicholas Martin’s script — and Grant’s performance — successfully maintain suspense on this point for much of the running time.

The ethical conflicts at work here invite more compassion than condemnation. So parents willing to make them the starting point for a discussion about the nature of marriage and the vagaries of human love may be inclined to allow especially insightful older teens to attend.

The film contains mature themes, including adultery and venereal disease, a morning-after bedroom scene, vague references to homosexuality, at least one profanity and a couple of uses each of crude and crass language. The Catholic News Service classification is A-III — adults. The Motion Picture Association of America rating is PG-13 — parents strongly cautioned. Some material may be inappropriate for children under 13.

PREVIOUS: Collection on mercy has much to say about often-misunderstood virtue