Remade ‘Ben-Hur’ isn’t bad, but can’t live up to its epic pedigree 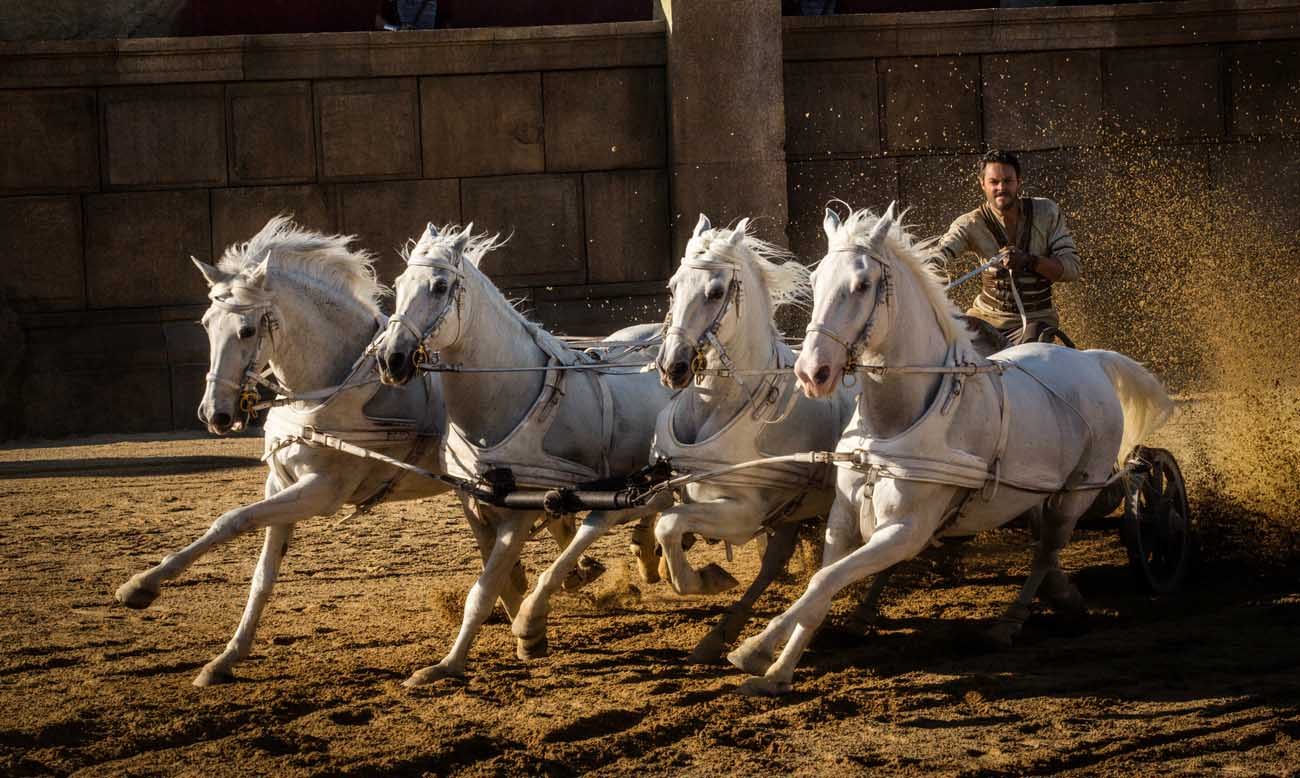 NEW YORK (CNS) — Few films come to the screen with the kind of storied pedigree that lies behind “Ben-Hur” (Paramount).

Subtitled “A Tale of the Christ,” Civil War Gen. Lew Wallace’s best-selling 1880 novel, which had previously been made into a wildly successful stage play, first reached audiences of the newfangled cinema way back in 1907. Since that adaptation was completely unauthorized, however, a lawsuit resulted that still stands as a landmark in the development of copyright protection.

Flash-forward nearly two decades and an epic-scale 1925 production starring Ramon Novarro and Francis X. Bushman becomes, reputedly, the most expensive silent film ever made. This version struck critical gold and won popular favor, though the financial outcome — given that outsized budget — was murkier.

The popularity of biblical themes and swords-and-sandals derring-do in the Hollywood of the 1950s made an update of “Ben-Hur” almost inevitable. And so the last year of that decade saw the release of director William Wyler’s 212-minute extravaganza in which Charlton Heston, in the title role, stepped into a chariot and made movie history at breakneck speed.

All that represents quite a historical and cultural burden for director Timur Bekmambetov and his collaborators — including executive producers Mark Burnett and Roma Downey — to bear in bringing his “re-imagining” to the screen. Which is a shame, since, considered strictly on its own terms, his iteration of Wallace’s classic story makes for a reasonably satisfying action picture.

(See a related story about the making of this film, here.)

The bad news for believers — whose hopes may have been raised by the participation of Burnett and Downey, fixtures in the world of Christian-oriented media projects — is that, primarily because of a poorly written script, this “Ben-Hur” fails to convince when Wallace’s religious theme comes to the fore.

It arrives by way of what must still be a familiar plot to many, at least in its initial setup: First-century Jewish prince Judah Ben-Hur (Jack Huston) lives a prosperous life in Jerusalem, where he carries on a friendly rivalry with his Roman adopted brother, Messala (Toby Kebbell), and finds happiness through marriage to his true love, Esther (Nazanin Boniadi).

After Judah gives shelter to Dismas (Moises Arias), a young zealot who was wounded fighting against foreign rule, however, disaster strikes the House of Hur. So, too, does betrayal since Messala, now an influential army officer on the staff of Pontius Pilate (Pilou Asbaek), refuses to risk his career by helping the family that took him in as a child.

Consigned to the miserable existence of a galley slave, and certain that the other members of his clan — including his mother, Naomi (Ayelet Zurer), and sister, Tirzah (Sofia Black-D’Elia), for whom Messala once carried a torch — have all been executed, Judah thirsts for revenge against his foster sibling. Until, that is, multiple encounters with Jesus (Rodrigo Santoro) open his eyes to the value of forgiveness and reconciliation.

Although the role of Dismas, whose subversive activities substitute for those loose roof tiles that got Heston in trouble, is an innovation, the epic sea battle and that trademark chariot race remain. Aficionados of the 1959 version may find these lacking, but they’re serviceable enough when weighed in isolation.

The real trouble arises when screenwriters Keith Clarke and John Ridley turn from mere diversion to something deeper. By skimping on the careful and time-consuming character development that would have been needed to make Judah’s ultimate conversion believable, they doom the religious dimension of “Ben-Hur” as surely as Dismas does its protagonist and his household.

What viewers are left with is the cinematic equivalent of Lutheran theologian Dietrich Bonhoeffer’s cheap grace, a redemption unjustified and unpersuasive precisely because it’s unearned.

Though the causalities that litter the arena as the movie’s most famous sequence progresses would normally suggest recommendation for mature viewers only, other elements are discreet enough that attendance by older teens would probably not be out of place.

The film contains generally stylized but harsh violence with several grisly deaths and some gore as well as a nongraphic marital bedroom scene. The Catholic News Service classification is A-III — adults. The Motion Picture Association of America rating is PG-13 — parents strongly cautioned. Some material may be inappropriate for children under 13.

NEXT: What happens when the faith of ‘The Innocents’ is lost