What happens when the faith of ‘The Innocents’ is lost 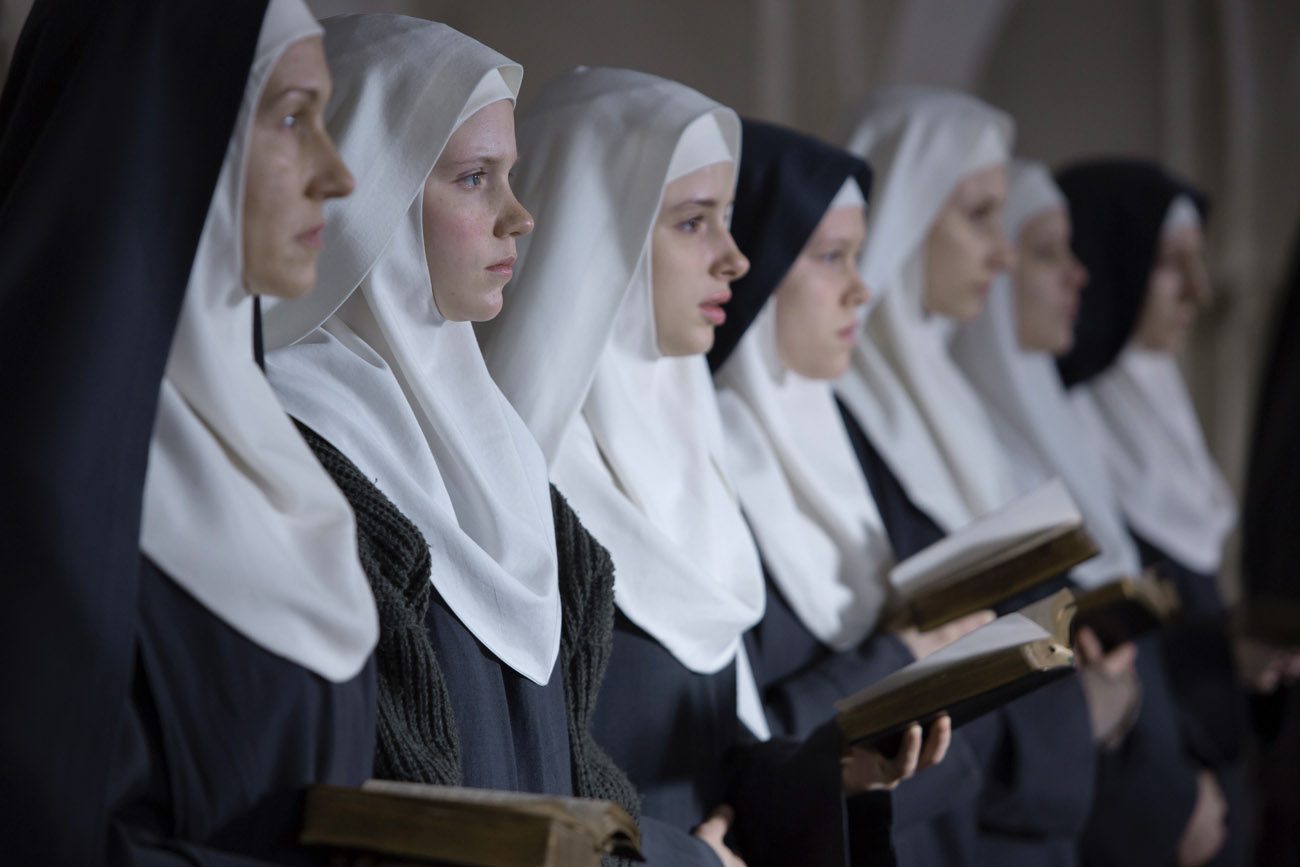 This is a scene from the movie "The Innocents." (CNS photo/Music Box Films)

The film gently explores the conflicts between duty to the living and the shattered faith that can result from acts of depravity.

The screenplay by Sabrina B. Karine and Alice Vial is loosely based on the real-life exploits of Madeleine Pauliac, a French Red Cross doctor who worked in Poland in the months following the end of World War II.

Fontaine unspools the story slowly and somewhat in the manner of a fable. That compels at least an uplifting, if not a happy, ending.

This approach is at odds with the harsh reality of the movie’s grim subject matter. But Fontaine, a strong moralist, lays out a case about the constrictions of faith when it’s separated from the world around it.

Mathilde Beaulieu (Lou de Laage), the stand-in for Pauliac, is not religious. The product of a working-class communist family, she’s compassionate, practical and tenderly leads the sisters toward solutions as they learn to trust her.

In December 1945, Mathilde is first summoned to the convent, where she delivers, by C-section, the baby of a young nun. Her training doesn’t allow her to make a detailed inquiry about how this has come about, but she’s told the horrible story anyway.

Invading Soviet soldiers, several months earlier, broke into the convent and, believing it to be their right, raped the sisters, leaving at least seven of them pregnant and the abbess (Agata Kulesza) infected with syphilis.

Their isolation and fear are appalling. They have no priest, and so can’t attend Mass or add nuns to their community; they can only pray the Liturgy of the Hours. Now, the degradation to which they’ve been subjected has crushed their faith or left them fearing hell for violating their vow of chastity.

Further complicating matters, if a new political regime shutters the community for ideological reasons, these nuns will become a source of scandal, lose their spiritual authority, and be left with no place where they can expect a welcome.

And what to do with the infants? The first to be born is quickly spirited away to adoptive parents. But Mathilde realizes that this will do nothing to restore the mothers. She reminds one, “It’s your duty to protect this child’s life.”

Mathilde finally wins the sisters’ confidence when she frightens away the returning soldiers by telling them the convent is under quarantine for typhus. As the frequency of the births pick up, she enlists the assistance of her sometimes-lover, Samuel (Vincent Macaigne), a Jewish doctor in her Red Cross unit who is dealing with survivor’s guilt in the wake of the Holocaust.

The eventual solution to the nuns’ dilemma is provoked by a tragic death. The story wraps up a little too neatly considering the circumstances. But the script’s ruminations on how believers respond to awful times are superb.

Thus Mathilde’s conduit to the workings of the convent, Sister Maria (Agata Buzek), who spent some time out in the world before taking her vows, describes her faith as “24 hours of doubt for one minute of hope.”

Though never tawdry, “The Innocents” is obviously a solidly adult picture, and not one for those in search of casual fare.

In Polish and French with subtitles.

The film contains mature themes, including rape and venereal disease, a nonmarital bedroom scene and several nongraphic depictions of childbirth. The Catholic News Service classification is A-III — adults. The Motion Picture Association of America rating is PG-13 — parents strongly cautioned. Some material may be inappropriate for children under 13.

PREVIOUS: Remade ‘Ben-Hur’ isn’t bad, but can’t live up to its epic pedigree