‘Fishbowl’ a slow swim to nowhere

Nun paints icon of Mary, Undoer of Knots to offer hope amid pandemic

In ‘Star Wars: Squadrons’ game, light is right over dark side 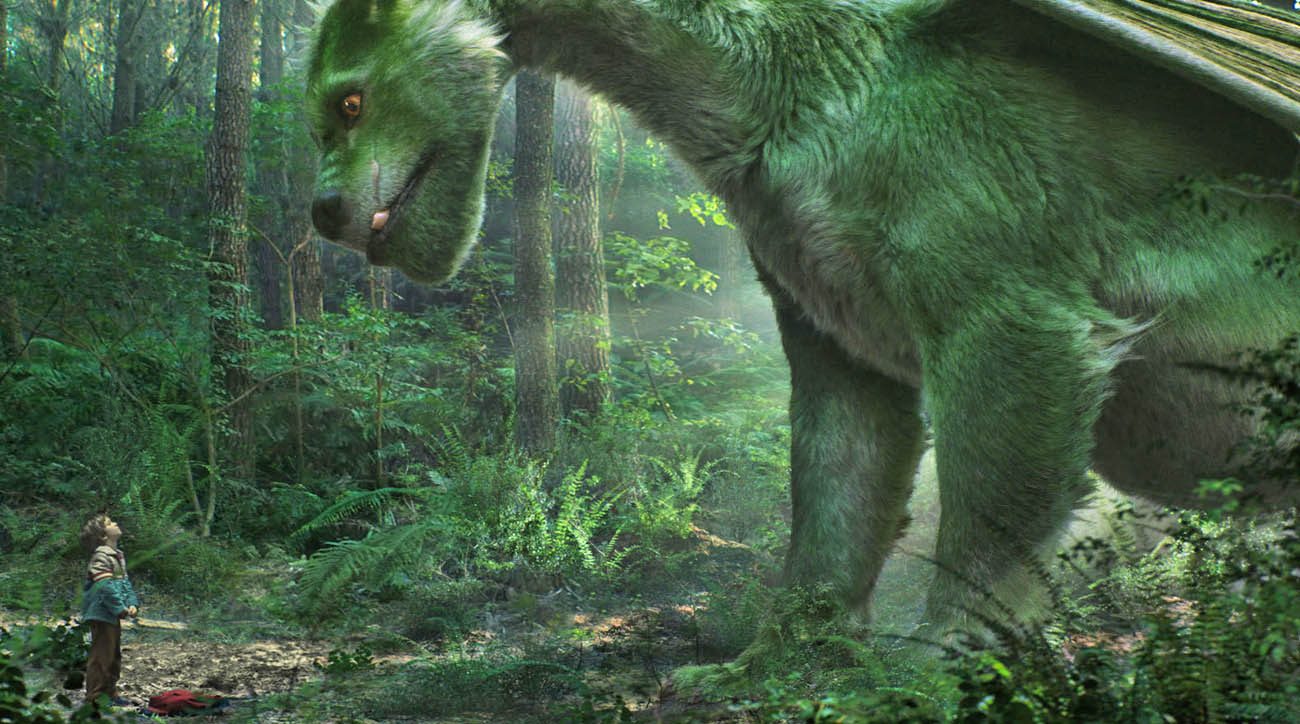 Oakes Fegley stars in a scene from the movie "Pete's Dragon." (CNS photo/Disney)

This “reimagining” of the 1977 Disney musical bears little resemblance to its predecessor, which featured a singing troika of Helen Reddy, Red Buttons and Shelley Winters.

The eponymous creature, moreover, is no longer a mere cartoon but a 3-D computer-generated Brobdingnagian wonder, covered in green fur and possessing the habits and charm of a basset hound.

Redford stars as Meacham, a Pacific Northwest woodcarver who also serves as the story’s narrator. On a lonely road deep in a remote forest, a toddler named Pete (Levi Alexander) is orphaned by a tragic accident. He wanders into the woods and is adopted by a dragon whom he calls, not Puff, but Elliott.

Fast-forward six years, and Pete (now Oakes Fegley) is living happily in the company of his jolly green giant, much in the manner of Mowgli in Rudyard Kipling’s “The Jungle Book.”

Meacham has long entertained locals with yarns of a monster in their midst. His daughter Grace (Howard), a forest ranger, is tolerant of his eccentric notions, but unconvinced.

In a strangely incongruous situation for a children’s movie, Grace already lives with her logger fiance, Jack (Wes Bentley), and his daughter Natalie (Oona Laurence). The precise nature of Grace and Jack’s relationship is, of course, never specified. So it’s possible to give it an innocent interpretation. But the inclusion of this arrangement sadly bars endorsement for impressionable kids.

Jack’s brother and business partner, Gavin (Urban), hears suspicious rumblings in the woods and gets ideas about going hunting.

“Pete’s Dragon” proceeds amiably on a predictable path with a heavy environmental theme. Echoes of “E.T. the Extra Terrestrial” and even “King Kong” are apparent as man and nature collide. It’s a very tall tale, but a pleasantly fanciful one, directed at a gentle pace by David Lowery (“Ain’t Them Bodies Saints”).

The film contains apparent premarital cohabitation, potentially frightening action sequences and a handful of mild oaths. The Catholic News Service classification is A-II — adults and adolescents. The Motion Picture Association of America rating is PG — parental guidance suggested. Some material may not be suitable for children.

PREVIOUS: ‘Song of the Deep’ a puzzling undersea adventure

NEXT: Book confronts questions about historical facts of Jesus’ resurrection