Teach your elders well: Pope calls youths to be models for adults 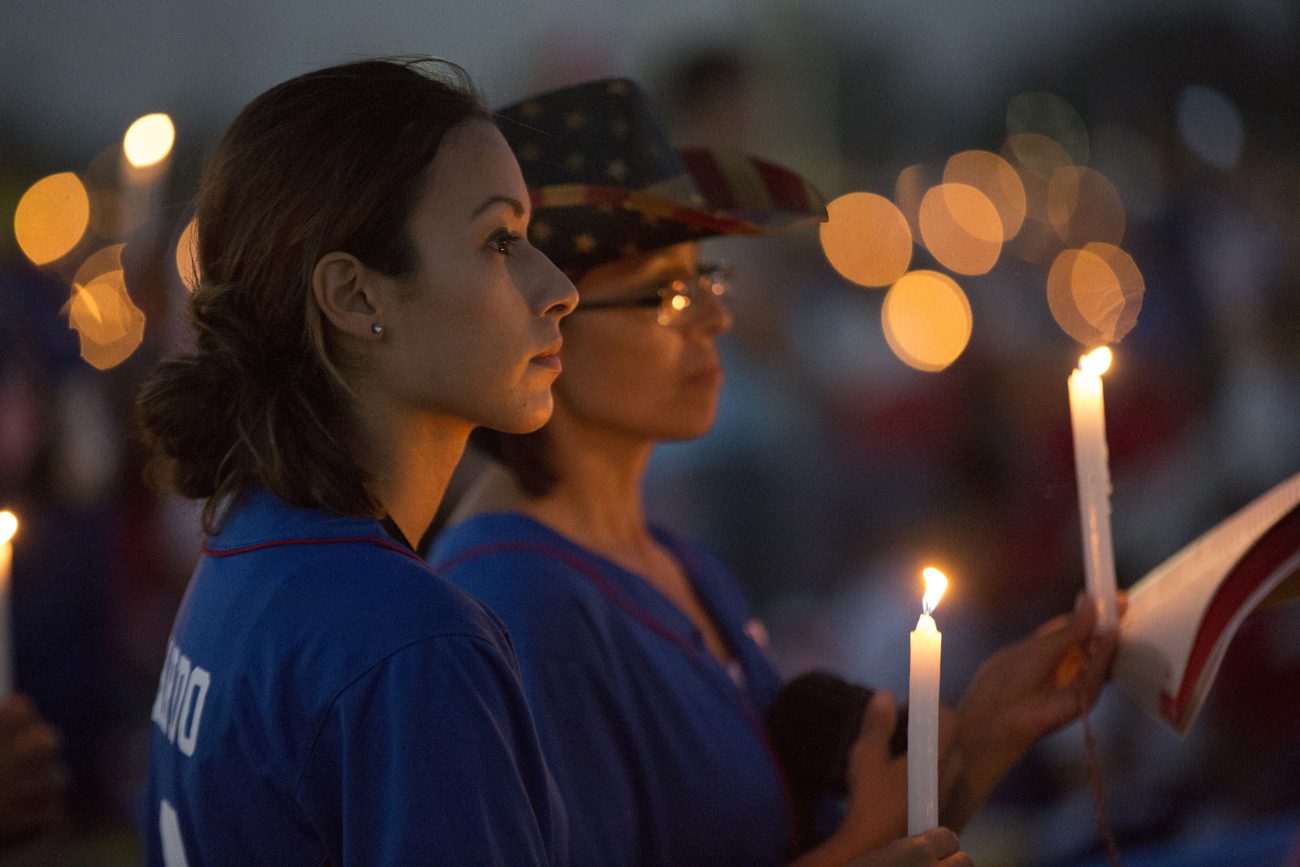 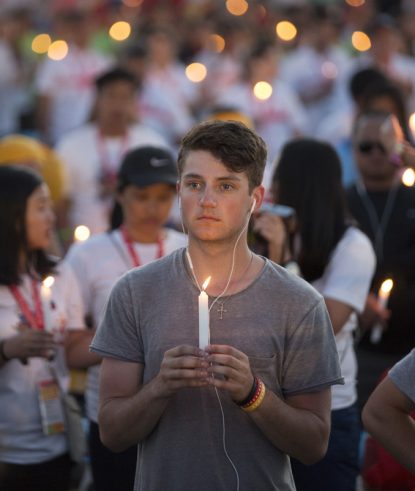 VATICAN CITY (CNS) — Aware of the risk of being called naive or being accused of spouting platitudes, Pope Francis called on young people to model for adults the paths of mercy and respect, and then demonstrated what he meant.

“Today we adults — we adults — need you to teach us, like you are doing now, how to live with diversity, in dialogue, to experience multiculturalism not as a threat but an opportunity,” the pope told young people gathered for a prayer vigil July 30 in Krakow, Poland.

“Have the courage to teach us that it is easier to build bridges than walls. We need this,” he said.

Many people find it easy to sit on the couch and tweet popular stereotypes like “All Muslims are terrorists” or “Immigrants steal our jobs.”

Pope Francis acknowledged that it is a huge task to build bridges and said he knew many people might not feel up to it at first. But, he said, Christians have an obligation to make at least an attempt.

Start small, he said. Take the hand of someone next to you.

It is possible that no one will accept that extended hand, he said, “but in life you must take risks; one who never risks never wins.”

At a time when civil discourse seems not only to have rejected “political correctness,” but also grandma’s “if you can’t say anything nice, don’t say anything at all,” Pope Francis said Christians are called to watch their tongues. And their texting fingers.

Perhaps more than any event so far in the Year of Mercy, the World Youth Day celebrations focused on the traditional Catholic lists of the corporal and spiritual works of mercy: feed the hungry; give drink to the thirsty; clothe the naked; welcome the stranger; assist the sick; visit the imprisoned; bury the dead; counsel the doubtful; teach the ignorant; admonish sinners; comfort the sorrowful; forgive offenses; patiently bear with troublesome people; and pray for the living and the dead.

A year before the Krakow gathering, Pope Francis sent young people a letter asking them to prepare for World Youth Day by performing one of the works each month. And, in solemn prayer July 29, the pope and the youths meditated as the seven corporal works and seven spiritual works were paired with one of the 14 Stations of the Cross at the Krakow celebration.

“In the face of evil, suffering and sin,” the pope told them, “the only response possible for a disciple of Jesus is the gift of self, even of one’s own life, in imitation of Christ; it is the attitude of service. Unless those who call themselves Christians live to serve, their lives serve no good purpose. By their lives, they deny Jesus Christ.”

The reality of evil, violence and terrorism filled the newspapers in late July, strongly contrasting with the sight of young Catholics dancing in the streets of Krakow or a million of them on their knees before the Blessed Sacrament or thousands standing in line for confession in a park.

In Poland and on his return flight to Rome, Pope Francis did not ignore the signs of evil. But he made it clear his bet for a better future was on the hope-filled, energetic, courageous and open tendencies of the young. And their willingness to get to know those from another country, another race or another religion.

On the flight back to Rome July 31, a journalist asked the pope, “Why, when you speak of these violent acts” like the brutal murder of an elderly priest in France, “you speak of terrorists, but never of Islam? You never use the word Islam.”

Every religion has members who are violent, Pope Francis said. “If I spoke of Islamic violence, I would have to speak of Catholic violence as well. Not all Muslims are violent; not all Catholics are violent. It’s like fruit salad — there is a bit of everything. There are violent people in these religions. One thing is true: I believe that in almost every religion there is a little fundamentalist group.”

The pope told reporters about his long discussion in May with the grand imam of Egypt’s al-Azhar University, the highly influential center of Sunni Muslim learning. “They are looking for peace, for encounter,” the pope said.

NEXT: New Vatican panel will study ministry of women as deacons