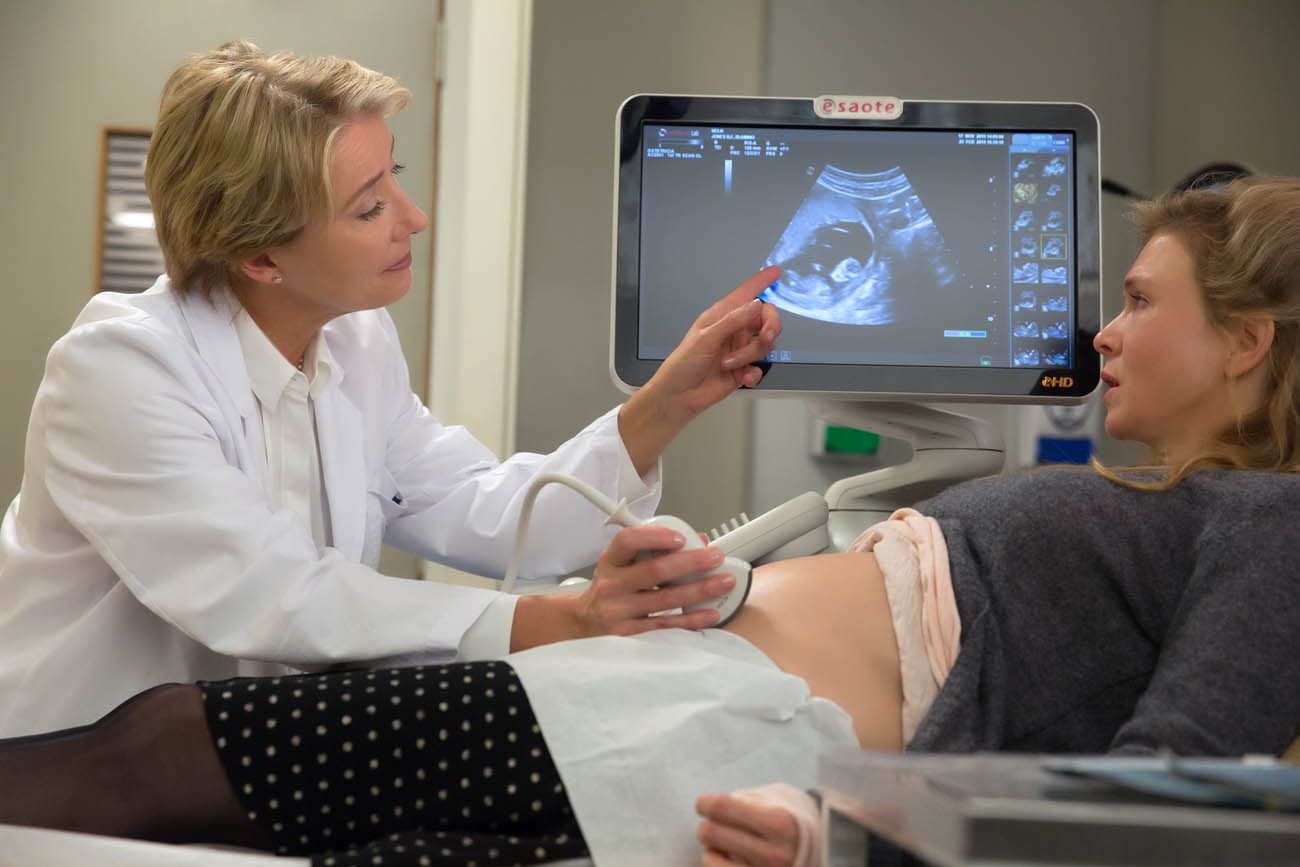 An over-40 heroine and her two mature suitors prove more than capable of combining love and laughter to life-affirming effect.

Fifteen years after British writer Helen Fielding’s klutzy diarist first popped up on movie screens, she resurfaces in a scenario that renders her endearing indeed. In “Bridget Jones’s Diary” and its 2004 sequel, Bridget’s awkwardness and cringe-worthy antics drove the humor; we were asked to mock and cheer for her at the same time.

Though still quite clumsy — and despite the fact her relative wantonness will make some viewers wince — Bridget is easier to root for now because she’s comfortable in her own skin. Her self-awareness has evolved into self-understanding, which in turn triggers deeper empathy and a more durable feeling of goodwill.

Bridget (Renee Zellweger) has no love interest to celebrate with on her 43rd birthday, and plans with friends have fallen through. But being alone in her London flat does not maker her appear pathetic. Her job producing a major TV news show is a source of satisfaction and she’s enriched by her relationships with work mates and a diverse set of friends. Still, she longs for a husband and family.

At a music festival she meets Jack Qwant (Patrick Dempsey), the American founder of a matchmaking website that uses an algorithm to determine compatibility. With minimal ado, they have relations and go their separate ways. Less than a fortnight later, Bridget and her ex boyfriend Mark Darcy (Colin Firth) relight the flame following a christening party. Finding herself pregnant, she has no idea which man is the father.

Esteemed lawyer Mark remains a reserved, emotionally repressed figure. Often wearing a pained expression, Firth brings even more dour haughtiness to the role than before. Yet this works in the movie’s favor by heightening the believability of his feelings when they are revealed. For his part, the effusive Jack has an unrealistic approach to romance, one that relies on a mathematical formula.

Adding to the turmoil, at work a team of hipster media consultants has been brought in to update — read dumb-down — Bridget’s news program. And her mother (Gemma Jones) is campaigning for a local council position on a conservative, family-values platform.

Returning to the franchise after directing the first movie, Sharon Maguire adroitly balances the physical and verbal humor. She wrings the right amount of giggles and feel-good warmth from the plot, which doesn’t offer any startling developments and sags in the middle section before delivering its bundle of happiness. Playing Bridget’s droll obstetrician, Emma Thompson steals every scene she’s in; she also shares credit for the screenplay along with Fielding and Dan Mazer.

The degree of calmness impending motherhood brings to Bridget doesn’t preclude hilarious gaffes and moments of self-doubt, but she’s less susceptible to feeling humiliated. The language is colorful to say the least; and Bridget’s willingness to have premarital sex (modestly depicted) cannot be endorsed. More importantly, however, there’s never the slightest suggestion that she won’t have the baby. She wants to be a mother, and a wife.

“Bridget Jones’s Baby” evinces a healthy desire — a fruitful yearning that takes into account the wisdom and nurturing instincts that develop as one gets older. Thematically, the picture respects tradition while championing tolerance and smart innovation. It favors lived experience and intangible bonds over mathematical abstraction and sparkly veneers. Bridget can distinguish between the inanely modern or progressive — change for change’s sake, if you will — and values that are truly important and lasting.

NEXT: Paige O’Hara, voice of ‘Belle,’ recalls magic of ‘Beauty and the Beast’