Paige O’Hara, voice of ‘Belle,’ recalls magic of ‘Beauty and the Beast’ 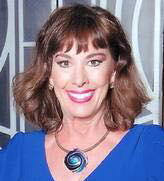 WASHINGTON (CNS) — If you were to meet Paige O’Hara in person, you might not give her a second glance.

However, she’s had one mighty impressive film credit: the speaking and singing voice of Belle in the 1991 Disney animated classic “Beauty and the Beast.”

That fit O’Hara to a T. She had plenty of live theatrical experience, including on Broadway. It turned out that “Howard (Ashman, who wrote song lyrics for ‘Beauty’) liked my recording as Ellie in ‘Show Boat,'” she recalled.

Five auditions later, she got the part.

She recorded her lines first, with the animation following. She used no vocal affectation for the voice of Belle. “My voice is Belle’s voice,” she said. “They filmed all our recording sessions over two years,” O’Hara added, noting that the camera often captured her brushing her hair away from her forehead — which became a signature gesture of Belle’s.

Seeing it all come together at advance screenings “was like magic,” she remembered.

Made on a budget of $25 million, the box office returns were a real beauty: $425 million, or 17 times the original investment.

This resulted in O’Hara, now 60, reprising her role at least 10 times, and probably more often by her estimation, for various Disney projects. “It’s only been the last five years that I haven’t done Belle,” she said.

Although voicing an animated character gives her some welcome anonymity, the voice itself can be a giveaway. She was trying to book a flight over the phone, she told CNS, when the Delta Air Lines customer service representative queried, “Has anyone told you you sound a lot like Belle?” When O’Hara, who was using her married name — Piontek — to book the tickets, revealed her middle name, the customer service agent replied, “I knew it!”

Then there was the time in the grocery store, not long after “Beauty” was released, when a young boy approached her and asked, “You’re Belle, aren’t you?”

Sometimes, O’Hara said, when visiting sick children in a hospital, the kids could not quite believe she was Belle. “They’re expecting the animated character,” she added. ‘I tell them to close their eyes and imagine.”

Hospital visits have been just part of the charity work for her and her husband, Michael Piontek – who played the Beast in a Los Angeles stage musical adaptation of “Beauty” after the movie’s runaway success. They have contributed to Catholic Charities, the Make-a-Wish Foundation and Three Square, southern Nevada’s only food bank.

One would think that with such a sparkling credit on her resume, O’Hara might have gotten a slew of jobs. However, not long after the film came out, “both my parents got sick” and she moved back to Fort Lauderdale, Florida, to help care for them; O’Hara said she recorded some Belle roles via phone for Disney during that period. Then, she and Piontek tried — unsuccessfully — to have a baby.

As the decade drew to a close, O’Hara’s mother died. “I was very sad. It was a tough time for me. Losing your mother stays with you,” she said.

A couple of months afterward, Disney’s then-chairman, Michael Eisner, called O’Hara and asked her if she would perform on Disney’s Millennium Cruise. “He got me singing again,” she said of Eisner. “That got me out of my depression. I was able to put together a little 25-minute set with Michael” at the piano.

The couple now make their home in Las Vegas. She recently concluded a nine-year run performing on stage in “Menopause: The Musical.” She’s also spent the last eight years painting for Disney Fine Art, and is ready to use her smartphone to show “Beauty and the Beast” scenes she’s done that are among her favorites.

Of course, it wouldn’t be a proper 25th anniversary without some kind of marketing tie-in. Disney has released a “combo pack” with a Blu-ray disc and a DVD to mark the anniversary.

On the discs, there’s also a trailer for Disney’s live-action version of “Beauty and the Beast” to be released in theaters next year on St. Patrick’s Day. Emma Watson of “Harry Potter” fame plays Belle, while the beast is played by Dan Stevens, who was featured in the television series “Downton Abbey.” Other cast members include Kevin Kline, Audra McDonald, Stanley Tucci, Ewan McGregor, Emma Thompson, Ian McKellen and Josh Gad.

“I’m excited” about the live-action “Beauty,” O’Hara said, “although that’s not shared by all of my old cast mates.”

The original CNS review called the animated story of the Beauty, who “sees the struggling soul beneath” the Beast’s “ugly exterior” a “mostly enchanting,” “multicolored gem” with “enormously entertaining” musical numbers. Audiences made it the first animated feature to earn more than $100 million at the box office.

NEXT: Traitor or champion? ‘Snowden’ looks at controversial leaker