‘Deepwater Horizon’ isn’t easy to watch, but it’s worth it 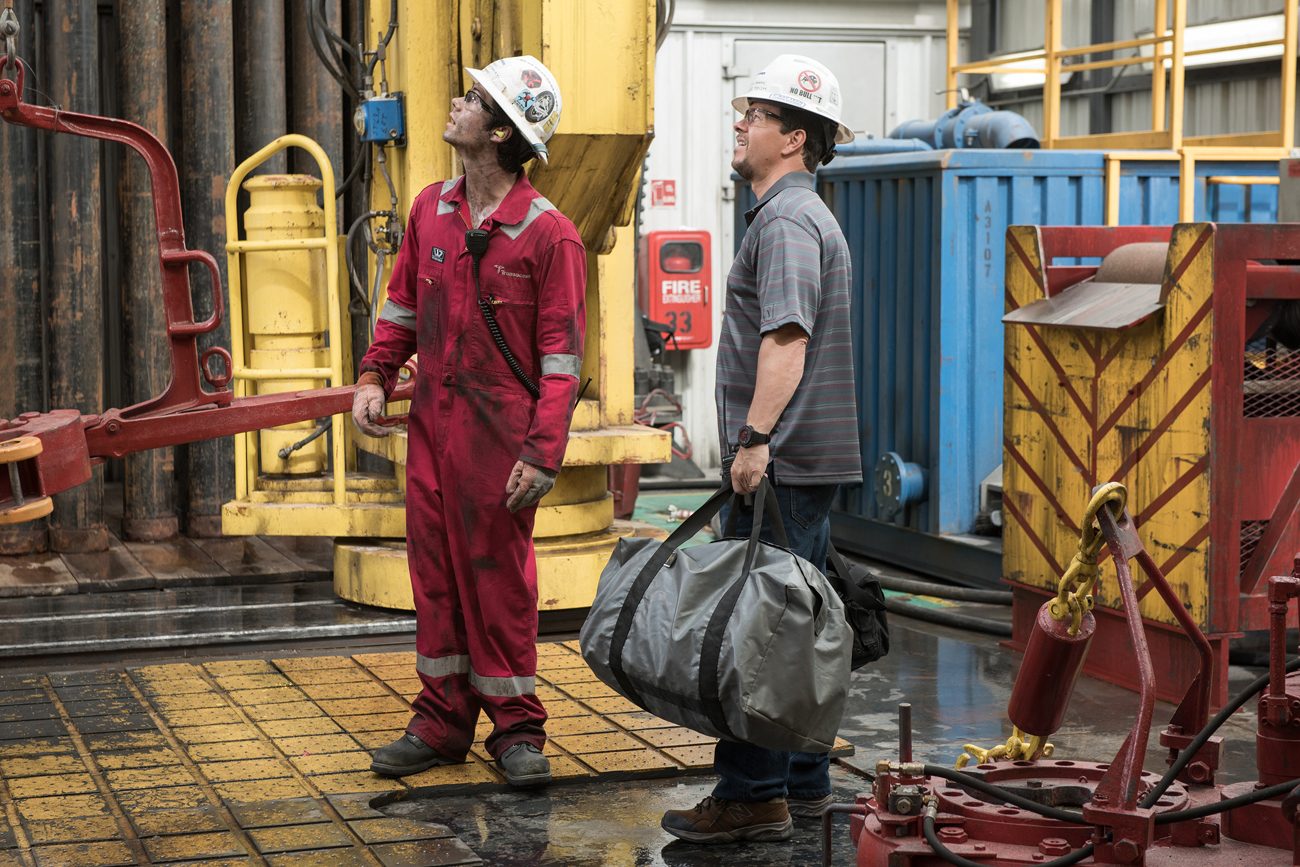 Dylan O'Brien and Mark Wahlberg star in a scene from the movie "Deepwater Horizon." The Catholic News Service classification is A-III -- adults. The Motion Picture Association of America rating is PG-13 -- parents strongly cautioned. Some material may be inappropriate for children under 13. (CNS photo/Lionsgate)

Whatever the nature of the threat, endangered characters, whether plucky or pusillanimous, tried to see it through in the conviction that (to quote the popular theme song of 1972’s “The Poseidon Adventure”), “There’s got to be a morning after.”

Such films often provided campy fun, even if they rarely boasted either high aesthetic quality or much staying power. “The Swarm,” anyone?

Quite the reverse is the case with the forceful but grim, fact-based chronicle of calamity “Deepwater Horizon” (Summit). Peter Berg’s dramatization of familiar recent events is an admirable and well-crafted spectacle for grownups — with the background assets of a solid, positively portrayed marriage and some incidental religious elements. Nonetheless, it’s not an easy picture to watch.

Drawing on a New York Times article by David Barstow, David Rohde and Stephanie Saul about the 2010 loss of the Deepwater, screenwriters Matthew Michael Carnahan and Matthew Sand fix their focus on a quartet of principals led by Mike Williams (Mark Wahlberg), the vessel’s chief electronics technician.

The tense opening scenes find visiting corporate executive Donald Vidrine (John Malkovich) pushing back against the safety concerns expressed by both Mike and Mr. Jimmy — only to find himself, in short order, caught up in one of the worst man-made catastrophes in history. Following the “blowout,” the race for survival against shooting flames, sudden explosions and deadly flying debris is fueled by self-sacrificing heroism and courage.

The bloody wounds and wrenching situations to which viewers are exposed along the way are no doubt faithful to reality, but they involve some harrowing sights. Compensation takes the form of compelling acting from both Wahlberg and Rodriguez, each portraying an ordinary person suddenly forced to cope with destruction on a titanic scale.

Mike is shown blessing himself as he starts the helicopter ride that will bring him out to the rig for his three-week shift. There’s an irony in this since the dangers of flying turn out, of course, to be the least of his worries. Additionally, the movie’s wrap-up includes a spontaneous recitation of the Our Father by all the survivors.

Between these two faith-tinged moments, however, we’re reminded that people facing imminent death tend to use the S-word a lot.

The film contains pervasive, sometimes gory, disaster violence, a scene of nongraphic marital lovemaking, about a half-dozen uses of profanity and frequent crude and crass language. The Catholic News Service classification is A-III — adults. The Motion Picture Association of America rating is PG-13 — parents strongly cautioned. Some material may be inappropriate for children under 13.

PREVIOUS: Two treatments of politics merit one thumbs-up, one thumbs-down

NEXT: Mooncop: Last Man on the Moon