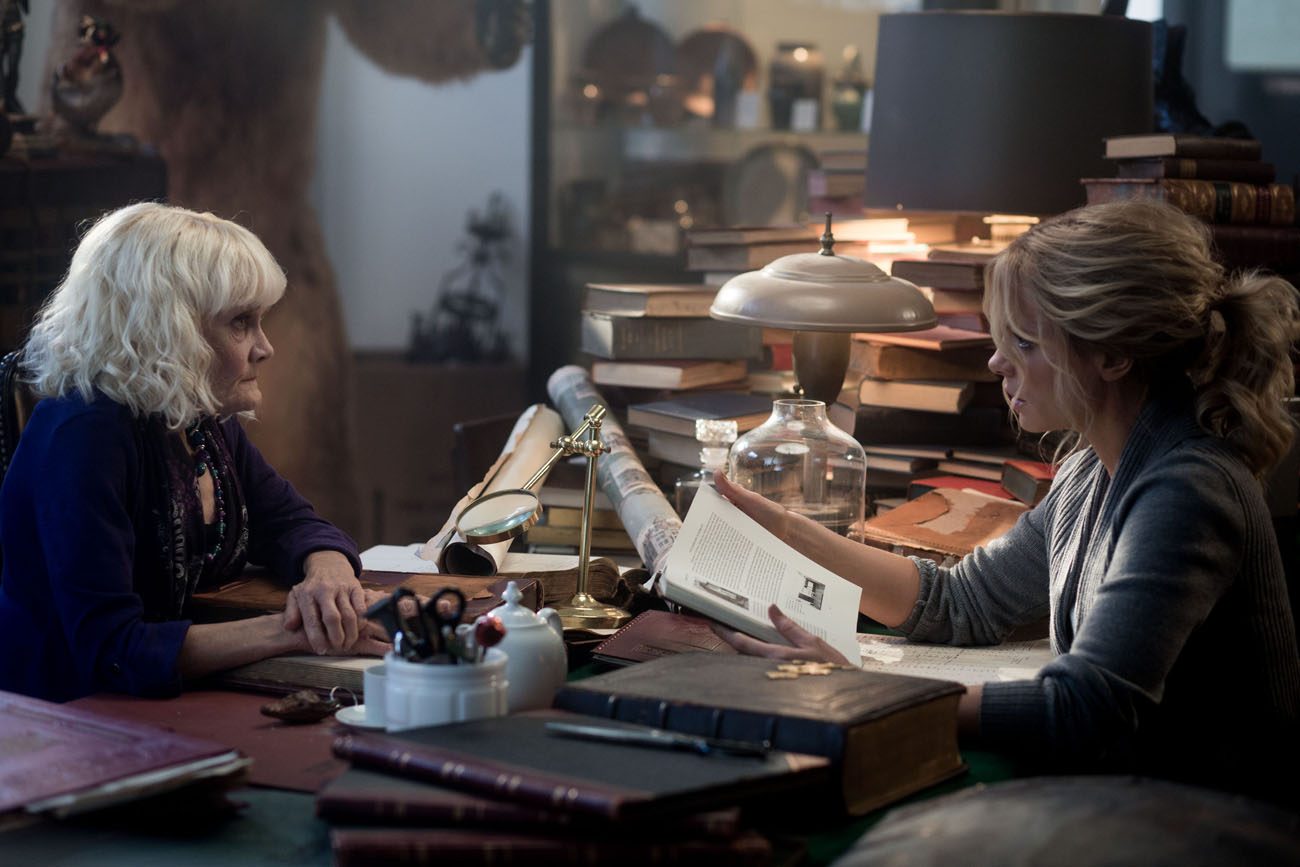 NEW YORK (CNS) — Mixing a psychological drama with the dependable haunted-house formula must have sounded appealing to the makers of “The Disappointments Room” (Rogue).

Unfortunately, nothing in this morally bereft story works. A meandering plot line about the effects of grief and depression following the loss of an infant goes nowhere, and the haunting consists of a single room in a creaky old mansion occupied by three 19th-century wraiths from the spirit world.

For good measure, there are a couple of spooky fireproof portraits that glower like castoffs from the 1966 Don Knotts comedy “The Ghost and Mr. Chicken.” The result is both stale and jolt-free.

Architect Dana (Kate Beckinsale), husband David (Mel Raido) and their 5-year-old son Lucas (Duncan Joiner), grieving the death of an infant daughter, have moved from the city to the Blacker house. It’s leaky, it’s creaky, and Dana intends to fix it up as she restores her mental health.

They appear not to have done any kind of due diligence, since Dana shortly finds that there’s a locked attic room about which she’s known nothing, and which occasionally omits eerie noises.

This, she learns from grizzled local records-keeper Judith (Marcia Derousse), was the original owner’s “disappointments room,” where the well-to-do kept children with physical deformities imprisoned and out of sight before they died of neglect.

Grumpy Mr. Blacker, his wife and doomed daughter occasionally pop up, Mr. Blacker always with murderous intent, and the plot is supposed to be further complicated by Dana’s decision to stop taking her antidepressants. That way, the audience is not supposed to know whether she’s hallucinating.

Director D.J. Caruso, who co-wrote the screenplay with Wentworth Miller, puts Dana and Lucas into peril a few times, but relies on cliches, including a possessed black dog and even bats in the attic.

NEXT: Movie review: When the Bough Breaks