Movie review: When the Bough Breaks 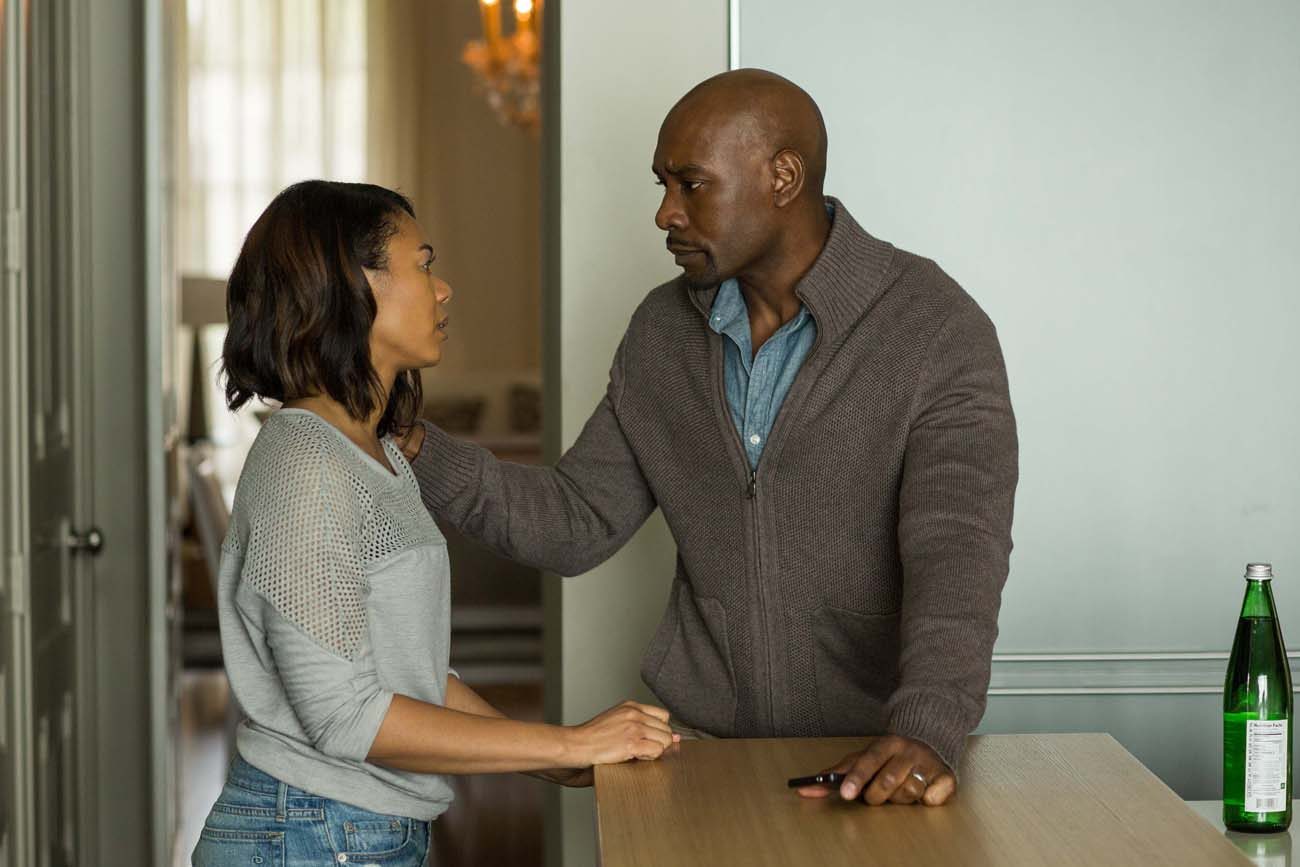 Morris Chesnut and Regina Hall star in a scene from the movie "When the Bough Breaks." (CNS photo/Sony)

NEW YORK (CNS) — If you recall the familiar nursery lullaby, you’ll know that “When the Bough Breaks” (Screen Gems) foretells doom for both cradle and baby.

So it comes as no surprise that this lurid thriller about the desperate measures prospective parents take to start a family is, in the end, a cautionary tale about misplaced morality.

The Taylors are an attractive professional couple. Laura (Regina Hall) is an acclaimed chef, and husband John (Morris Chestnut) a hotshot attorney.

The only thing missing in their apparent domestic bliss is a child. Laura has suffered multiple miscarriages. In vitro fertilization has not worked.

Mindful of John’s callous warning that “We’re down to our last viable embryo,” the Taylors go shopping for a surrogate.

They find one in the comely Anna (Jaz Sinclair). Her wide-eyed innocence and altruism in eagerly offering her body seem too good to be true.

They are. A background check of Anna would have revealed a sordid, violent past. And her psychotic fiance, Mike (Theo Rossi), wants Anna to keep the baby to extort more cash from the Taylors.

Over the course of nine months, Anna herself becomes increasingly deranged. Her obsession with John grows ever larger along with her baby bump.

It’s not hard to see where this leads, as director Jon Cassar and screenwriter Jack Olsen borrow heavily from thrillers like “Fatal Attraction” (1987) and “The Hand That Rocks the Cradle” (1992).

Predictability aside, “When the Bough Breaks” falls flat in its fundamental premise: that in vitro fertilization, and the surrogacy option, are completely normal, natural choices. On the contrary, the Catholic Church teaches that IVF is gravely immoral, particularly as the process requires the test-tube creation of multiple human embryos, most of which do not survive.

It’s this cavalier attitude toward the destruction of innocent human life, along with Anna’s expressed acceptance of abortion, which places the film firmly out of bounds for viewers of faith.

The film contains a benign attitude toward abortion and immoral methods of conception such as in vitro fertilization, domestic violence, mild gore, marital sensuality, partial nudity, and occasional crude language. The Catholic News Service classification is O -– morally offensive. The Motion Picture Association of America rating is PG-13 — parents strongly cautioned. Some material may be inappropriate for children under 13.

NEXT: ‘Robinson Crusoe’ goes 3D animated, to good effect, in ‘The Wild Life’