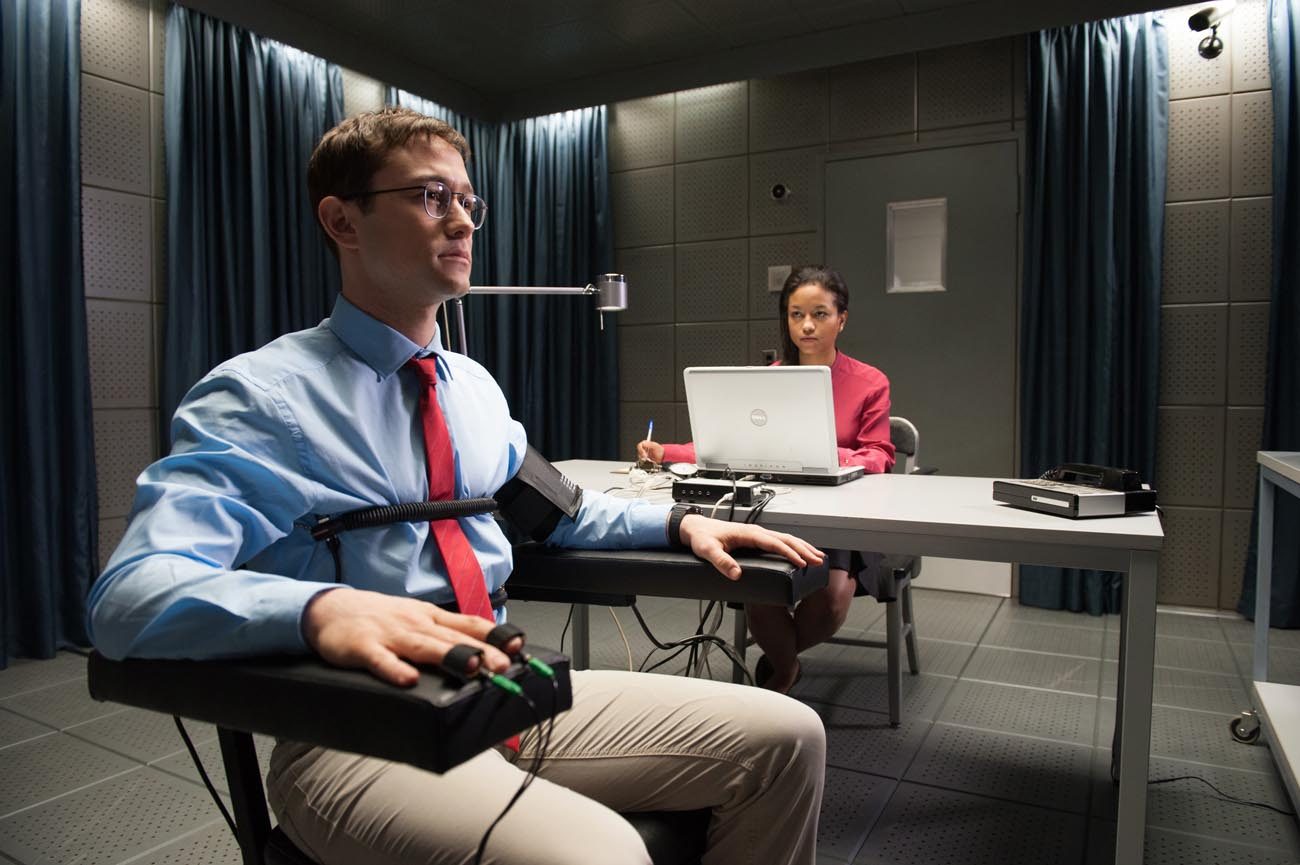 NEW YORK (CNS) — Few figures on the contemporary scene are as controversial as Edward Snowden, the former intelligence officer who, in 2013, revealed to the press the existence of a secret National Security Agency program for the collection of mass data that he considered abusive.

Champion of individual rights against an intrusive government or a traitor to his country? Opinions about Snowden vary between these two extremes but also probably occupy every square inch of the wide philosophical and political territory dividing them.

Riding into this ongoing fray at an enthusiastic gallop comes left-wing stalwart Oliver Stone. As director and co-writer (with Kieran Fitzgerald) of “Snowden” (Open Road), Stone serves up an interesting screen biography, but one that eventually proves both excessively one-sided and overlong.

Holed up in a Hong Kong hotel on the eve of his epochal leak, Snowden (Joseph Gordon-Levitt) recalls the events of his life, beginning with his service in the Army, for the benefit of documentary filmmaker Laura Poitras (Melissa Leo). Between the extensive flashbacks that follow, he also strategizes with the two principal reporters, Glenn Greenwald (Zachary Quinto) and Ewen MacAskill (Tom Wilkinson), working to publish the documents he’s stolen.

Drawing on a duo of books, “The Snowden Files” by Luke Harding and “Time of the Octopus” by Anatoly Kucherena, Stone initially presents his protagonist as a conscientious man pulled in different directions by his loyalty to the government, his larger sense of duty and his love for his live-in girlfriend, Lindsay Mills (Shailene Woodley). Once Snowden determines his eventual course of action, however, a hero-worshipping tone takes hold to a degree that mars the film’s effectiveness.

Indeed, the swelling music and coinlike profile pose with which we take leave of the title figure would not be out of place in a movie about George Washington or Abraham Lincoln.

If the script is historically accurate, the intelligence community does have some life-endangering, morally indefensible actions to answer for, as when Snowden becomes involved in a potentially murderous plot to blackmail Middle Eastern banker Marwan al-Kirmani (Bhasker Patel).

But the larger question “Snowden” raises — how to strike the proper balance between security and privacy — remains a prudential judgment about which viewers of faith are free to disagree. Accordingly, adult moviegoers, some of whom may be put off by the picture’s brief but explicit portrayal of sexuality, will have to draw their own conclusions. Those arrived at, and driven home with a heavy hand, by Stone and his collaborators are all too obvious — to the aesthetic detriment of his project.

The film contains a graphic scene of nonmarital sexual activity, images of upper female nudity as well as partial nudity in a strip club, a few uses of profanity and frequent rough and crude language. The Catholic News Service classification is A-III — adults. The Motion Picture Association of America rating is R — restricted. Under 17 requires accompanying parent or adult guardian.

PREVIOUS: Paige O’Hara, voice of ‘Belle,’ recalls magic of ‘Beauty and the Beast’

NEXT: In space, no one can hear you yawn