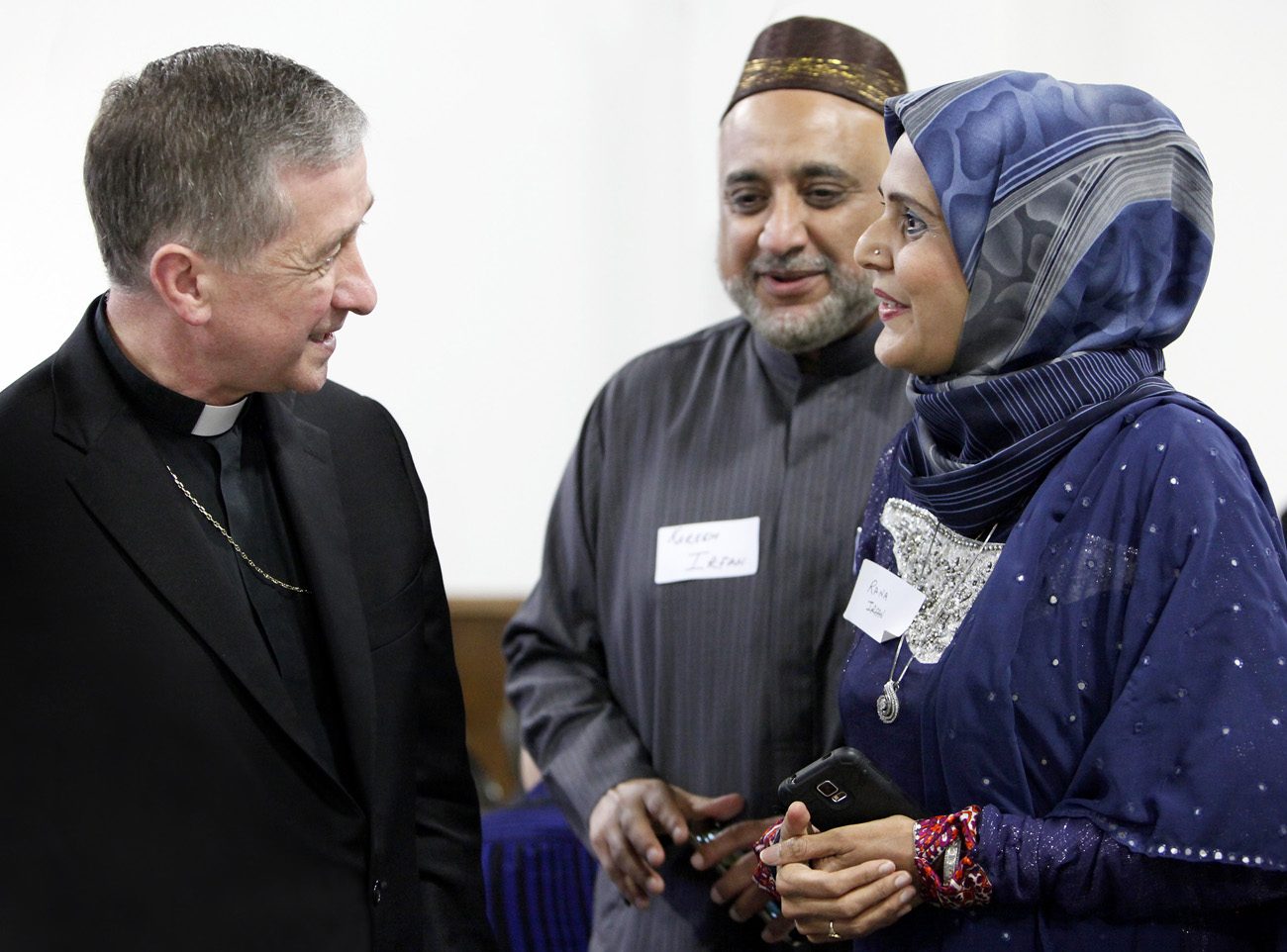 WASHINGTON (CNS) — In grappling with the issue of Islamophobia, a Georgetown University research group conducted an examination of conscience of sorts by looking at Catholic perceptions of Islam and how these views may have been influenced by Catholic news outlets and publications.

The results are a mixed bag, showing how Catholics often have negative or limited views about Islam, but also giving catechists, church leaders and Catholic journalists a starting point for the work ahead, according to the study’s author, Jordan Denari Duffner.

Duffner, a research fellow at Georgetown University’s Bridge Initiative, which studies Islamophobia, presented results of the report, “Danger and Dialogue: American Catholic Opinion and Portrayals of Islam,” Sept. 12 at the university.

— Nearly half of Catholics can’t name any similarities between Catholicism and Islam.

— When asked about overall impression of Muslims, three in 10 Catholics admit to having unfavorable views.

— Catholics are less likely than the general American public to know a Muslim personally.

— Those surveyed who read Catholic publications had more unfavorable views of Muslims than those who didn’t. But the study also was quick to point out that the “vast majority of Catholics do not frequently consume Catholic media,” according to a 2012 study from the Center for Applied Research in the Apostolate, which also is based at Georgetown.

In its introduction, the report said the study appears at a crucial time since there has been an increase in anti-Muslim political rhetoric, acts of violence and discrimination in this country.

Cardinal Theodore E. McCarrick, Washington’s retired archbishop, who spoke at the report’s unveiling, said he was not surprised by the findings and said part of the misunderstanding of Islam stems from fear. The cardinal, who has taken part in several interreligious dialogue efforts, said it is important for Catholics to read and study Islam not only to be able to talk about it but to make efforts toward peace and understanding.

Jesuit Father Drew Christiansen said interreligious dialogue occurs far less than it should in Catholic settings. He suggested that dioceses reinstate interreligious affairs offices and seminaries include interreligious training as part of their curriculum.

“There is so much we can all learn from each other,” he said, noting that Christians and Muslims share the same God. He added that a future companion piece to this report might examine how Muslims perceive Christians.

Jesuit Father Drew Christiansen, a scholar at Georgetown’s Berkley Center for Religion, Peace & World Affairs, said the most disturbing part of the report was the finding that Catholics are less likely than the general public to know a Muslim personally.

“Personal knowledge makes a big difference,” he said. The report also said as much, noting: “Catholics who know a Muslim personally, or have participated in dialogue or community service with Muslims often have very different views about Islam and interfaith dialogue than those who haven’t interacted with Muslims.”

Conversely, he said a more promising aspect of the report was the section on interreligious dialogue where 47 percent of the respondents said its purpose was to get closer to God.

Father Christiansen said interreligious dialogue occurs far less than it should in Catholic settings. To encourage it, he suggested that dioceses reinstate interreligious affairs offices and seminaries include interreligious training as part of their curriculum.

He was critical of books by Catholic authors, cited in the report, that tend to incite fear or anger in their discussion of Islam, described in the report as “part of the Islamophobia industry.”

In its examination of the Catholic media’s portrayal of Islam, the report looked at material published by nine online news sources from October 2014 to September 2015 and found nearly 800 references to Muslims or Islam. In major news outlets, it said, half of the time the word “Islamic” was used it was in reference to the Islamic State terrorist group.

Catholic news outlets, including Catholic News Service, often quoted Pope Francis in stories about Islam. Mentions of the pope’s words about Islam, not surprisingly, had the least negative connotations. CNS was listed as the outlet most likely to bring up the topic of Islam and politics.

Between the lines, the report seems to indicate that U.S. Catholics should take their cue from the pope regarding Islam and interreligious efforts. It quotes his apostolic exhortation, “The Joy of the Gospel,” which says: “Our relationship with the followers of Islam has taken on great importance, since they are now significantly present in many traditionally Christian countries.”

PREVIOUS: Notre Dame event with Ginsburg focuses on her life, not court decisions