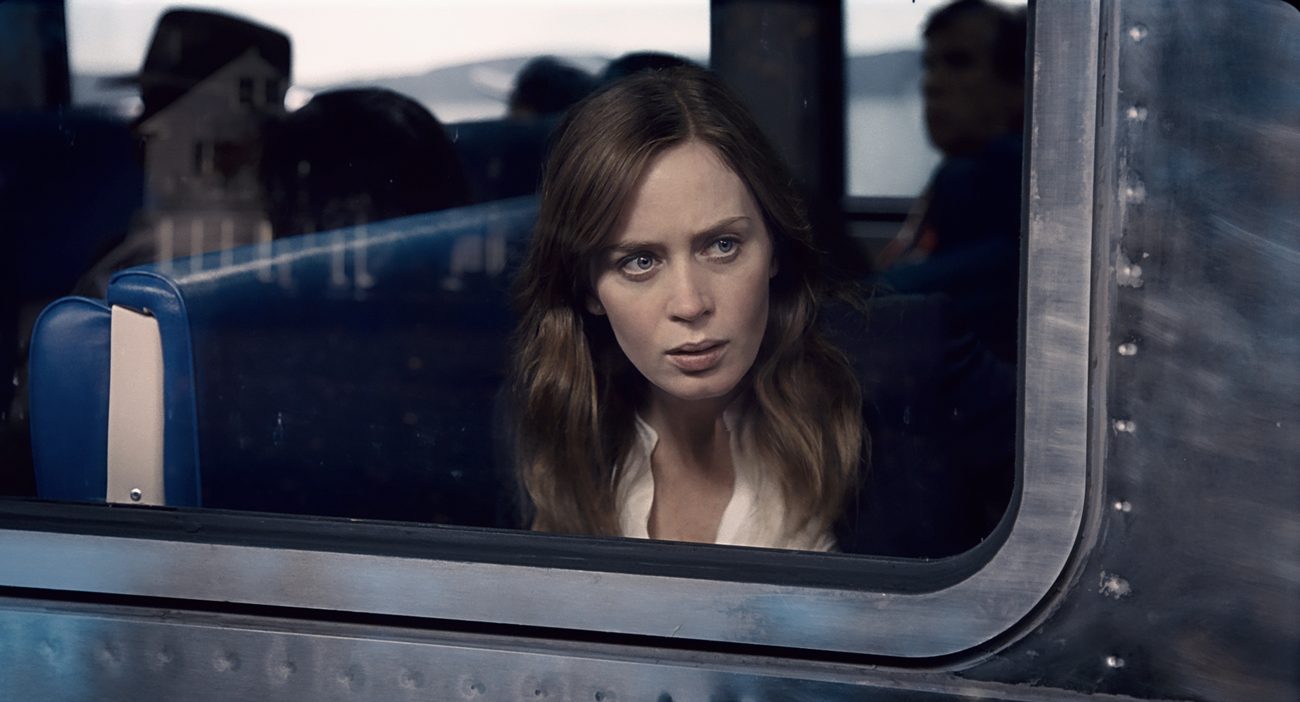 Emily Blunt stars in a scene from the movie "The Girl on the Train." The Catholic News Service classification is O -- morally offensive. The Motion Picture Association of America rating is R -- restricted. Under 17 requires accompanying parent or adult guardian. (CNS photo/Universal)

NEW YORK (CNS) — “The Girl on the Train” (Universal), director Tate Taylor’s adaptation of Paula Hawkins’ best-selling novel, is a film that would like to be taken seriously.

The dialogue is meant to be weighty and the time-hopping presentation of events challenging — even deliberately confusing — for viewers.

For all its artsy pretensions, however, this seamy suburban melodrama ultimately has the feel of a sometimes voyeuristic anecdote told by a persistent barfly. While merely unpleasant at first, moreover, the movie reaches a profoundly immoral conclusion as an act of justifiable self-defense gets mixed up with revenge at its rawest.

Admittedly, Taylor does manage to elicit an intense performance from Emily Blunt in the central role of unemployed alcoholic Rachel Watson, the passenger of the title who also serves as narrator.

Obsessed about the breakup of her marriage to her now-remarried ex, Tom (Justin Theroux), aimless Rachel spends her time riding the train that passes directly by their former home along the Hudson River, where Tom now lives with his new bride, Anna (Rebecca Ferguson). She also becomes fixated on Megan and Scott (Haley Bennett and Luke Evans), the seemingly perfect couple who live just a few houses up the track.

So when Rachel observes Megan apparently cheating on Scott, she’s outraged enough — and thinking in a sufficiently blurry way as a result of the booze — to try to intervene in these strangers’ lives. What follows is a tangled tale of addiction, adultery and murder with a semi-paranoid feminist theme and a male villain straight from central casting at the Lifetime network.

Mixed into it all are intrusive visits to various couples’ bedrooms and one duo’s shower. There’s even some cavorting in the nearby woods. Private life in New York’s tony Westchester County hasn’t seemed this disorderly since the great John Cheever last put down his pen.

What really pushes the picture over the ethical edge, however, is its wrap-up, a nasty bit of mayhem the audience is invited to approve and applaud. There’s a visceral appeal here to moviegoers’ basest instincts that’s only aggravated by the fact that it follows closely on a more morally sound, though barely less violent, development.

NEXT: Author sees 500th anniversary of Lutheranism as a Catholic one, too