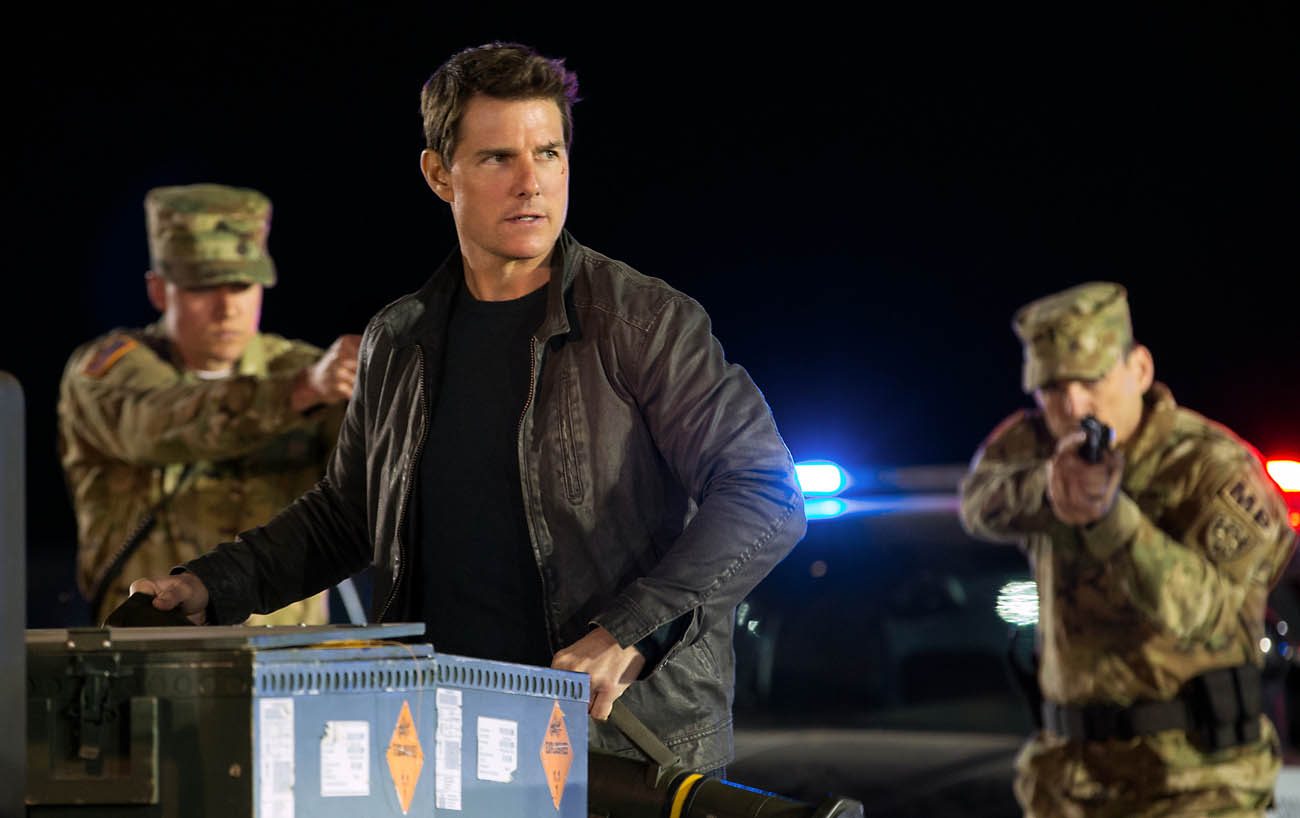 Tom Cruise stars in a scene from the movie "Jack Reacher: Never Go Back." (CNS photo/Paramount)

NEW YORK (CNS) — One thing you can say for the title character in “Jack Reacher: Never Go Back” (Paramount), the fellow does enjoy a good punch in the face.

Whether giving or receiving the jabs, Tom Cruise — in his second venture as the former Army officer turned freelance detective — is as durable as a cast-iron stove.

The difference between this film and the 2012 original, in which Cruise sulked through Pittsburgh, is that director Edward Zwick, who co-wrote the screenplay with Richard Wenk and Marshall Herskovitz, provides occasional moments of pleasantly acidic domestic bickering. That helps break up the narrow escapes, shootings and slugfests — as well as the long sequences during which cast members simply break into a sprint.

The somewhat mysterious knight-errant invented by British novelist Lee Child is a strong moralist according to his own lights. Reacher prefers to live off the grid: paying cash, riding public transportation and abhorring cellphones. He descends into others’ predicaments like a “deus ex machina” and is loyal to a fault, provided you’re on his side.

This go-round, Reacher comes to the rescue of Maj. Susan Turner (Cobie Smulders), a military-intelligence operative with whom he has been playing tentative phone-tag and for whom he broke up a human-trafficking ring.

By the time he finally decides to meet her in person, she has been framed by a corrupt officer for an espionage charge involving murders in Afghanistan. Reacher quickly breaks her out of confinement, and they spend the rest of the film looking for the actual bad guys, who are also tied up in drug smuggling.

As an added twist, Reacher learns that he may have a teenage daughter from a previous fling. Although her parentage is never proven, Samantha (Danika Yarosh) turns out to be almost as resourceful as Reacher and Susan. Indeed, the three of them function as a kind of action-genre family unit, frenetically running from, shooting and pummeling villains in Washington and New Orleans.

While the trio share a two-bedroom hotel suite in the latter city, what may or may not be going on between Reacher and Susan once the lights go out is never even hinted at, much less made clear.

Predictability is the entire goal here. Audiences are supposed to enjoy Reacher’s journey, even when it’s marred by plot holes and some exceedingly trite dialogue. The story is limned so efficiently, there’s no time to give much thought to such details anyway.

The film contains stylized violence, including gunplay, and fleeting crude and crass language. The Catholic News Service classification is A-III — adults. The Motion Picture Association of America rating is PG-13 — parents strongly cautioned. Some material may be inappropriate for children under 13.

PREVIOUS: Baltimore exhibit of religious works of art offers ‘feast for the senses’

NEXT: Movie review: Keeping Up With the Joneses