Movie review: Keeping Up With the Joneses 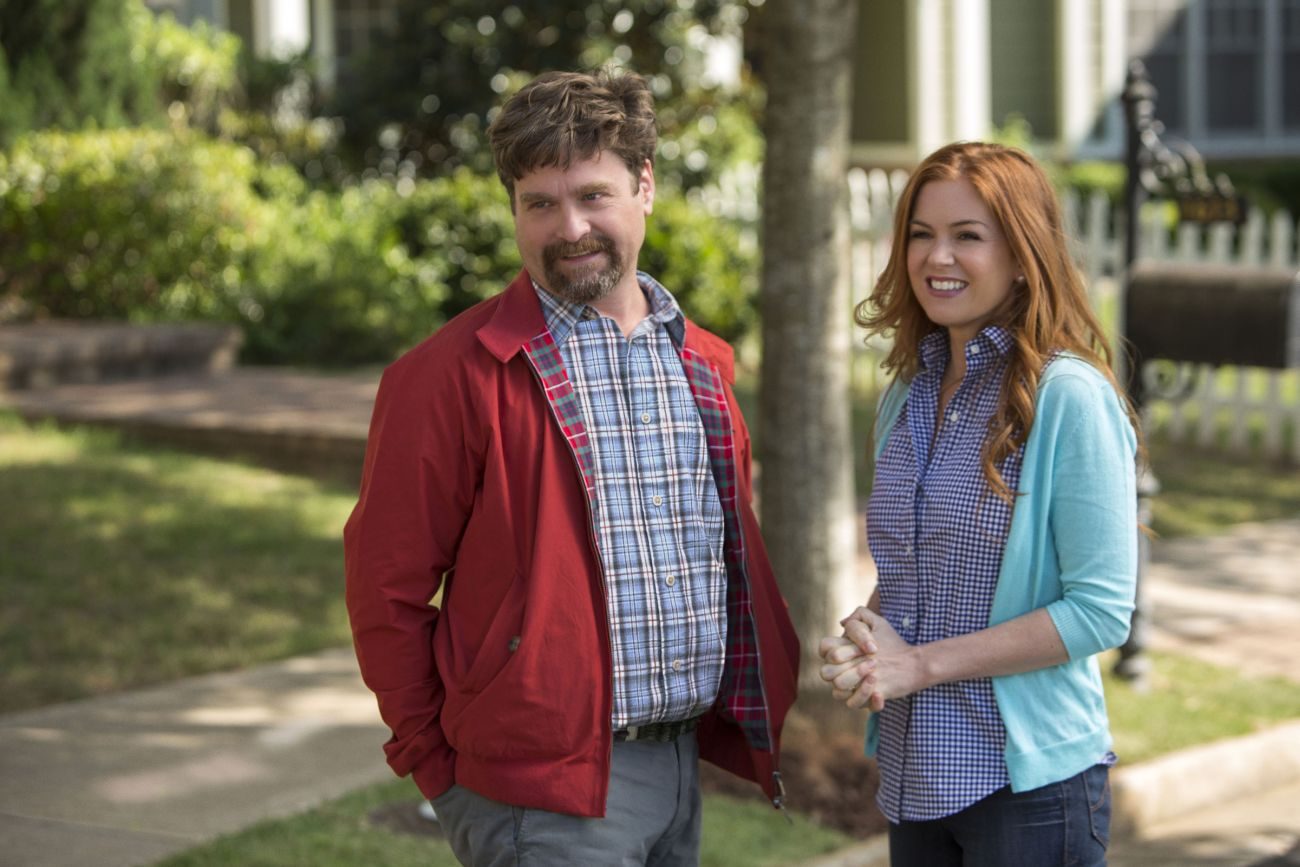 Zach Galifianakis and Isla Fisher star in a scene from the movie "Keeping Up With the Joneses." ((CNS photo/Twentieth Century Fox Film Corp.)

NEW YORK (CNS) — “I am everyday people.” Such was Sly and the Family Stone’s boast in a classic 1968 song, and a similar sentiment pervades the action comedy “Keeping Up With the Joneses” (Fox).

Despite its celebration of the lives of honest, decent, maritally committed suburbanites, however, awkward handling causes both the film’s upright message and its humor to fall flat. What remains are some good intentions and fitful smiles.

Exemplifying the ordinary folks the movie seeks to salute are Atlanta-area cul-de-sac dwellers Jeff (Zach Galifianakis) and Karen (Isla Fisher) Gaffney. Jeff is a mid-level executive in the human resources department of a large defense contractor while Karen works from home as an interior decorator.

With their two young sons off to summer camp for the first time, Jeff and Karen should be concentrating on the pleasures of a temporarily empty nest. Instead, they’re distracted by the arrival of new neighbors, suspiciously perfect couple Tim and Natalie Jones (Jon Hamm and Gal Gadot).

Travel writer Tim speaks Chinese, has a favorite cafe in Marrakesh and learned glass-blowing during one of his stays in Hungary. For her part, Natalie has a gourmet cooking blog and supports a charity for orphans in Sri Lanka.

Jeff and Karen eventually discover that the Joneses are, in fact, undercover spies. But not before Jeff develops a “man crush” on Tim and Natalie casts a spell of exotic sensuality over Karen.

The latter plot line plays off the cliche of men fantasizing about lesbian encounters as Karen, who has followed Natalie into a clothes store, winds up sharing a dressing room with her while they try on lingerie together.

In a bid for laughs of a different sort, Michael LeSieur’s script then drags the Gaffneys through such fish-out-of-water experiences as high-speed chases, shootouts and a potentially life-threatening stint as disguised decoys. During the last of these situations, the girl-on-girl motif resurfaces when Karen and Natalie exchange a lingering kiss, though they do so strictly as a stratagem to distract the bad guys.

As with the underwear scene, this sleight-of-hand smooch is contained within a safe context: both women are happily married, and Karen later explicitly reassures Jeff that it was just a red herring. In fact, Jeff’s confused fears on the subject are meant to be comically baseless.

But LeSieur and director Greg Mottola are clearly not above appealing to the very instincts they’re implicitly satirizing. And that tends to undercut the legitimacy of their movie’s pro-marriage outlook, a stance from which, amid all the bloodless mayhem, they view both the problems besetting and the solutions awaiting their four central spouses.

The film contains considerable stylized violence, semi-graphic marital lovemaking, partial nudity, some sexual humor, including a reference to aberrant behavior, a same-sex kiss, several uses of profanity, at least one rough term and occasional crude and crass language. The Catholic News Service classification is A-III — adults. The Motion Picture Association of America rating is PG-13 — parents strongly cautioned. Some material may be inappropriate for children under 13.